Ryerson’s Counter-Strike: Global Offensive (CS:GO) team is undefeated and first in its division, despite starting the season with a new roster.

The team is 5-0 in the Collegiate Starleague (CSL), a gaming league open to North American colleges and universities.

Ryerson has yet to play U of T, but will face them on Nov. 25. The team captain and third-year electrical engineering student, Alex Kadela, assumes they will, “beat them too.”

CS:GO is a team-based, first-person shooter and popular eSport.

Alex Kadela sat down with the Ryersonian to discuss the season so far. 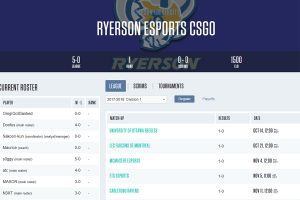 Kadela says he’s the CS:GO captain because, “everyone left.” Many of the team’s players graduated before the semester, and former captain, Daniel Thai, stepped away from the team to focus on school.

Kadela said that made things difficult.

At the start of the season, he had no idea what was going to happen.

He said Ryerson Esports vice president, Sebastien Martin-Schultz, was helpful in starting up a new team.

Kadela is an experienced CS:GO player. He was on the Ryerson team in 2016 when it placed third in North America at the National Collegiate eSports Association’s playoffs in Santa Ana, California.

Now, he plays the role of in-game leader, briefing his team on strategy and making sure he knows team equipment.

“I’ve gotten used to being the leader… I’m more confident in it.”

He attributes his team’s success this year to “firepower.”

The team has five players and a substitute. Two have experience in the E-Sports Entertainment Association’s CS:GO league. One played at the semi-professional MDL tier and the other in the lower, but still high-calibre, main tier.

This makes for a highly-skilled team.

Kadela says that despite his team’s technical prowess, “we can be a bit disorganized at times.”

Something will happen in a round and the team won’t stop, slow down, and reevaluate the game.

“It should be a bit more calculated.”

Kadela said “there is a fear” his team could lose to opponents that are equally skilled but more organized than they are.

To prevent that, the team just needs to keep practicing, Kadela said.

The CS:GO team practices Tuesdays and Wednesdays, and it tries to practise Saturdays before its weekly CSL games.

Kadela said the team has a good chance of placing highly this season.

He said there are a lot of very competitive universities in California that Ryerson has yet to face. 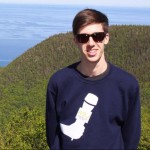