Ryerson curlers come up light on Day 1 of OUAs

“More wins than last season” has been the commonly-stated goal of both Ryerson Rams curling teams when discussing this year’s Ontario University Athletics (OUA) championship. After the first day of competition, however, it’s clear that this goal could be more of a challenge than expected. The women’s team won big and lost big to start the tournament at 1-1, while the men were on the losing end of two of the closest games of the day, starting their campaign at 0-2.

The women’s team began this season’s championship on a high note, easily defeating the Lakehead Thunderwolves 10-2 in Draw 1. This was an improvement from last year’s OUAs, when they lost their opening match.

All four Rams made important takeout shots in the first end to force the Thunderwolves to just one point with hammer. With hammer in the second end, the Rams had an opportunity to score three, but skip Maggie Macintosh’s final shot came up light by about six feet.

Macintosh didn’t make the same mistake again, however. After an excellent hit-and-roll behind cover in from vice Nicole Titkai, Macintosh successfully made a draw and then a hit-and-roll in the third end to guide the Rams to a steal of two. Macintosh and Titkai continued to make their shots in the fourth end, getting rocks in scoring position and forcing two misses from Thunderwolves skip Hailey Beaudry to steal another two points. The Rams won the game 10-2 in six ends, as Lakehead conceded two ends early. 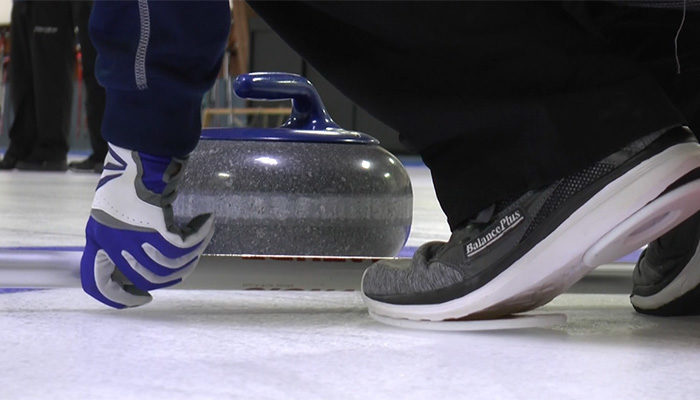 Macintosh said she was happy with how she rebound after her early miss.

“I was apologizing to my teammates, [I was] like ‘man, how did I screw that up?’” Macintosh said. “I came back and made a draw [in the third end] and that’s when I knew I had my draw weight and I was pretty consistent for the rest of the game.”

In their second game of the day against the Laurentian Voyageurs, the Rams were on the opposite end of a blowout. The Voyageurs, who Macintosh identified as one of the favourites for the women’s tournament, were able to steal two points in the second end to take a 2-0 lead.

Facing trouble again in the fourth end, Macintosh had to hit and stick to avoid giving up a steal of four. Macintosh made the hit, but her own rock rolled out, giving the Voyageurs another big steal and a commanding 7-0 lead that would ultimately become an 8-2 win.

The men’s team opened their tournament with a close game. The Carleton Ravens, who the Rams beat 9-5 in the round robin last season, forced the Rams to blank the first two ends after the Rams were unable to get rocks behind cover.

Ravens’s skip Douglas Kee had the opposite problem as Leslie, however. Kee’s final stone landed a few feet light to give his team just a single point.

The Rams finally seemed to be in control in the seventh end. After vice Alex Champ was able to split the house and leave the Rams sitting two rocks in scoring position, Leslie capitalized with a hit-and-stick to score two and retake the lead. But in the final end, Kee got a lucky miss with his final shot, over-curling but still making a hit-and-roll (albeit hitting a different rock than he intended) and getting two points for the win.

The second game of the day for the Rams against the Guelph Gryphons was similarly competitive. The Gryphons didn’t start the game with hammer but were very much in control, stealing a point in the first end and then forcing a blank in the second. After seemingly making every shot they called, Guelph’s skip Joseph Hart rolled out on a hit-and-stick attempt in the third end, finally allowing Ryerson to capitalize on hammer and score two.

Guelph scored a single point in both the fourth and fifth ends, on a light draw from Hart and a missed takeout from Leslie, respectively. In the sixth end the Rams started to assert themselves more, and after a poor start to the end a pick from Hart and two good control weight hits from Leslie allowed the Rams to score one and tie the game. After limiting the Gryphons to a single point in the seventh end, the Rams were able to split the house in the eighth end and put themselves in winning position. But, just as Hart missed earlier in the game, Leslie rolled out on a hit-and-stick and ultimately had to draw for one to force an extra end.

In the tiebreaker, the Rams got off to a good start and had multiple rocks in scoring position. The Rams tried to protect their rocks in the house, but were undone when two rocks, one each from Champ and Leslie, were light and didn’t cross the hog line. The Gryphons took full advantage of the Rams misses, with a hit and stick for a single point and the win, with the final shot of the extra end.

Both Rams teams will be playing two more games today. The women take on the reigning OUA Champion Wilfrid Laurier Golden Hawks, followed by the Carleton Ravens. The men will only have one game, going up against the Waterloo Warriors in the afternoon. 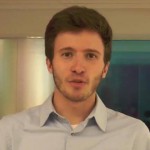