Ryerson dance students take the stage for a 25-piece showcase

Ryerson Theatre School put the talents of Ryerson students on display in its new show EnChoreo, which presented pieces danced and choreographed by first-, second- and third-year dance students.

The show ran March 22-24 and was produced by Tanya Evidente, a Ryerson dance associate professor. Evidente said that this showcase served as an extension of the upper-year dance show, Choreographic Works.

Rather than taking place at the Ryerson Theatre like the upper-year dance show, this show was performed on the third floor of the theatre school building in McAllister Studio.

EnChoreo consisted of two acts, divided by a 15-minute intermission, similar to the structure of Choreographic Works. However, EnChoreo only has one version of its show with a total of 25 pieces. Choreographic Works had two separate shows to accommodate all of the routines.

The show began with a solo routine performed and choreographed by Téa Paluzzi called “The Way Your Heart Came To Love Mine,” which drew from contemporary and jazz dance styles to make a beautiful piece. The way Paluzzi gracefully spun around, combined with the shadows that were cast as a result of the lighting, made for a mysterious and stunning piece.

“Starting To Sink,” choreographed by Kelsey Elliott and performed by Elliott, Olivia Armstrong, Kaitlyn Bass and Kelsi Blashko was another notable piece from the show because of its storytelling. The music’s defining lyrics drew on themes of death and the struggle to hold onto life. Three of the dancers were wearing black, while one was wearing red. The movements of the dancers in black often overpowered the one in the red. This can be interpreted as death trying to take over a person struggling to survive.

The piece that ended the first act, “4 Rounds of Swing,” was a spectacle to see. Choreographed by J.C. Vaughan, the piece featured 28 dancers.  The piece stood out from the rest of the first act because the music was lively and upbeat, the costumes were brightly coloured and the dancing was fast-paced and included aerial flips.

Aside from the wonderful dances that EnChoreo showcased, there were two pieces at the end of the second act which fused dance with spoken word poetry. “Live and Die on This Day,” performed and choreographed by Bass, and “Thumbnail,” choreographed by Clara Eaton, which was performed by six dancers, fused the two arts together. Bass’ piece mixed in an entire poem paired with her movements while Eaton’s routine featured fragments of a poem, with paper bags serving as props that the dancers would wear on their heads.

The show concluded with “Yanaway Heyona,” a group routine that was choreographed by Zoe Kenneally. This piece illustrated a human staircase for one dancer to gently climb, evoking “oohs” and “aahs” from the audience.

Overall, EnChoreo was an entertaining show because of its unique flair, variety of dance pieces, and a great look at the fresh faces in the world of dance. This show proves that these dancers will continue to grow more talented as they nurture their art. 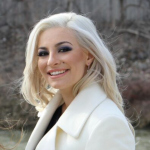