Over the past two decades, David Dixon has remained at the helm of the North American fashion scene. The Ryerson alum is known for his revolutionary “little black dress” in womenswear collections and his eponymous Town Shoes brand. This year, he celebrates the 20th anniversary of his label with the unveiling of his fall-winter collection at World Mastercard Fashion Week.

Back in 1993, when Ryerson made the transition of becoming a polytechnical institute to a university, the fashion program was the first to receive degrees. Dixon was the third male to graduate from the program.

Dixon says Ryerson provided him with the tools to help him succeed. “It was such a great experience. When I look back at my career at Ryerson, I think of it as an occupation –  we’re not just there to learn but to experience as well.

He says it’s your job to learn and become who you want to become. “What Ryerson set up for me was time-management – how to do that really well. They taught me the skills in which to learn and they gave me a sense of belonging.”

He adds that he had a good group of instructors, who embraced and encouraged him. “[They not] only gave good constructive criticism but they also said ‘David, you can push this further.’ They became very involved.”

Dixon takes great pride in the partnerships he’s been able to uphold for all of these years.

“My relationship with the Hudson’s Bay and the people I work with here in the studio — to keep that team together is quite a challenge because there’s so much out there that can influence change,” he says.

“I think that’s probably one of my greatest achievements.”

As he enters the third decade for his namesake label, Dixon says he would like to expand his brand at many different levels.

“I would like to venture into fragrances, cosmetics and skincare. An evolutionary branch into what I do – so that the woman I design for can finish off her look with a spritz of a fragrance,” he says.

Dixon understands that not everyone can afford the price of designer clothing, and hopes his future ventures will be able to give everyone a piece of his brand.

“(If) they still want to feel like they’re connected to something, they’ll pick up a fragrance that’s $60 to $80 and still feel like they are a part of that story,” he says.

“I do these things not just for my own selfish reasons of getting out of my own space. I like being around that young, fresh energy and helping them guide their passion,” he says.

He says, “If Ryerson approached me to say, ‘we want you to be a part of our mentorship program,’ I would gladly be a part of it.”

He says the key factor that keeps people coming back to his shows even after 20 years is the entertainment.

“When we plan a show every year, it’s our job to capture them and engage them for 10 to 15 minutes. We let them escape and experience a moment in time – that’s what we try to do.”

Despite being well-established, Dixon says, he wants to continue making new collections, telling stories and experimenting with making designs for all price-points.

“You never truly feel like you’ve accomplished it because it’s an ongoing process of redevelopment and redefining yourself and getting to a moment of where you’re evolving all the time.” 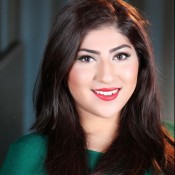 Khadija Khan wass the Features Editor for The Ryersonian. She was formerly at The Plaid Zebra Magazine. She enjoys reporting for TV about fashion and lifestyle.

Khadija graduated from the Ryerson School of Journalism in 2015.

Khadija Khan wass the Features Editor for The Ryersonian. She was formerly at The Plaid Zebra Magazine. She enjoys reporting for TV about fashion and lifestyle. Khadija graduated from the Ryerson School of Journalism in 2015.