An assistant professor at the Ryerson School of Fashion is researching how bacteria and yeast can be used to dye clothing more sustainably.

The practice of using living things such as plants or bacteria in designing products or creating art is scientifically called bio-design. The goal is to increase the relationship between fashion design, nature and science where living organisms form an important part of the design process. This emerging trend is a response to the climate crisis and the demand to manufacture clothing more sustainably.

“In an era of overconsumption and high pollution, nature [bio-design] is the best model to use,” said Anika Kozlowski, who teaches fashion design, ethics and sustainability. “What we have and the systems we have now are linear and very polluting, and at scale, that’s magnified.”

The most common way to colour garments is to use synthetic dyes — which create more colour, are faster and more simple to work with. Some examples are picric acid, acid fuchsin and methylene blue.

These chemical dyes, however, are harmful to the environment because they pollute the water. They also contain substances that are dangerous to the workers’ health and the health of those wearing the clothing as they contain dioxin which is a carcinogen and disrupts hormones.

Although the practice of bio-design with bacteria, yeast and plants takes more time and work, it may be better for the environment and consumers’ health.

Kozlowski, who has a PhD in environmental sciences and specialized in systems thinking and sustainable fashion, said bio-design is used in colouring fashion garments through the use of biological processes and finding what happens in nature, then applying it to the design.

For example, when dyeing silk, bio-designers use a medium for bacteria to grow on known as a plate of agar and a specific bacteria called streptomyces coelicolor. As this bacteria grows, it produces a pigment compound. This pigment will then dye the clothing with natural colours if the silk is placed on it or brushed onto the garment.

Janine Benyus’ book Biomimicry prompted the bio-design movement in 1997. In his groundbreaking book, he encouraged designers to look to nature for inspiration, according to a Smithsonian Magazine article.

The key difference between synthetic dyes and colouring garments through bio-design,

Kozlowski said, is the potential sustainability for the planet.

“Nature does not pollute itself, nature is regenerative and there is no waste in nature,” she said.

The biological process of nature evolves in a circular cycle. Everything that has a purpose in nature is reused and can become food. The process for dyeing the majority of clothing, on the other hand, uses an enormous amount of water and other resources. Kozlowski said approximately half of a synthetic dye will adhere to the fabric, but the other half of the dye is left in the water which is then released into natural ecosystems and not treated.

Even though bio-design has the possibility of being more sustainable, Kozlowski said more research and testing needs to be done to ensure nothing can in fact be harmful.

“Bio-design has the potential to be less resource intensive and be regenerative,” Kozlowski said. “We just have to make sure we use technology in a responsible way.” 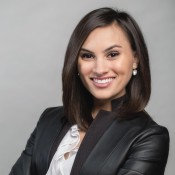 Why did Conservative candidates hide from their Toronto constituents?