For more than 25 years, Salad King has fed a mix of students from Ryerson, shoppers around Yonge Street, business people from nearby offices and tourists visiting the city — hosting approximately 1,000 guests per day.

But on March 17, Alan Liu, managing director of the Thai restaurant, closed the dining room area, per directive from Toronto Public Health.

He’s among the many business owners across the province who fear the effects COVID-19 shutdowns may have on their small businesses.

Prior to the closure order, Liu started implementing more safety measures, such as stricter illness and quarantine prevention measures. He spread customers out and made sure additional cleaning was being done.

“We knew that if we had to close, the financial impact to the staff would be significant and we were just as concerned about that as the health issues around COVID-19.”

At this time, Liu has decided to keep the restaurant’s takeout and delivery business going, instead of closing down completely.

However, Liu said takeout and delivery won’t cover operating costs such as rent, utilities and insurance. Instead, it will only allow him to keep a few of his staff employed.

“As a downtown business, we have much higher fixed cost in areas such as rent, property taxes, etc. And with restaurants being such low margin businesses with significant cash flow, this is not an easy task,” said Liu.

“For now, because of the need [for] social distance, we wouldn’t be able to bring back any more workers than we already have.  But it’ll make a difference when we restart as it’ll allow us to bring back the full team ASAP, even with the unknowns,” said Liu.

However, unlike the previous financial crisis, said Liu, the consumer is being hit as well and won’t have the cash to spend. So it’s quite unlikely many businesses will survive, even once some sort of normalcy resumes.

“Our sales went down almost 90-95 per cent from our usual, and we’ve had to let go of all of our staff, unfortunately,” said Arafat. He fears all that’s been built in the last four years can be gone in the next few weeks.

“If we continue with this trend, the only one who’s going to survive is the big brands. There will be no small independent coffee shops, bars, or anything like [Page One] anymore,” said Arafat.

Currently, his café, which doubles as a bar, practises social distancing and has sanitizing stations in store. Right now there’s only Arafat taking orders.

“A Tim Hortons owner can actually go and apply and utilize these subsidies,” said Arafrat. “But “mom and pop” shops don’t have the resources and the administrative capacity to go and pursue all these things, compared to a big corporation who would have small franchises.”

To help support small businesses, Arafat said people can buy gift cards, as the revenue from them will go directly to the retailer and can be used anytime afterwards.

“This is good cash that can come and help…anything in this situation helps.” 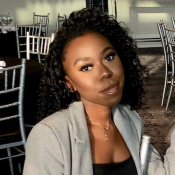 Student groups are taking out the social from social distancing