For the first time since the Canadian Women’s Hockey League (CWHL) formed in 2007, players competing in the nation’s highest level of women’s hockey will receive financial compensation for their efforts.

Living the professional hockey lifestyle is something kids throughout the country dream of. While most female hockey players still don’t earn a living wage, being paid is a step in the right direction.

Wronzberg, 24, who graduated from Ryerson’s School of Journalism in 2016, has a job at a sports apparel company in addition to coaching and playing the game she loves.

During her graduating year, Wronzberg was one of three Rams picked in the 2016 CWHL draft — the first three players Ryerson has ever sent to the league.

Wronzberg, along with her teammate Jessica Hartwick, was drafted by Brampton Thunder last year, a team that relocated to Markham.

Hartwick, 24, was picked 38th overall by Markham at the 2016 CWHL draft, five picks before Wronzberg.

Hartwick played on the men’s hockey team at Notre Dame Catholic Secondary School prior to starting her five-year career at Ryerson in 2011.

She was team captain for two seasons, finished her tenure as the team’s power-play goal leader with six goals, and joined Wronzberg as one of the few players to play 100 games for the Rams.

Hartwick is still a part of Ryerson University, as a skate training specialist, and is in the process of starting her own hockey development program, Hart & Stride Hockey Development Inc.

Looking back at her days as a Ryerson student, she said she misses her teammates the most.

“When you are with a group of girls for hours upon hours, seven days a week, you make a really strong connection with them,” Hartwick said.

Melissa Wronzberg gets ready for a faceoff for the Markham Thunder. (Photo by Teri De-Lauro/CWHL)

Like Hartwick, Wronzberg is living her dream of playing against her Olympic heroes and becoming an inspiration to young girls across the country. But she also has unique memories about her time at Ryerson.

An honour roll student and former female hockey player of the year at Premier Elite Athletes’ Collegiate in Toronto, Wronzberg never missed a single game during her five-year career with the Rams. As such, Wronzberg set a record for most points ever by a Rams player, finishing with 60 points in 124 games played.

Personal achievements aside, Wronzberg was a part of something more important than any single player could achieve.

On Feb. 13, 2015, Wronzberg helped set up Emma Rutherford with the goal which sent the Rams to their first and only playoff appearance to date.

The team wouldn’t make it out of the first round against Guelph, but that doesn’t diminish the effort. In fact, it’s one of Wronzberg’s favourite memories at the school.

“It was a first for the program so it was nice to see all our hard work pay off, especially after the first couple seasons we had,” she said.

Hartwick was the captain of that historic Ryerson team. With the guidance of the Rams coaching staff, Wronzberg and Hartwick put their names in the running for the CWHL draft following the end of their time at Ryerson.

The league was a goal of Wronzberg’s for a while, with the idea of playing against athletes she watched compete for gold medals at the Olympics as an exciting incentive.

“I figured I might as well try or I’d regret it,” said Wronzberg.

Going to Brampton brought her career full circle, having played through the Brampton system as a young girl.

“I had no preference going into the draft, but I was pretty excited that it was Brampton and it turns out I love the girls on the team. So looking back I’m really happy it worked out the way it did,” Wronzberg said.

Hartwick said she was pleased to have a friend drafted with her after years of playing together. She said it was exciting to know that there would be a familiar face on the team.

With the 2018 Olympics taking many of the league’s top stars, teams will be forced to play without some key players throughout the year. For Markham, Laura Stacey, Laura Fortino and Jocelyne Larocque are all expected to represent their nation in South Korea.

This means that Wronzberg and Hartwick will be called upon to fill in the gaps throughout the year and help their team compete for the 2018 Clarkson Cup.

“Both of them have been given a lot more responsibility this year, Hartwick especially,” said Markham Thunder general manager, Chelsea Purcell. “With us losing our four national-level defence (players), she has stepped up into a top role.”

Wronzberg hopes that when her playing days are over, she can continue as a hockey coach, just like she does now with the Provincial Women’s Hockey League club, the Toronto Leaside Jr. Wildcats. She also hopes to expand her writing portfolio and continue her goal of becoming a journalist.

For Hartwick, her long-term plan is simple. She wants to make a difference for girls everywhere.

“I think that my main goal in this league is to be an ambassador. I want to be part of the reason why girls start playing hockey and why girls continue to play hockey,” she said.

“That to me is way more important than winning a championship.” 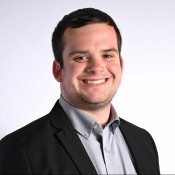