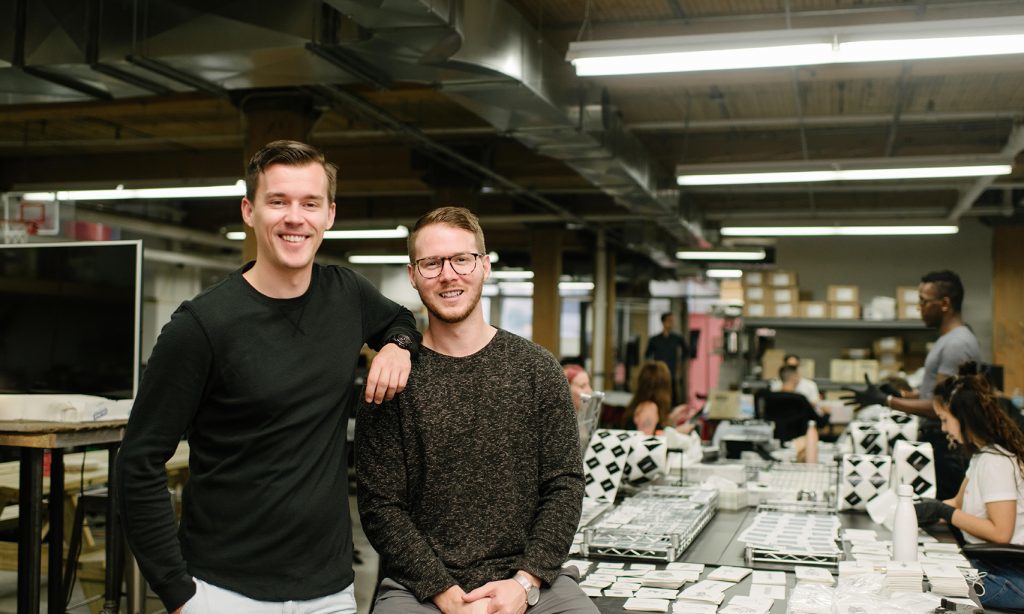 Just above the streets of the entertainment district sits an office, humming with the sound of lasers and laughter.

The atmosphere is calm, as employees sit at computers while others swirl around the open, white office packaging shipments and making products. There are tables that hold half-made tattoos that are starting to soak in ink, while more are being laser cut across the room.

This is inkbox, a semi-permanent tattoo company on King Street. It’s like its own ecosystem, and it just turned three.

In 2015, brothers Tyler and Braden Handley created inkbox and its first product, a $15 tattoo kit, through the Ryerson Fashion Zone. The ink was developed after looking into semi-permanent tattoo options and finding groups in Panama that had been using the pulp of a plant called Genipa Americana for decades. The ink creates a black tattoo that looks like a permanent tattoo but lasts for eight to 18 days. 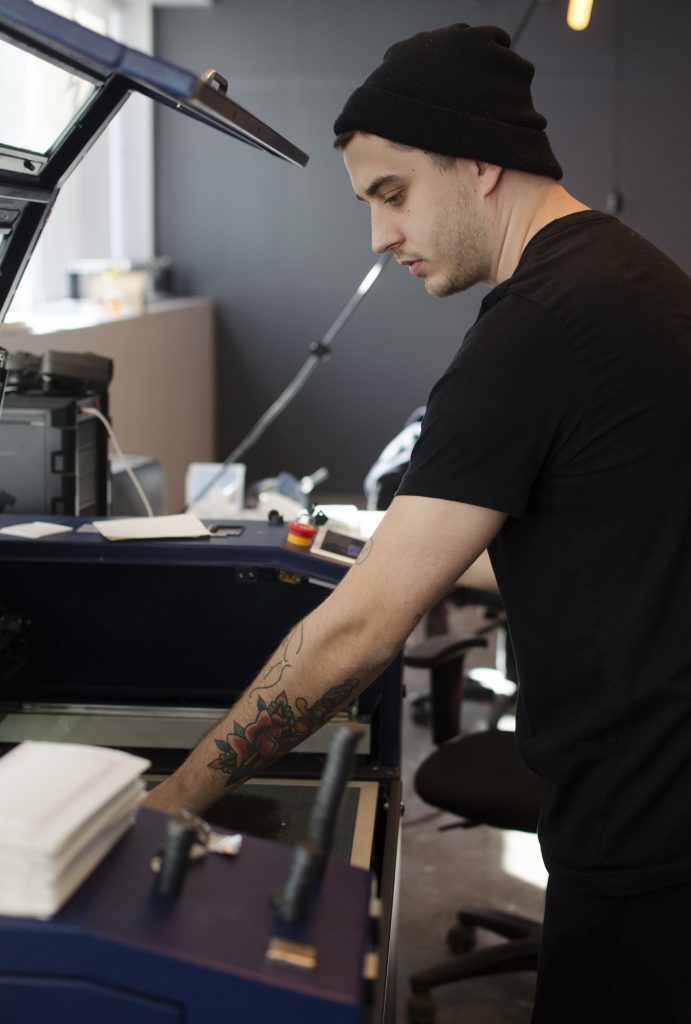 After bringing their project to the Fashion Zone, they used crowdfunding through Kickstarter to raise money, setting a goal of $20,000 for lab and manufacturing costs and shattering that goal by raising $300,000.

That’s when co-founder Tyler said they knew they had something, and Fashion Zone director Andrea Romero agreed.

“There was no 14-day tattoo,” Romero said. “Yes, there was henna, there were different forms, but this was something that was so easy to commercialize because it was a need that people didn’t even know that they had.”

Most people were either committed to getting tattoos or against them, said Romero. But inkbox gives people who aren’t so sure about whether they want tattoos the opportunity to test run before committing.

Their company is unique. The Fashion Zone hasn’t seen a startup like it.

“We often get a few companies that are very similar,” said Romero. “But their industry, no one seems to have even tried in Canada.”

And their influence is growing. Since the Fashion Zone, the brothers have been featured on Dragons’ Den, where they received a deal that helped them grow from six employees to around 40.

In the fall of last year, the Handley brothers moved into a new office on King Street connected to a storefront for their semi-tattoo parlour, the first of its kind in Canada. 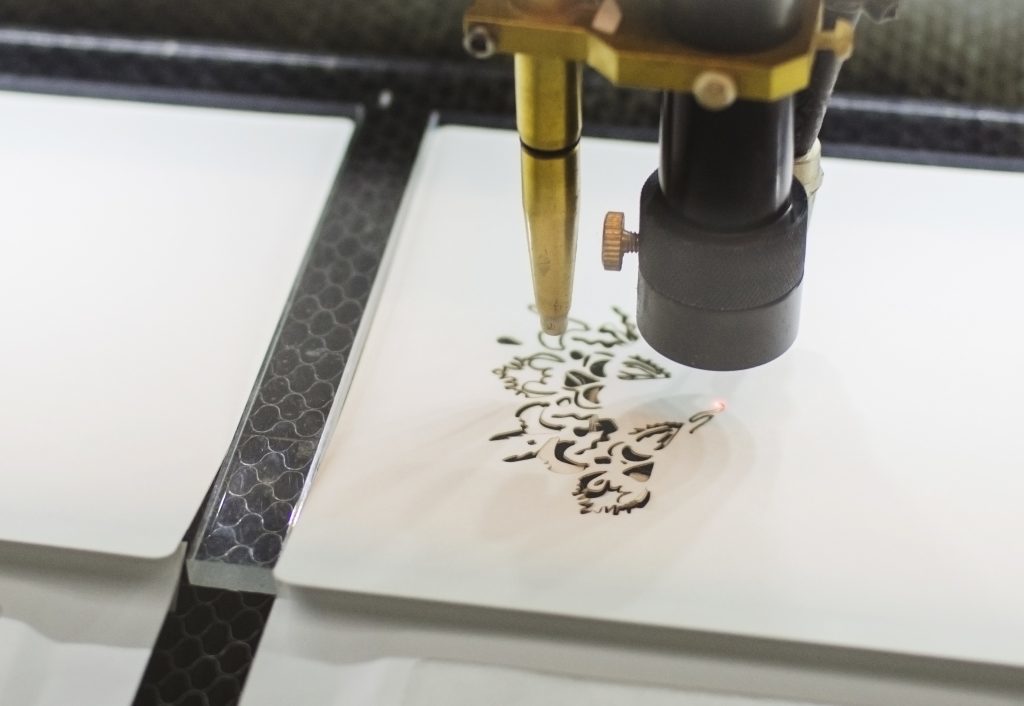 “People are always going to want real life experiences, and I think the key word there is experiences,” said Tyler.  “We’ve set out to create an interesting new experience for body art and tattoos.”

Tyler said going to the parlour is a chance for customers to learn about the products and experience the inclusivity of tattoos. They are open on weekends for now but will open full time in the warmer months.

He said inclusivity was something he and his brother learned about after releasing the product and witnessing customers using it for religious, cultural, or medical reasons. Another use they didn’t anticipate was television makeup, which led to their tattoos being featured on the second season of Stranger Things.

“The makeup department reached out to us, asked us to send them some of the ink, and then asked some questions about it, where they should be applying it and tricks,” said Tyler.

The brothers gave the team a call to answer their questions and were later told that they’d be featured heavily in Episode 7. Fans of the show may recognize Eleven’s wrist tattoo right away, but when El runs into the mohawked rebel Axel, inkbox’s tattoos get more screen time.

For the most part, inkbox’s collaborations are with artists, like actress and singer Debby Ryan, tattoo artist Curt Montgomery and a number of Canadian artists of all types. Tyler said their future work revolves around the idea of ecosystems, and one ecosystem they hope to develop is around artists helping them promote inkbox while also making a cut of the profit. 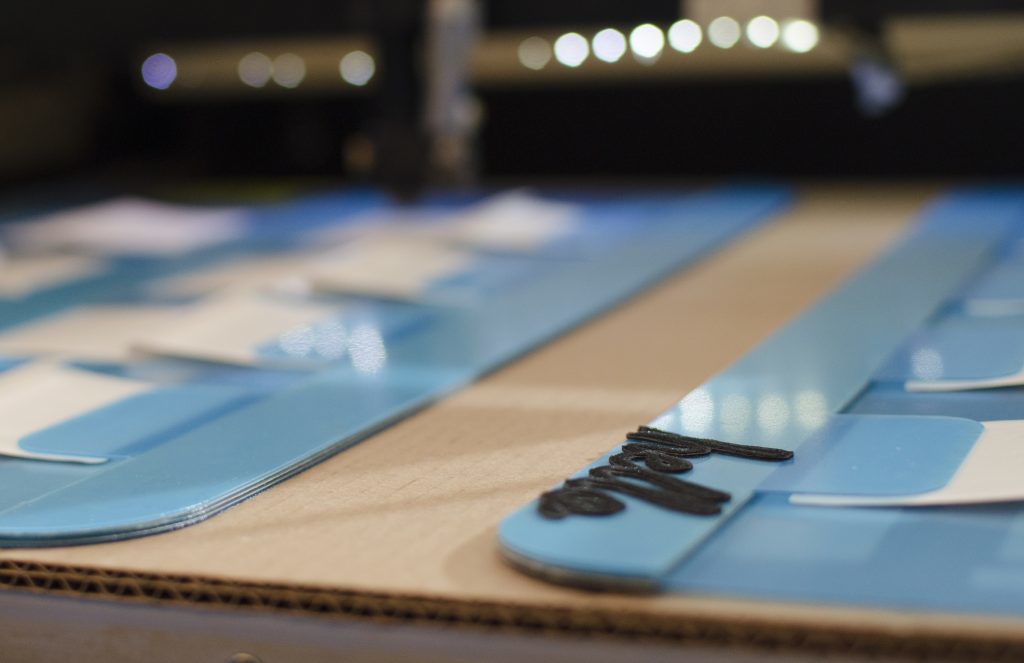 One of those artists is Ryerson alumna Andra Bogdan, who found the company through ads on Facebook and Instagram. Since reaching out, Bogdan has enjoyed being a part of inkbox’s artist community, especially considering their shared alma mater.

“It makes me proud that we have Ryerson in common,” said Bogdan. “I contacted inkbox directly because I was interested in collaborating right away and didn’t know how the process would work. They took a look at my portfolio, set me up with an artist account, and I’ve been uploading designs at my own leisure.”

Bogdan said she likes the flexibility of collaborating with inkbox and also appreciates that artists receive a commission from each sale in addition to retaining the copyrights to their designs.

“I’ve made custom tattoos for people in the past,” she said, “but this is the first time a company was offering me a platform to actually sell my designs to a broader audience.”

Beyond giving artists a broader audience, inkbox is also planning to continue expanding its products to help artists create the best work possible. Last year, they released their freehand ink bottles in the fall, and this year they released packs of multiple-sized tips and shaded ink.

Tyler said they eventually hope to host “ink and drink nights,” similar to paint and wine events, where customers can receive freehand work from artists while enjoying the event. 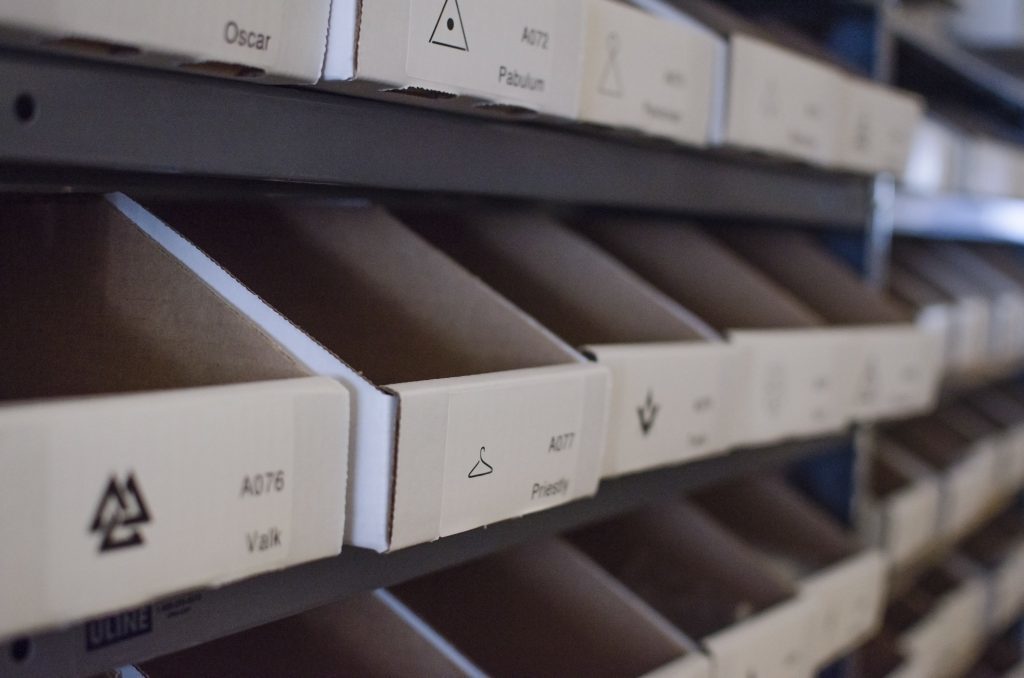 “One of our core values at inkbox is, ‘good enough never is,’” said Tyler. “We’re always trying to improve on the product because there’s a lot of blue ocean for us to attack.”

Their future plans include expanding on their work involving freehand products, Tyler said. They also have a research and development team working on coloured ink, tattoo longevity, ink application, and more.

“In the next year, you’re going to see a lot of new things coming from us.”

Ryerson on the big stage