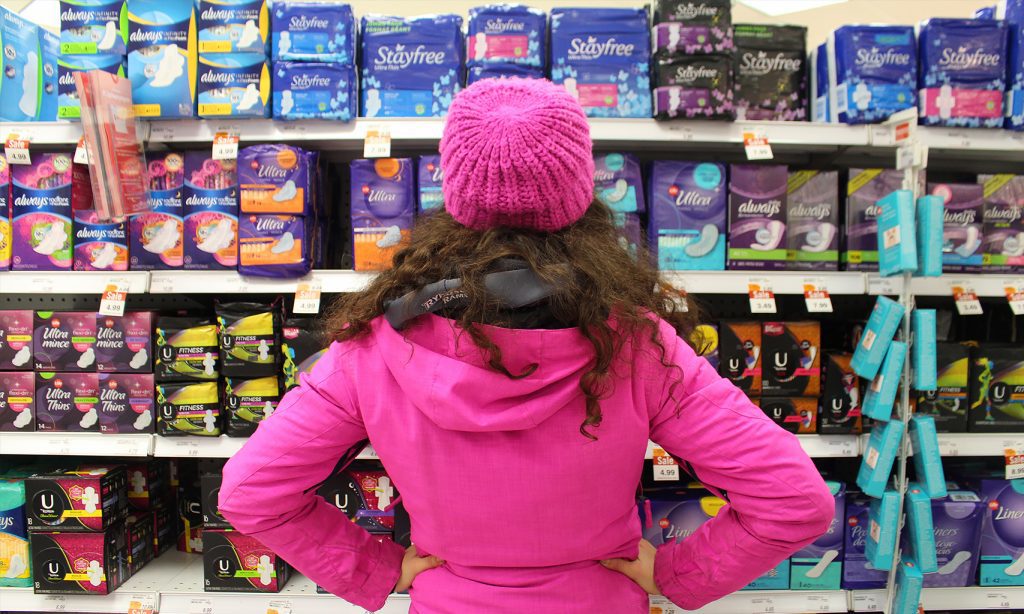 Ryerson students are collecting menstrual hygiene products to donate to homeless women and transgender people who may be unable to afford them. The Homeless Period Project launched on Feb. 5.

Products such as pads, tampons, and wipes, among others, will be collected on campus during the month-long fundraiser, and donated to shelters around Ryerson. This is the second year the fundraiser will be running.

The drive is a collaborative effort between the School of Occupational and Public Health Course Union (SOPHe), Women in Information Technology Management (WITM) and Environment and Urban Sustainability Students’ Association (EUSSA), and will be funded by the Rotaract Club of Ryerson University (RCRU).

In addition to physical donations, the project is accepting monetary donations online. So far they have raised $330, and the RCRU will be matching donations up to $500.

Ryerson student Allysson Linis is spearheading the event. Linis founded the Homeless Period Project last year after seeing a video that illustrated the struggles many homeless people face when dealing with their periods.

“A lot of them have to improvise, so they would use napkins or plastic sometimes,” said Linis. She said the more she thought about it, the more she felt she had to do something.

“I think it’s super important because this issue is so overlooked by so many of us,” she said. “You have organizations that openly support and donate food, clothing, all that stuff, but not a lot of people actually think about donating pads or tampons.”

According to Nina Gorka, director of shelters and girls and family programs at YWCA Toronto, menstrual products are always in demand at their shelters because “they are a necessity and expensive to purchase.”

There is some debate about the actual cost of a period. In an article from 2017, Chatelaine estimated products cost around $65 a year. Jezebel put the cost at roughly $60.

“Once people leave the shelter, or before they access the shelter, they have to figure out how to purchase their own menstrual supplies,” said Gorka. “This can mean choosing between a meal to eat or other basic necessities, or choosing to purchase menstrual products. This is not a choice a woman should be forced to make.”

Women make up 27.3 per cent of the homeless population in Canada, according to a 2016 report by the Canadian Observatory of Homelessness. There is very little information currently available about the numbers of trans people who experience periods while homeless.

The fundraiser has gathered support on Facebook, and Ryerson students seem to agree with Gorka.

“Lack of these products is an inhumane way to live, not to mention uncomfortable and downright messy,” said Emma Scott-Trimble, first-year new media student.

Scott-Trimble also said that menstrual hygiene products should be provided to people for free, “the same way prescriptions are now free for people under 25.”

Linis is planning to split the donations between YMCA Sprott House, Mary’s Home and 6 St. Joseph. The fundraiser will be running until March 8, which is International Women’s Day. Donations can be dropped off at TRS-1137 or POD-250.