When fourth-year history student Daniella Enxuga dates, she goes through more than the average first-date jitters. She has to think about how her partner will react when she comes out as an asexual.

“Maybe you just haven’t found the right partner yet.”

“Have you never had sex before?”

“I think you have a low sex drive.”

These are three frequent reactions Enxuga gets when she comes out to both partners and friends.

Enxuga says one of the largest problems she faces as someone who identifies as asexual is that most people “just don’t know what it is.”

That is why, as RyePRIDE co-ordinator, she was more than ecstatic to organize Ryerson’s first asexual-focused event.

In celebration of Asexual Awareness Week, allies and members of Ryerson’s queer community gathered at the Student Campus Centre on Oct. 30 for the Asexuality 101 Workshop.

Asexuality is a sexual identification of a person who rarely or never feels sexual attraction with anyone. However, this is only the base definition that does not describe the different variations of asexuality.

The workshop, hosted by Ace Toronto, focused on the definitions of asexuality, the types of relationships asexual people have and the challenges that exist.

Ace Toronto is a community organization formed for building visibility and awareness on asexuality.

“There’s a lot of erasure now of asexual identities,” said workshop facilitator, Jared Butterworth. “And we want to change that.”

At the end of the workshop, Butterworth asked participants to raise their hands if they knew the definition of asexuality. Everyone put up a hand.

“If I asked that question five years ago – no one would have raised their hands, except maybe a hand or two,” said Butterworth.

“But now there are people who actually know and want to know.”

The term, “asexuality,” was founded 13 years ago.

Despite the larger percentage of people who recognize asexuality now than 13 years ago, Enxuga believes there is still a lot to be done.

She says it’s because people don’t think asexuality is a real identity.

“There are so many negative attitudes towards asexuality and people look at you like you’re not real,” said Enxuga. “And that’s really invalidating.”

With workshops and events on campus to educate and create a safe community, Enxuga hopes that more people will understand and accept asexuality.

“There are so many identities under the LGBTQ but people only really know about lesbian, gay, bisexual and transgender,” said Enxuga.

“I think we need to have education, not only on asexuality, but on all the identities on campus.” 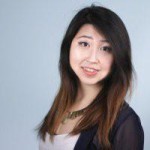