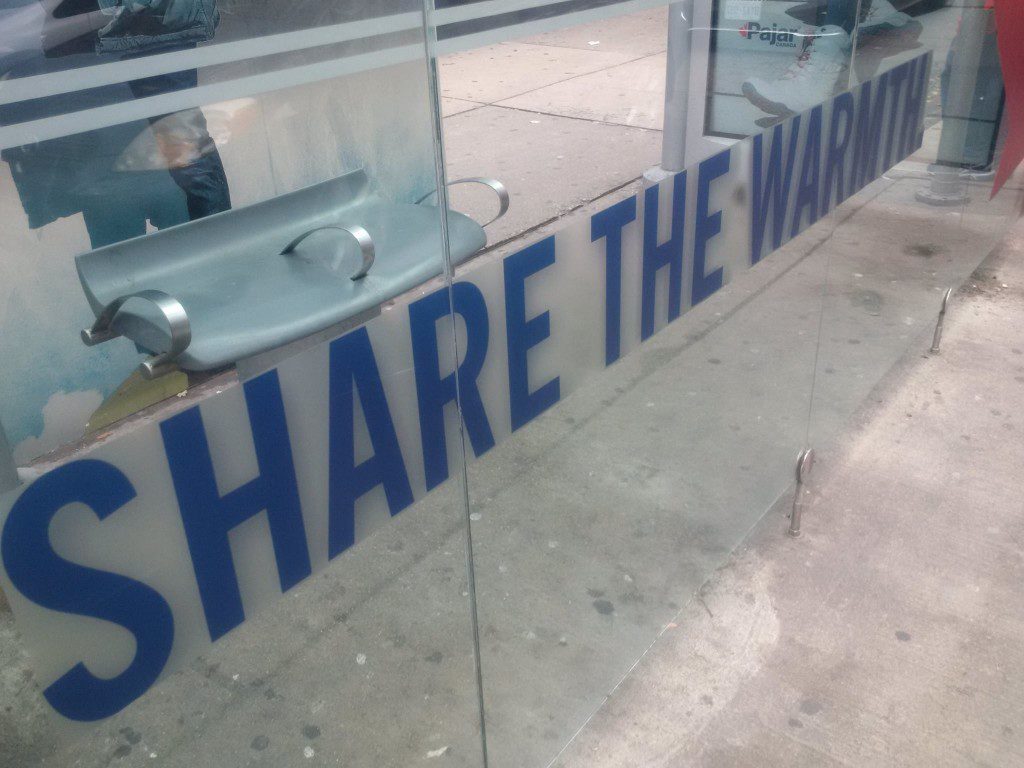 An ad accused of being insensitive to a homeless man’s death in frigid temperatures last January, which appeared on the bus shelter where he died. (Courtesy Cathy Crowe)

What at first glance looks like an innocuous ad for winter clothes has struck a nerve with those who work with homeless people in Toronto.

A bus shelter ad at the southwest corner of Yonge and Dundas streets depicts models in boots, earmuffs and coats from high-end winter-wear company Pajar, with the slogan “Share The Warmth” emblazoned along the glass walls.

For most people walking by the busy intersection, the ad was just one of many trying to attract their eyeballs and wallets. But for visiting professor and street nurse Cathy Crowe, the ad’s location gave its jovial tone a sinister implication.

In January, 55-year-old Shabbir Jaffa froze to death inside the bus shelter. The winter wind chill felt as low as -20 degrees Celsius that night, but Jaffa was wearing only a T-shirt and jeans.

Crowe lodged a complaint with the Toronto Transit Commission (TTC) over the insensitive ad on Tuesday.

“The incident shocked the city, how could he not have been noticed earlier when he was in distress?” Crowe asked. “So to see this ad… (it) was a slap in the face.”

Crowe wanted the ads removed for at least a few more months out of respect for those still grieving Jaffa’s death. She was also concerned homeless people would interpret it as trivializing their safety or as an intentional and hurtful joke at Jaffa’s expense.

The TTC’s policies state that all advertising on its vehicles and structures must comply with the Ontario Human Rights Code and not discredit or affect its image as a mode of transportation.

All bus shelter advertising is done in partnership with Astral Media.

After The Ryersonian informed city hall of Crowe’s complaints, Toronto public realm director Elyse Parker said that the text “Share The Warmth” would be removed. She said there was no reason to remove the ads themselves. 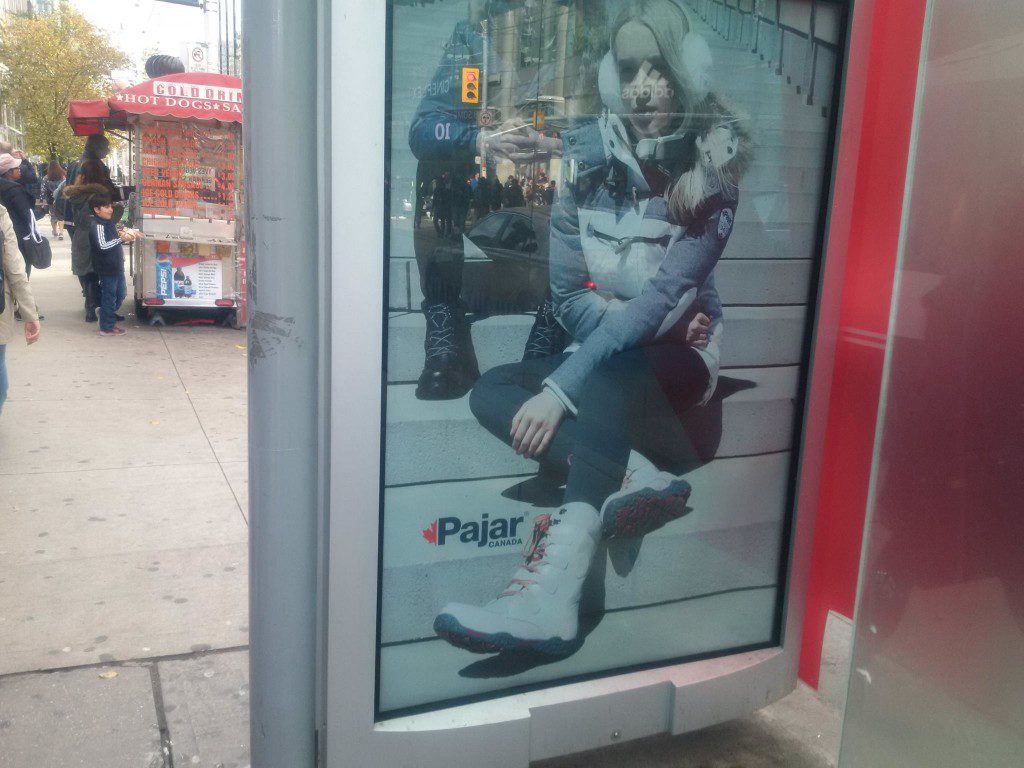 Crowe said the removal was a good sign, although the fancy coats would still be there as a grim reminder.

By speaking out, Crowe has caught the attention of Astral Media. After a string of phone calls, Crowe helped the company brainstorm a soon-to-be launched decal campaign to raise awareness of the dangers the homeless face when temperatures drop.

The decals will be on bus shelters across the city, informing Torontonians what to do if they see a homeless person who could be vulnerable to extreme cold.

“This would raise the issue of safety … a lot of people have no idea where to call, and that they don’t have to call 911,” Crowe said.

In non-emergency cases, dialing 311 can alert the city if a homeless person needs assistance. 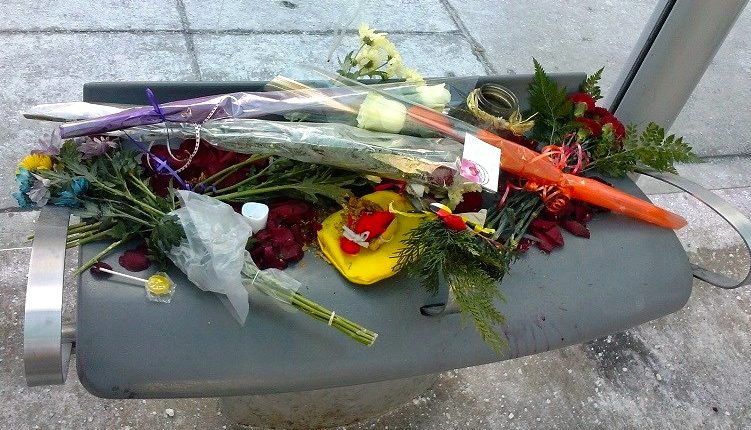 Flowers laid after a memorial service in January remembering Shabbir Jaffa, who died inside the bus shelter. (Courtesy Cathy Crowe)

The Canadian winter can be deadly, especially for those who live on the streets.

The Toronto Homeless Memorial Project reports that 38 homeless people died this year, 11 of them in January and February.

One man died after finding his way into a shelter too late to recover from hours spent in the cold.

The numbers are based on research gathered by Holy Trinity Church volunteers. They don’t reflect homeless deaths that aren’t reported by Toronto’s homelessness agencies, so the number may be higher.

New rules now have alerts take into account wind chill, precipitation, how many days a cold snap has lasted and low daytime temperatures.