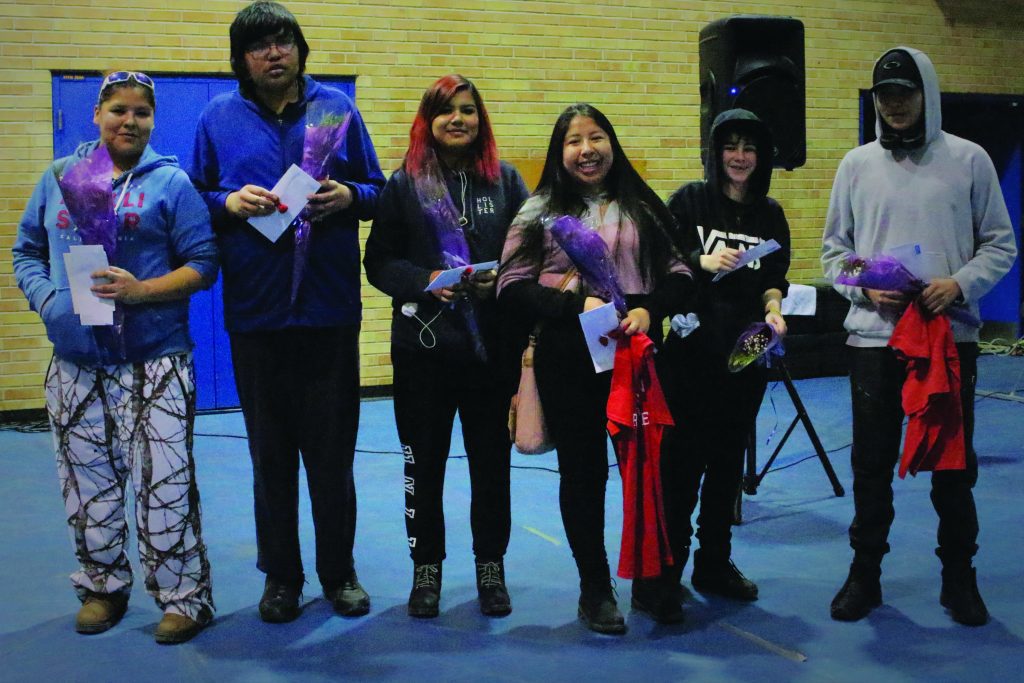 Photo by Noushin Ziafati. Members of the Nibinamik Youth Council hold up bouquets and T-shirts that they received for sharing their inspirational messages at the Finding Our Power Together fundraising event at Ryerson University on March 3.

About 150 people gathered at Ryerson’s Kerr Hall gymnasium on March 3 for a fundraising event dedicated to Nibinamik First Nation, to elicit support for the community and help them in their fight against a youth suicide crisis.

People who attended the event were encouraged to pay $20 or what they could for tickets, with proceeds going to the Nibinamik First Nation so that they can implement youth programming in their community.

Judy Finlay, organizer of the event and a Ryerson child and youth care professor, called it a “celebration of hope.”

“At a time when you think anyone else would feel hopeless, they were sort of rallying for one another and that was really powerful,” Finlay said.

The Nibinamik (Summer Beaver) First Nation is a remote community in northern Ontario. It is home to about 400 residents – a large percentage made up of their younger population.

In the summer of 2017, the Nibinamik First Nation was plagued with a series of suicides and suicide attempts by their youth. As a result, the Nibinamik Youth Council formed last July in an effort to tackle the epidemic. 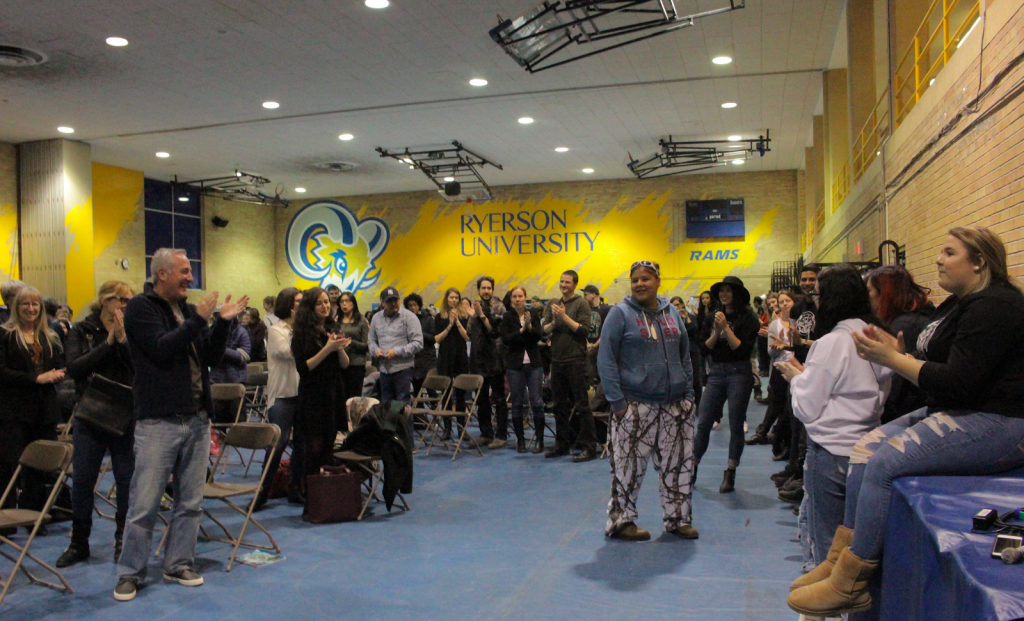 Photo by Noushin Ziafati. People applauding the Nibinamik Youth Council for sharing their inspirational messages at the Finding Our Power Together fundraising event held in Ryerson’s Kerr Hall gymnasium on March 3.

The Nibinamik Youth Council organized the Finding Our Power Together fundraising event with the help of Finlay and Nicole Ineese-Nash, a member of the Constance Lake First Nation and a contract lecturer and project coordinator in the department of early childhood.

The event kicked off with a prayer for families who have lost children, the women in the room, and for “good health, happiness, strength and understanding.”

Deputy Grand Chief of Nishnawbe Aski Nation and member of Marten Falls First Nation, Anna Betty Ahneepineskum, then delivered a speech about the challenges that Indigenous communities in northern Ontario endure. This included high rates of suicide, overcrowding and children being forced to leave their homes in order to attend high school.

“Our people, many times they’re referred to as resilient, which is a good term. But I also want you to ask yourself, ‘Why do our people have to always be so resilient when they are citizens of this country, which is so rich?’” she said.

Live performances followed the speeches, including a performance of a healing dance in a jingle dress accompanied by drumming.

Natasha Sugarhead and Isabel Sofea from The Nibinamik Youth Council then made it to the front of the room, introducing the documentary their council made ­­to raise awareness about youth suicide in their community, Finding Our Power Together.

Sugarhead said the film is meant to inspire Indigenous youth so that they can join as one, to have their voices heard and find their power together. Losing three brothers to suicide, one at the age of 15 and two at the age of 16, Sugarhead made multiple attempts to take her own life when she was 16.

“What I want [for the youth to see] … is that there is hope and the reason why I’ve overcome these challenges in my life is because I found hope in singing; I found hope in drawing, and that kept me going,” she said.

“I would have wanted this back then, but right now is what matters and I’m doing this for my people and all northern communities.”

Her speech ended with a standing ovation from the crowd.

There were also tables set up featuring handmade pieces by Indigenous vendors and a silent auction for paintings, jewelry and clothing items – with proceeds also going to the Nibinamik First Nation.

Finding Our Power Together is a longstanding partnership between Ryerson and Nibinamik First Nation. It started in 2010, through the Mamow Ki-ken-da-ma-win or Searching Together project.

The project brought elders, leaders, community members and youth together to discuss their hopes for the future of the Nibinamik community. Since then, Ryerson professors Finlay and Shelagh McCartney – as well as Ryerson research assistants like Ineese-Nash – have worked closely with the Nibinamik community to help them overcome challenges such as overcrowded housing and youth suicide and take steps towards healing.

Ineese-Nash said that the project and fundraising event have given the Nibinamik youth a chance to share their experiences of how they’ve personally overcome suicide and to help others overcome similar challenges. 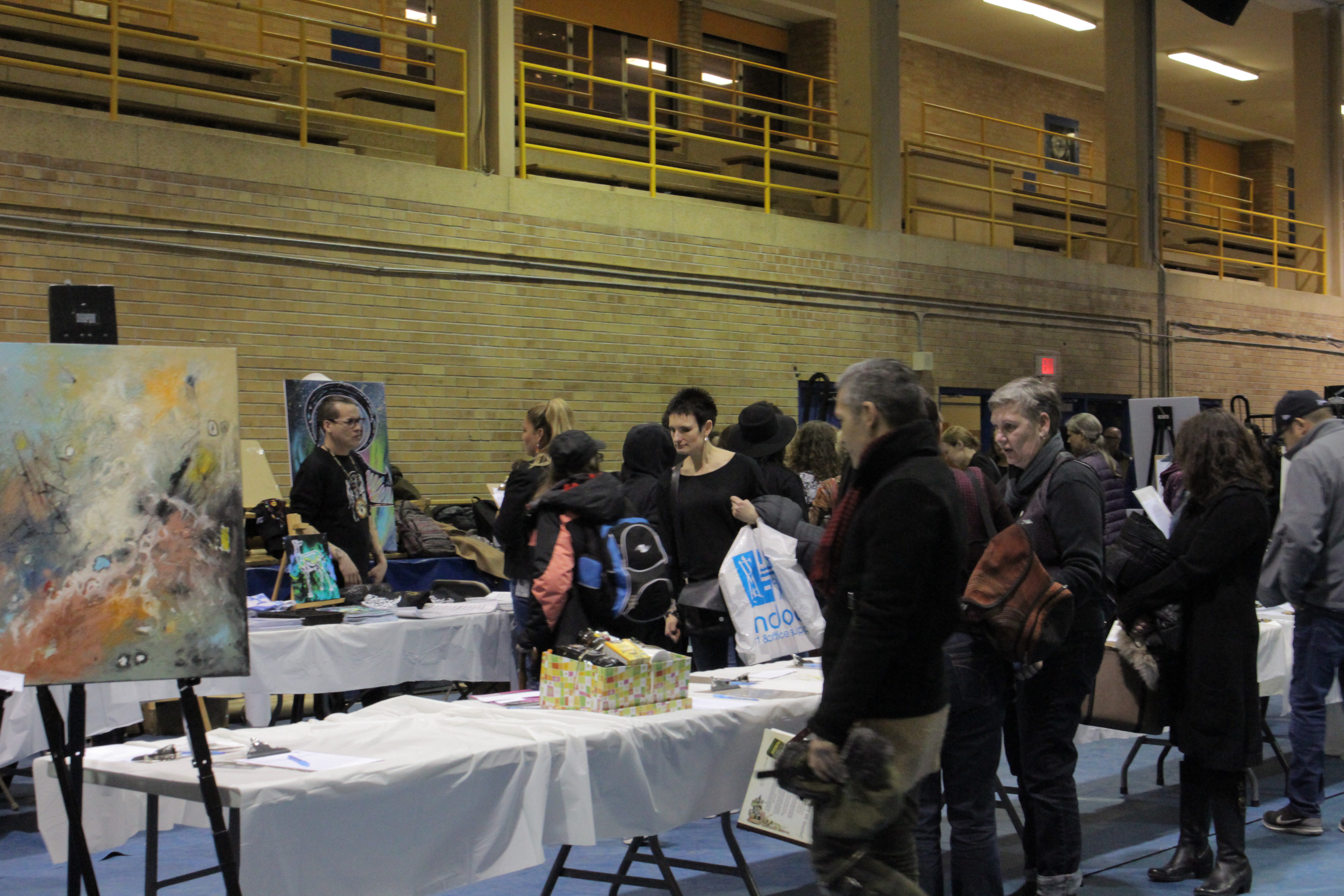 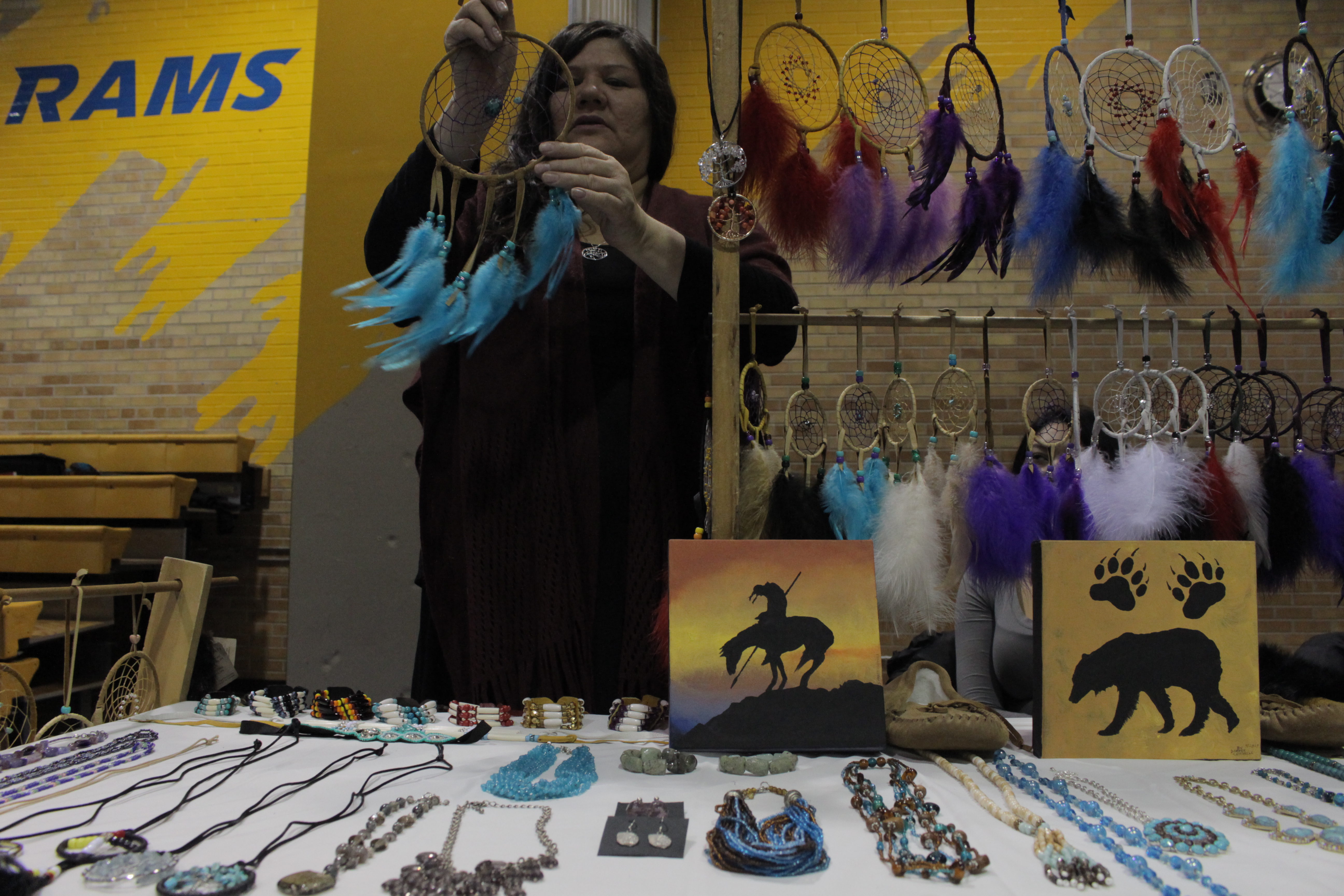 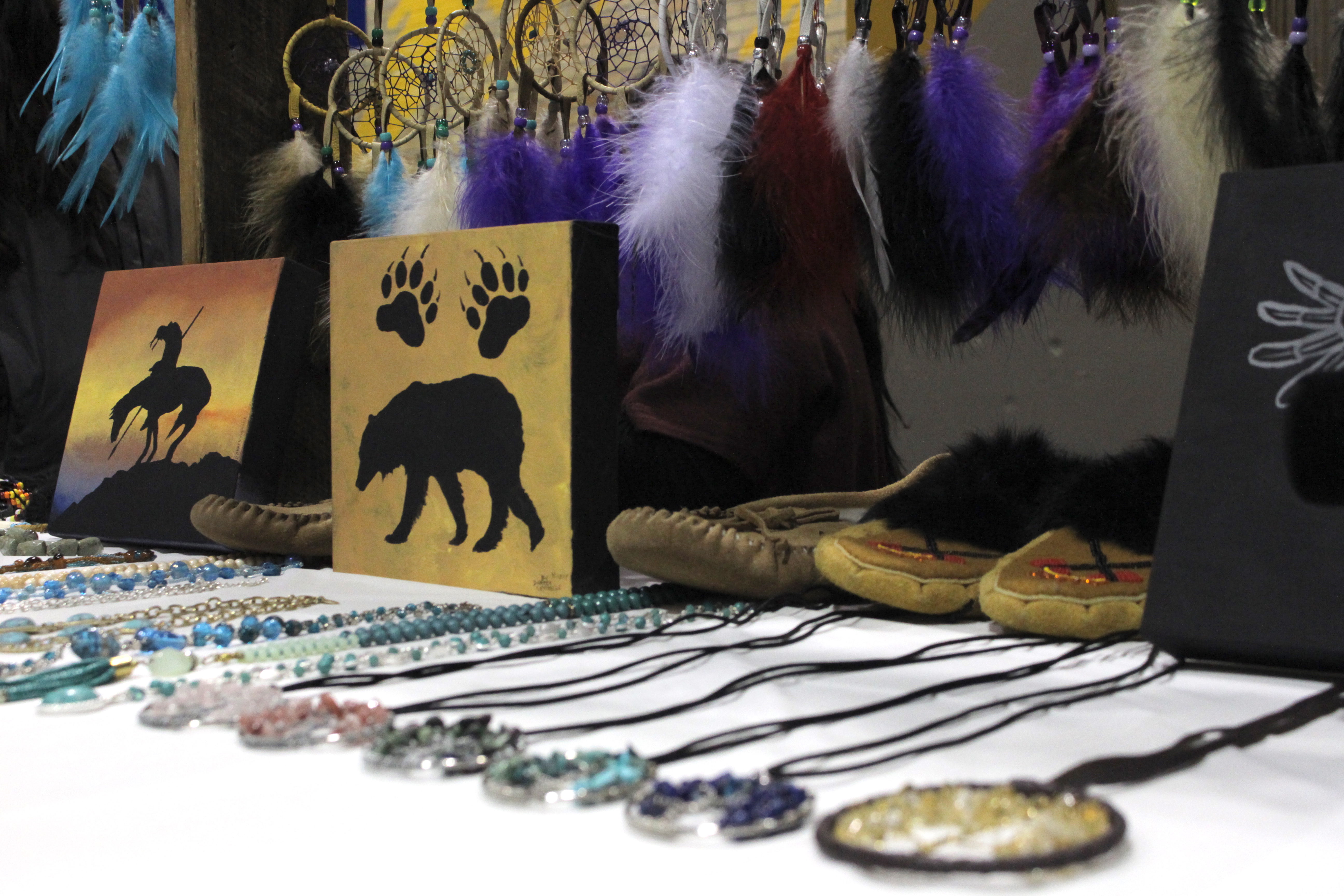 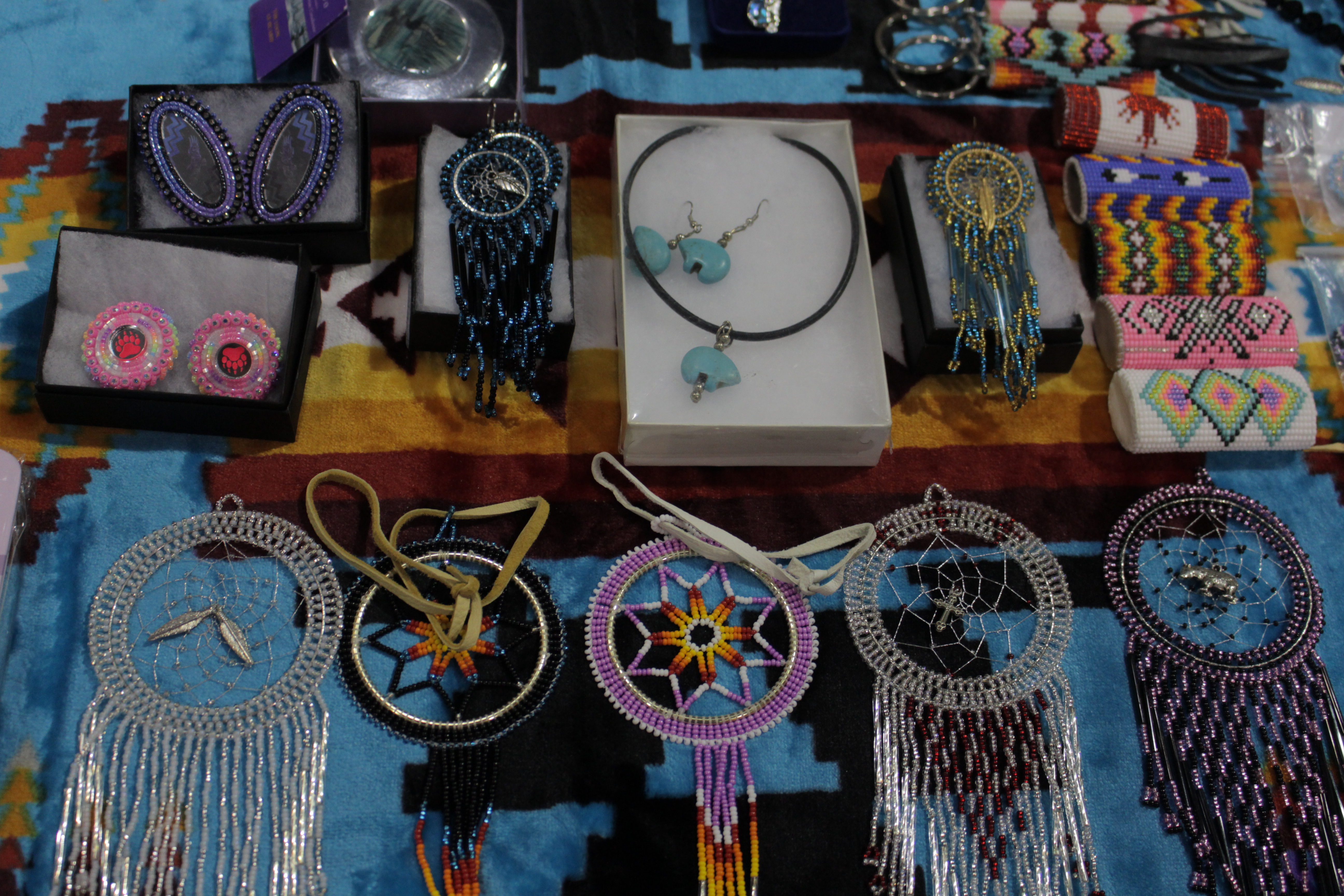 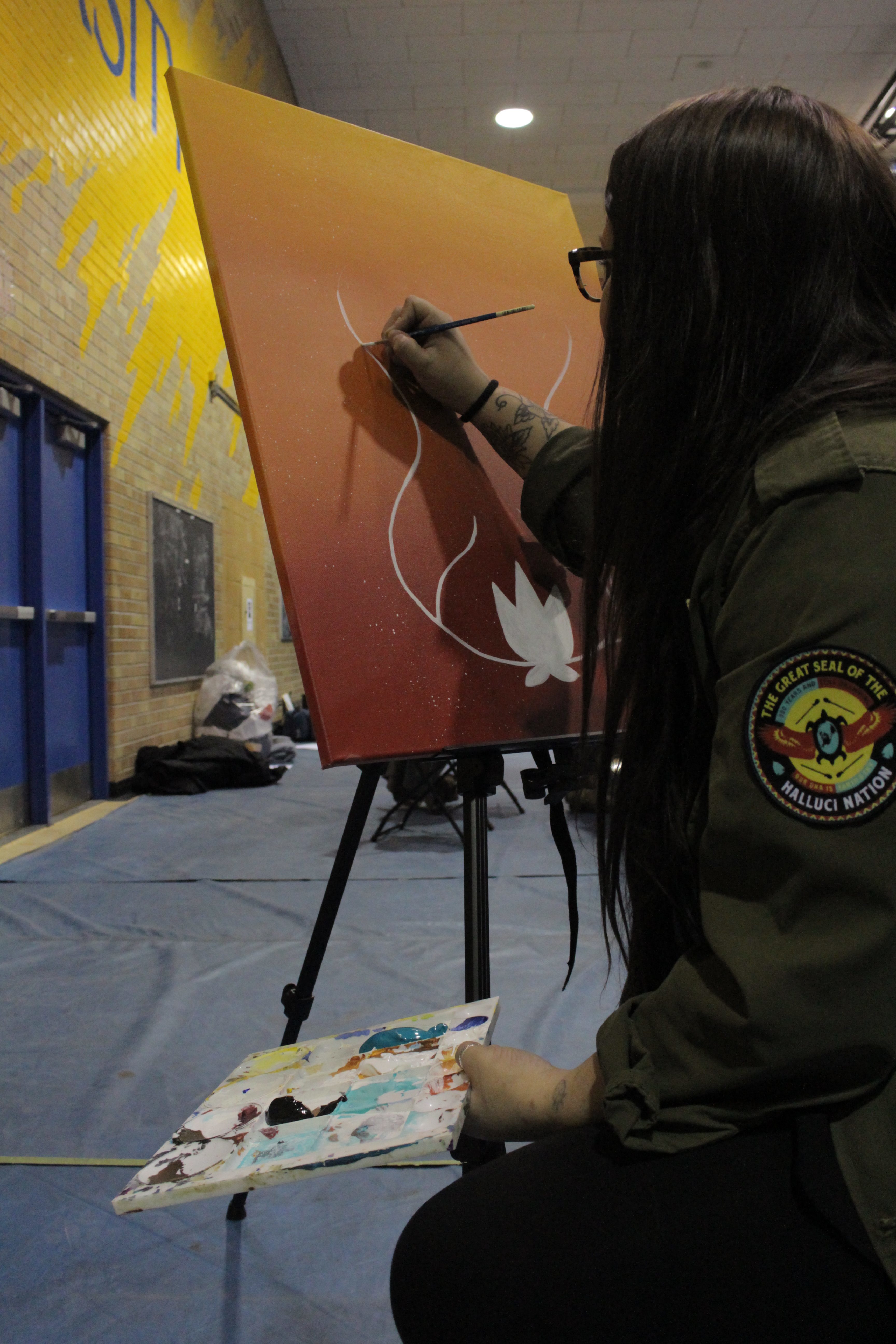 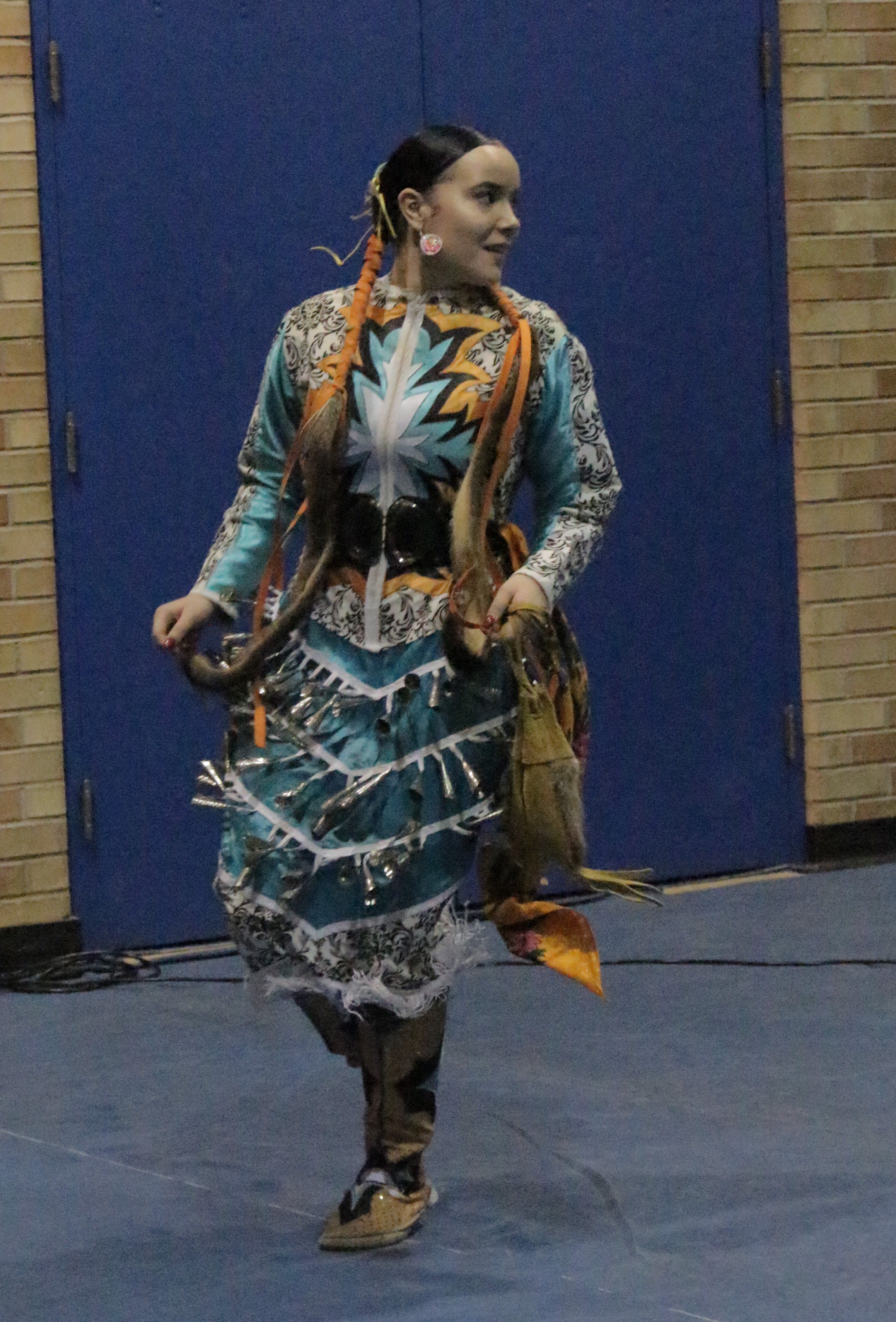 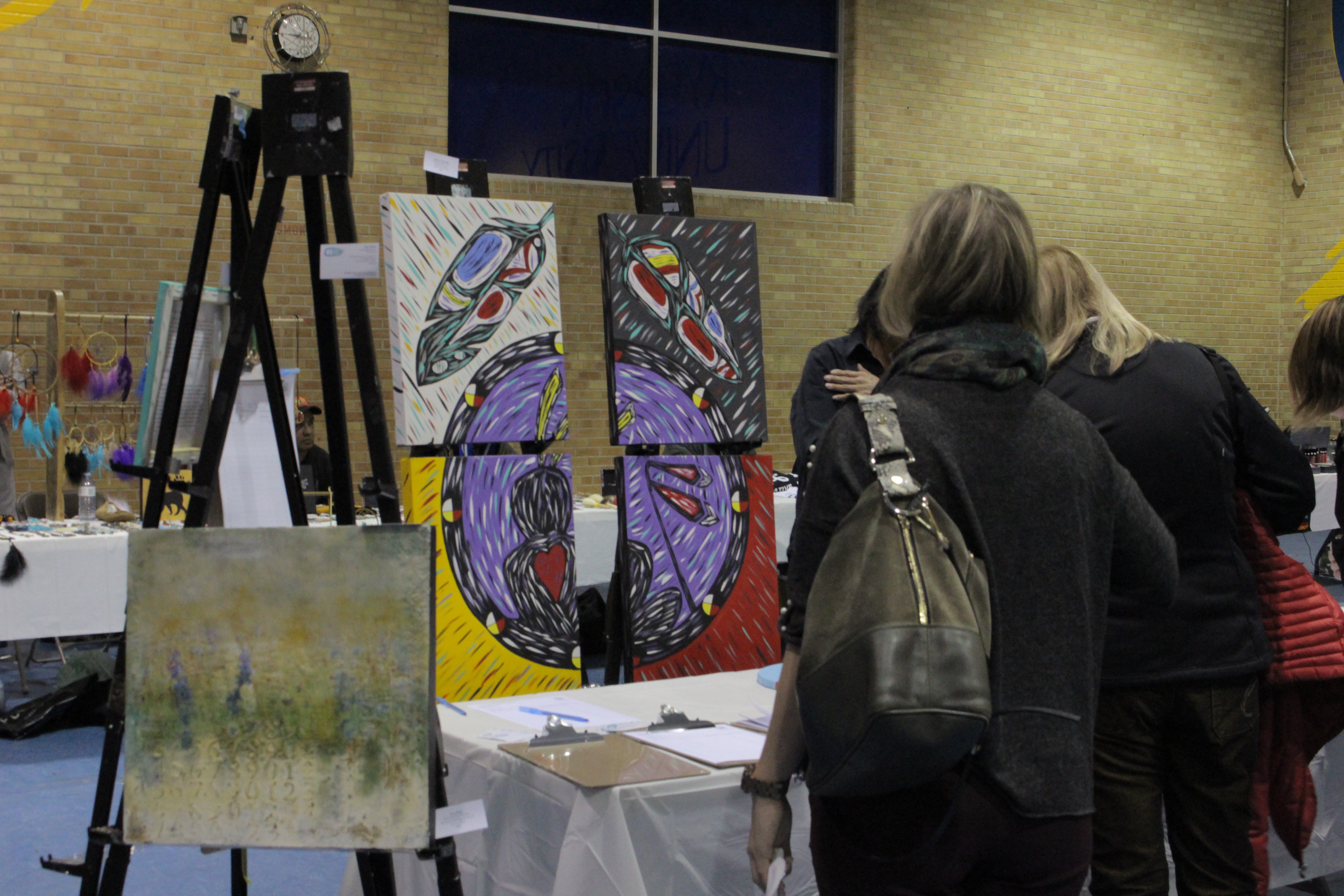 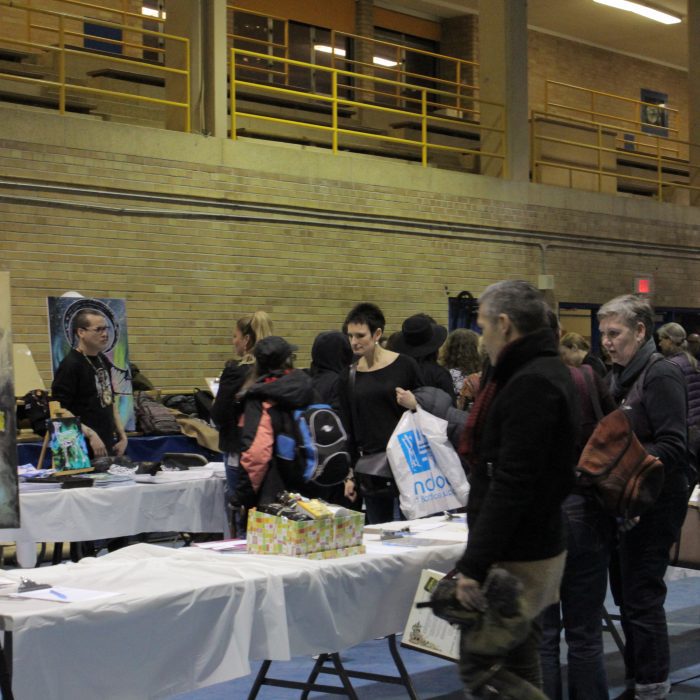 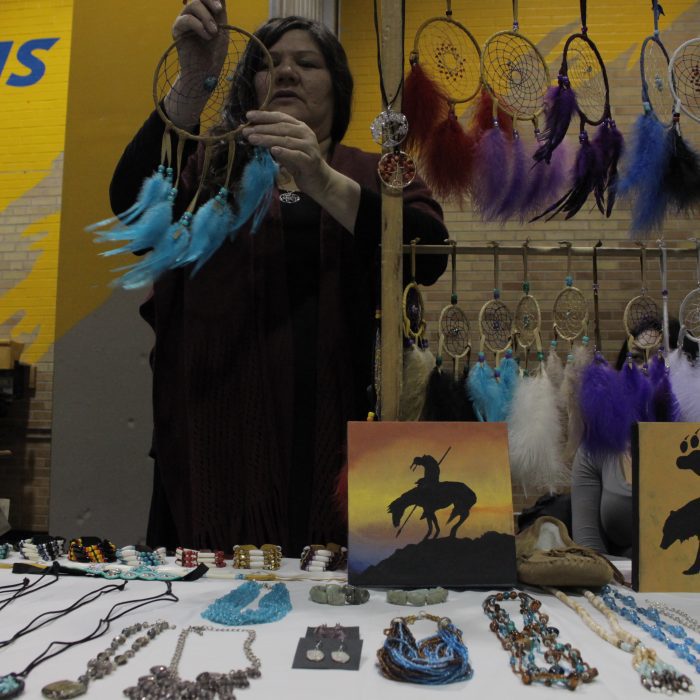 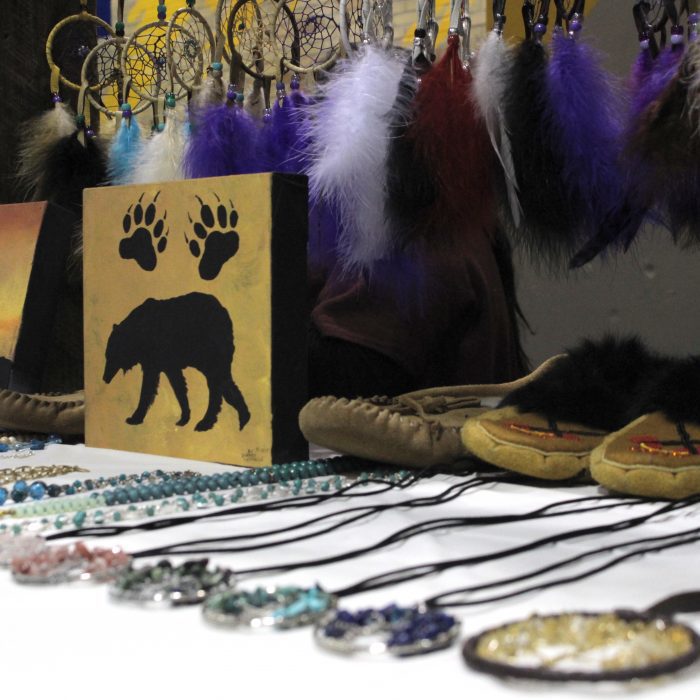 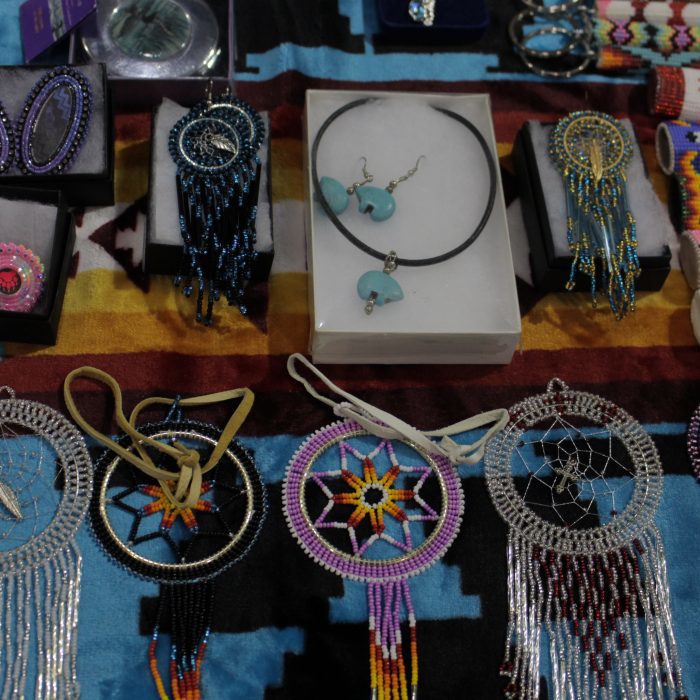 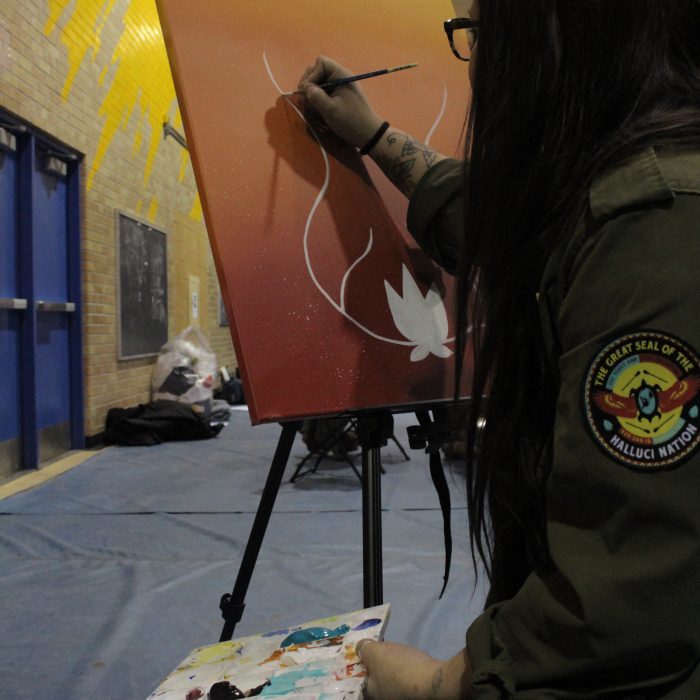 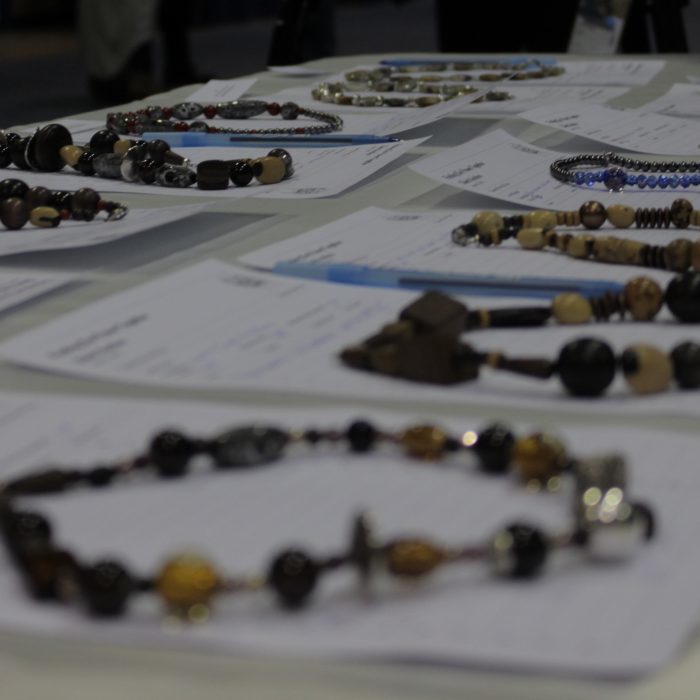 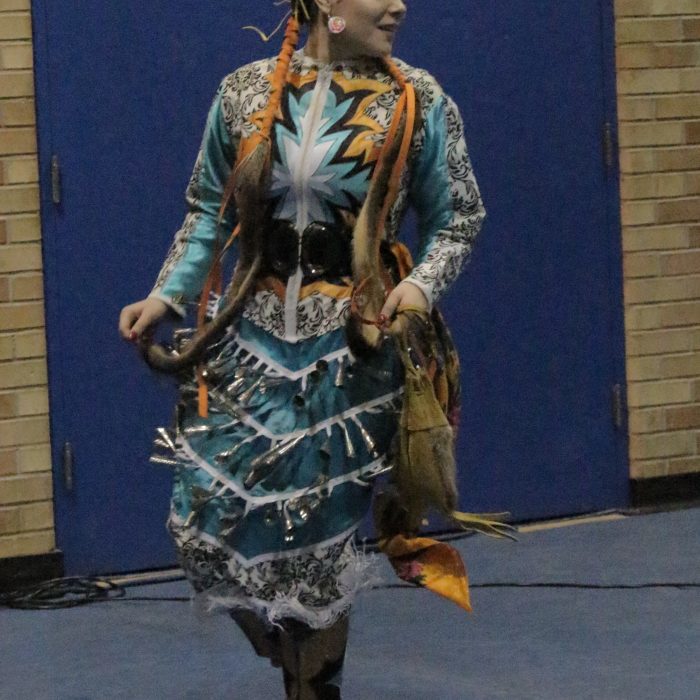 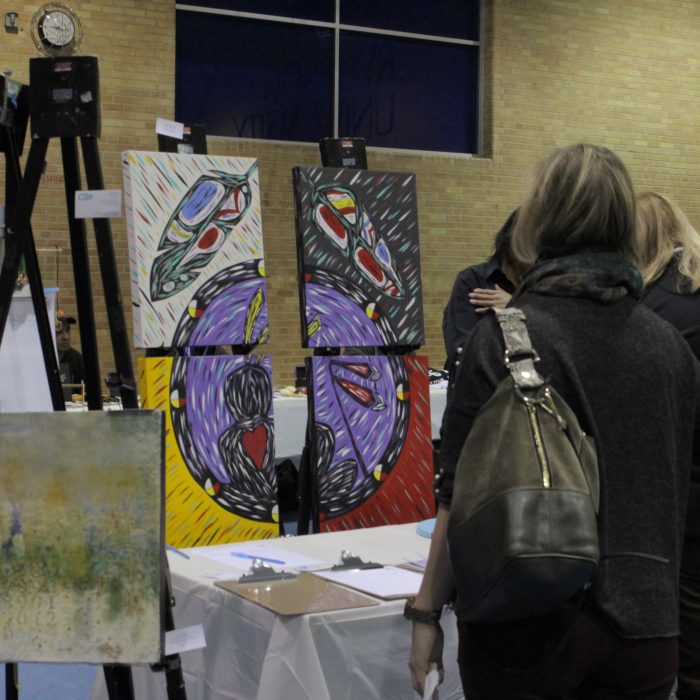