Ryerson is now the place to study for sport media enthusiasts hoping to score big in the industry.

In September, the RTA School of Media welcomed the first cohort of students into its brand new Sport Media program – the first of its kind in Canada.

Schools like Brock University and Sheridan College offer specializations in sport management, technical production and broadcasting, but Ryerson’s program is unique in that students don’t specialize until upper years. By the time convocation rolls around, RTA grads will be well versed in all aspects of sport media production.

“We were finding more and more that a significant number of our students were finding work in that field (sport media) and had an appetite for more studies in that area,”  said Charles Falzon, chair of the school of Radio and Television Arts that houses the program. He proposed it four years ago

Over 600 students applied for 60 spots in the program this year, said program manager Marie Crosta.

When Adam Jenkins found out about the sport media specialization, he said “it seemed like everything I wanted on steroids, so I was really excited. So when I went to apply for it I thought there was no way I was going to get in.”

Jenkins did get in, but it wasn’t easy.

Last year’s applicants submitted an essay, résumé, cover letter and a three-minute video clip about why they want to study sport media. Next year, eligible candidates will be interviewed instead of doing a video.

The seed for a sport media program was planted when the newly-branded RTA School of Media was looking at ways to better prepare students for the workplace.

In March, Rogers-owned Sportsnet announced it would give the new program a $750,000 capital investment.

Scott Moore, president of Sportsnet and NHL Properties for Rogers Media, made the donation possible. An RTA graduate, Moore now sits on the advisory committee for the sport media program.

The school’s advisory committee is full of sports industry heavyweights — many of them RTA grads.

“The uptake from the sports industry has been phenomenal from the start. That’s one of the reasons we know we did the right thing by starting this program,” said program director for sport media Dana Lee.

The program’s connection to the Ted Rogers School of Management and the business side of sports is subjective,  Falzon said. Students can minor in whatever they want, but he said sports marketing or a business minor is recommended.

This being the program’s first year, the curriculum is still in the experimental stage. Courses will be watched carefully to see where they can be improved.

Students are confident that despite the program’s infancy, the specialization will open doors for them in the future.

“Sport Media is brand new. Sixty of us are entering, I’m not sure 60 of us will graduate, but when we do we’ll be the only cohort of people with that (degree),”  Jenkins said. “You’re almost guaranteed employment because again, you’re the only people with that degree.”

The launch of the new RTA Sport Media program and the official unveiling of the state-of-the-art Sportsnet RTA Production Centre is Oct. 23 at the Mattamy Athletic Centre. 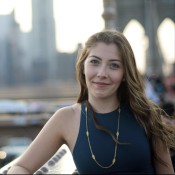 ANALYSIS: Should we trust all of these polls?