For the first time in a decade, Toronto students are seeking a new post-secondary Metropass deal.

Student unions at University of Toronto, Ryerson, OCAD University and George Brown College are campaigning for a transit “U-Pass,” which would be paid for in ancillary fees every semester. The pass, if implemented, would be cheaper than the current post-secondary Metropass that the TTC offers. It would also not require the TTC’s post-secondary ID card.

If successful, the pass could cost between $70 and slightly over $100. The campaign has yet to release an official estimated cost.

Anne Boucher, vice-president external at the University of Toronto Students’ Union, came up with the idea for the campaign over the summer. The first phase involves sharing a survey to gather data about students’ transit habits. Once the survey closes, the student groups will use that data to make the case for a U-Pass to the TTC.

The new U-Pass, if implemented, would cover all TTC transit for a semester.
(Ryersonian Staff)

The survey, launched in late August, asks respondents to state how far away from campus they live, how their commute affects their choice of classes and how often they evade fares. It has over 3,000 responses.

“So far it’s super clear that students want a U-Pass,” Boucher said in an interview with the Ryersonian. The students have met with various city councillors, including Joe Mihevc and Josh Colle, both of whom are members of the TTC board. Boucher hopes that these preliminary meetings will later lead to a meeting with TTC CEO Andy Byford.

Stuart Green, the TTC’s senior communications specialist, media relations and issues manager, said that the TTC is thus far unaware of a new drive to introduce a U-Pass. “We can say that, in general, a U-Pass product is feasible,” he wrote in an email to the Ryersonian.

Boucher said that the data is working in the campaign’s favour. It also shows that students are open to voting on the U-Pass. At Ryerson, members of the Ryerson Students’ Union (RSU) must approve any change to ancillary fees through a referendum representing at least 10 per cent of the membership. Similar referendums would need to happen at other campuses for them to get in on the deal.

Daniel Lis, RSU vice-president education, said that he is hoping for an agreement with the TTC by the start of November. Before a vote can take place, the referendum question must have the approval of Ryerson’s Board of Governors. Lis hopes that it will be approved by the end of November so that the referendum can be held in January or February.

When asked how much the pass would cost, Boucher said that she would likely have a number after the survey closes. “We’re still just kind of waiting to see how much [the TTC is] making now, and so hopefully after we get all the survey data in, we’ll be able to crunch a number together,” she said, referring to the need to reconcile student affordability with the TTC’s profit. “Realistically they’re not gonna agree to something that is gonna make them less money. So hopefully something reasonable.”

“We’re not going to be looking at the same prices as Guelph is having, or that McMaster has. We’re dealing with a much bigger transit system, so it’s not gonna cost just, like, $100 a semester, it might be a little bit more. But we’re still looking for something reasonable and something that obviously students would want,” Boucher added.

Lis said that he would like to see a 40 per cent price reduction. Such a change in cost would give the U-Pass a price tag of $70.05, in contrast to the current Metropass cost of $116.75. “But that’s just a rough estimate,” Lis said. “Our goal is to get the cheapest amount.”

The survey is open for responses until Sept. 15. 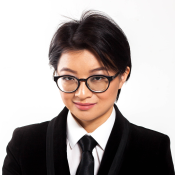 It’s ridiculous that we can’t opt-out. I live in community housing close to my university and work very close to home as well. Why should I pay an extra 560 dollars a year to support other students TTC discounts. It’s easy to give a “discount” when it’s at the cost of students who wouldn’t normally need a TTC pass. 40% discount to some, 100% increase to others, such as my self. This is far from ideal.

Terrible idea, I don’t even use or need to use the TTC, why should I have to spend hundreds every year for something I don’t want? And for what? It wont even be free, it’ll still cost $70-$100 really? Whoever negotiated this deal is an idiot.