Idil Atak given grant to assist in multi-university PROTECT project

Ryerson professor Idil Atak will be leading the Canadian arm of a research initiative investigating international protection systems for migrants and refugees. The project — called PROTECT — will include 11 universities across Europe and South Africa and is expected to last three years.

Research will assess the efficacy of the United Nations’ Global Compacts for both refugees and migrants in an international climate increasingly marked by populist political visions.

“Many of these people are in need of international protection and at the global level, there are treaties that protect the rights of these individuals, but these treaties are not effectively implemented,” says Atak, a criminology professor who joined Ryerson’s Faculty of Law for its inaugural year.

Atak says the end game of the project is to improve the governance of migration. The global compacts are not legally binding because member states of the United Nations have generally resisted the idea of seeing their sovereignty limited.

“It is time for us to do something in the name of our common values of humanity and human rights,” she adds.

Canada’s funding for the project came through the Social Sciences and Humanities Research Council of Canada (SSHRC). It was among three projects focused on studying migration in Canada awarded nearly $700,000 of SSHRC funding.

However, PROTECT is also funded through Horizon 2020, the European Union’s largest research funding platform to date.

Atak’s specific role is to analyze ways of constructing legal relationships between these global compacts and look at comparative assessments of how they are implemented in Canada.

“We don’t have a lot of data. The aim would be to collect this data from different government agencies, from people on the ground, like service providers and legal aid,” says Atak.

She adds that while the project is complex, multidisciplinary, and involves nearly a dozen universities across Europe and South Africa, she is excited Canada has a role in the process.

“I think that Canada is considered as a role model. It has very successful resettlement policies when it comes to refugees from overseas.

“Canada currently is playing a leadership role in terms of the implementation of the global compacts as well,” Atak adds.

This stands in stark contrast to growing negative sentiment towards migrants and refugees, especially in parts of Europe and the United States.

“There is very negative political discourse, especially when it comes to refugees that are portrayed in a very negative light as security threats and threats to our economy and social cohesion,” says Atak.

She hopes something positive will come out of this project: “I am a very optimistic person and I do believe in the power of human rights.” 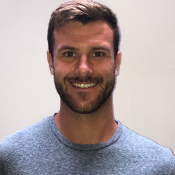 Man with gun spotted in The Village, police say arrest has been made