As the city prepares for colder months, homeless people were invited to the Mattamy Athletic Centre (MAC) to receive backpacks designed to make life a little easier on the street.

“The event is meant to increase access to services for people who are experiencing homelessness or are at risk,” said Melody Li, the group’s executive director.

“We put (the services) in one place so people don’t have to search (for them).”

Homeless Connect Toronto had its inaugural event in April 2014 and aims to engage various sectors in Toronto to collaborate in overcoming homelessness.

“A lot of our partners are community agencies, and they’re often too busy to see what everyone else is doing,” said Li. “Because of these kinds of events, many of our partners are now becoming more creative about what they can do in their own sectors.”

Hundreds of people came to the MAC on Sunday afternoon. Over 200 volunteers provided on-site services.

Seventy-five community-based organizations were involved in the event — one of them was Citypak Project.

Based in Chicago, the project was founded in 2012 by philanthropist and businessman Ron Kaplan. Over 22,000 backpacks have been given away to date. Sunday marked the first time Citypak bags were distributed in Toronto.

“I would see so many homeless people carrying their own belongings in plastic bags and I thought, ‘How come nobody has created backpacks for them?’” said Kaplan. “I wanted to keep their stuff protected.” 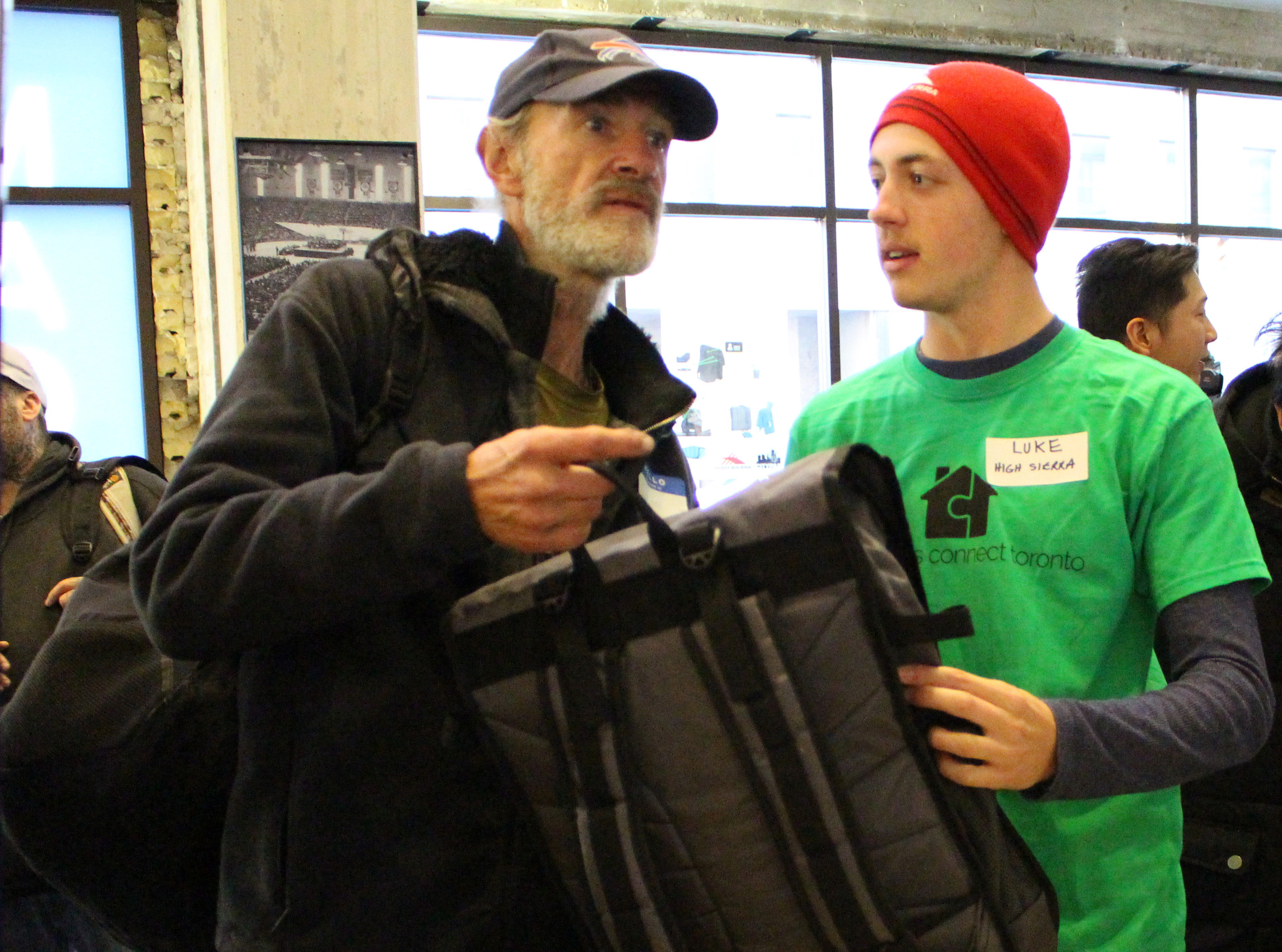 A man receives his new backpack, designed for life on the streets. (Robert Liwanag/Ryersonian Staff)

The backpacks are manufactured by sport company, High Sierra. They are water-resistant and feature anti-theft loops that can be tied around the owner’s arms or legs, as well as reflective strips for safety at night. A durable poncho is also included.

Kaplan said that feedback from people experiencing homelessness has been positive. “(They) thought, ‘Wow, instead of just giving us a dollar or food, they’ll give us something that they’ve actually thought out,’” he said.

Ryerson was one of many sponsors for the event, with Ryerson Eats providing meals, wait staff and tableware.

Li said that while the event will remain an annual one for now, she hopes that Homeless Connect Toronto will be able to organize more events per year in the future.

“We want to raise awareness of the fact that there’s more to homelessness than meets the eye,” said Li. “Homelessness isn’t just your average panhandler — there are a lot of complex issues at play that cause someone to end up on the street.” 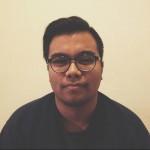