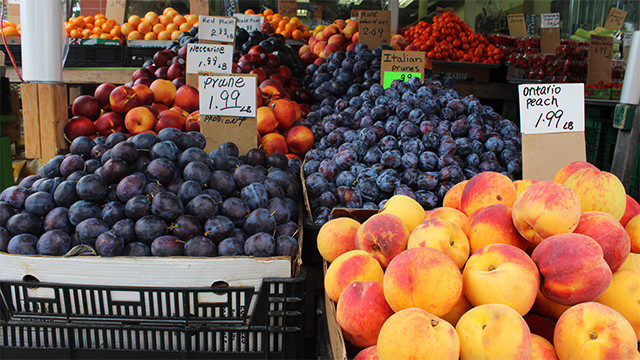 One Ryerson student said fruit is all he can eat on campus because he follows kosher law. (Alicja Grzadkowska)

It’s hard enough to maintain a healthy diet on campus, due to budget restraints and crowded schedules. But for students with religious dietary restrictions, the quest for proper nutrition is even more difficult.

Although Ryerson has made efforts to accommodate students who only eat kosher or halal foods, they are still not meeting these students’ needs.

“Typically, universities are secular in nature, because there are so many different religions that encompass the campus,” said Mariam Nouser, the president of Ryerson’s Muslim Students’ Association (MSA). “But at the same time I feel that there is an obligation to make sure that all religions are accounted for in one way or another and it’s not an easy feat.”

After noticing a lack of options, Ryerson’s MSA put forward a motion to the Student Centre’s Pitman Foundation that urged the university to offer more halal options on campus. The university listened to this request and now offers daily lunch and dinner specials at the International Living and Learning Centre and the Pitman Dining Hall.

Currently, Ryerson’s cafeterias don’t offer any kosher meal options, though students who eat kosher can snack on any fresh fruits or vegetables that are served. However, if a student requests a kosher meal at a school function, Ryerson will provide them a suitable meal option.

“My first-year orientation I requested kosher food,” said Daniel Safran, a third-year Ryerson student who keeps kosher. “They served pizza for everyone and they actually paid for a delivery of a kosher meal from a kosher restaurant, which was more expensive because they had to taxi it downtown.”

Along with a lack of kosher options, Ryerson doesn’t provide any breakfast foods for students with religious dietary restrictions. Safran said it would be nice if Ryerson offered breakfast for Orthodox Jewish students, because it’s hard for them to find time to fit in the meal between morning prayers and early classes.

Ryerson Eats, the organization that provides meals to the university, said that it’s more difficult to provide kosher options, because not only do the foods have to meet Jewish dietary law, they also need to be prepared in a kosher kitchen– something Ryerson’s campus lacks.

“If we heard from the (Jewish) community that this was a desire, we would look into sourcing whole meals prepared in kosher facilities then brought on-site,” Ryerson Eats said in an email to the Ryersonian. “Continued dialogue and engagement means that we can effectively meet the needs of the community.”

Ryerson Eats encourages communication and feedback from students with religious dietary restrictions, so they can better accommodate the needs of every student. 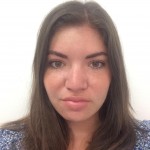