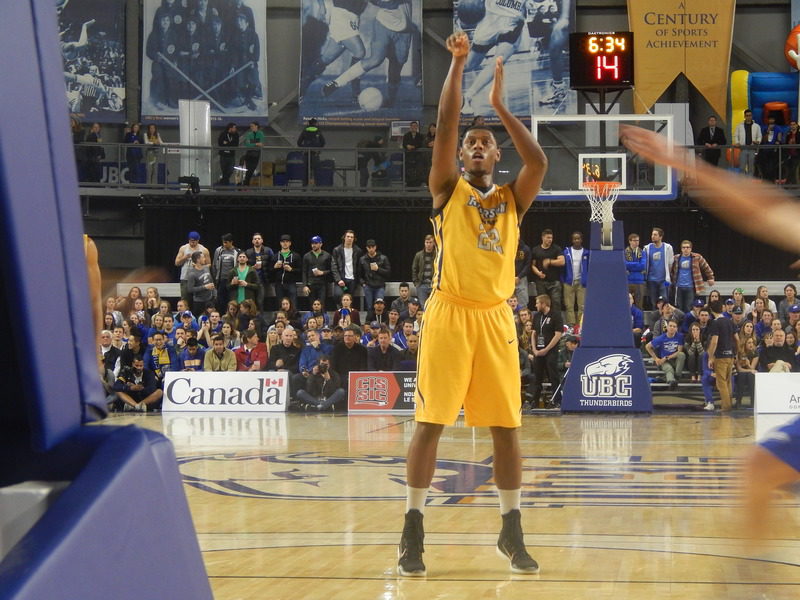 VANCOUVER – The Ryerson men’s basketball team has advanced to the semifinal round at the Canadian Interuniversity Sport (CIS) championships after defeating the University of British Columbia (UBC) Thunderbirds 109-101 in overtime on Thursday night.

Led by guard Adika Peter-McNeilly’s 25 points, the Rams were able to withstand the hostile environment that the UBC fans created in the game.

JV Mukama, a six-foot-eight forward from Hamilton won player of the game for the Rams after coming up huge in the fourth quarter and overtime. Mukama finished with 19 points.

Down 90-87 with under a minute left, Mukama hit a deep three pointer to tie the game and send it to overtime. For the first time in the entire game, the hometown Thunderbirds’ fans were silenced.

In overtime Mukama came up with a huge steal and dunked the ball, giving the Rams its first lead of the game. From there the team did not look back.

“What can I say, they are resilient,” said Patrick Tatham, Rams interim head coach . “They found a way to win. I don’t care how they do it, as long as they win. I just want to win, that’s all.”

Despite being down the entire game, the Rams never gave up.

“The way this team stuck together was amazing,” Peter-McNeilly said. “In the fourth quarter I think we were down eight, we never lost hope. We never pointed fingers at each other. That is what is so special about this group.

“We had never played in this time zone. Nobody had played on this side of the country, so getting that win at that time in this atmosphere is just going to help us win the tournament.”

The Rams will play the University of Calgary Dinos in the semifinals game on Saturday at 8:30 p.m. EST.