UPDATED: Ryerson president apologizes for use of logo, not students’ work, in video criticizing Niagara Falls

By: Jennifer Ferreira and Sarah Jackson

This version includes comments from Niagara Falls mayor Jim Diodati and the students involved in making the documentary, an excerpt from an email to Diodati from Ryerson president Mohamed Lachemi, as well as a TV package on the story.

Ryerson University president Mohamed Lachemi apologized for the use of the university’s logo in a video made by students of the School of Image Arts, not the film itself, he clarified in an interview with the Ryersonian today.

Contrary to previous reports by mainstream news outlets, Lachemi said that his discussion with Niagara Falls mayor Jim Diodati did not concern the content of the video itself, but rather, the use of the university’s logo at the end.

“Let me be really clear about this, because a lot of people are [making] conclusions about this,” the president said in an interview with the Ryersonian. “I … never discussed with [Diodati] the content [of the video] because that is part of what the students have to do and I encourage students to do this type of work.”

The video in question was produced by Christian Bunea, Taylor Ness, Valentin Bacalu and Justin Diezmo, Ryerson students enrolled in the university’s School of Image Arts.

The four-minute documentary titled As Niagara Falls was posted on Vimeo last week. It’s described as “a short documentary about Niagara Falls’ image to the world, and what truly lies within the city,” and now has over 54,000 views on Vimeo. The film questions whether the city’s image of a glamorous tourist destination is an accurate depiction of downtown Niagara Falls.

Following the release of the film, Lachemi spoke with Diodati over the phone and later sent a private email apologizing “for the use of [the] logo, but not apologizing for the work of students.”

Diodati reacted to the students’ film in a lengthy Facebook post shortly after it was posted, writing that he was “saddened to see [this] beautiful city depicted in this poor light.”

In an interview with the Ryersonian, Diodati said that the video is “an extreme view of the city and I just think if … you’re going to do any kind of journalism … just make it balanced.”

The film students said the point of the documentary was to start a discussion, but that the mayor misunderstood this. 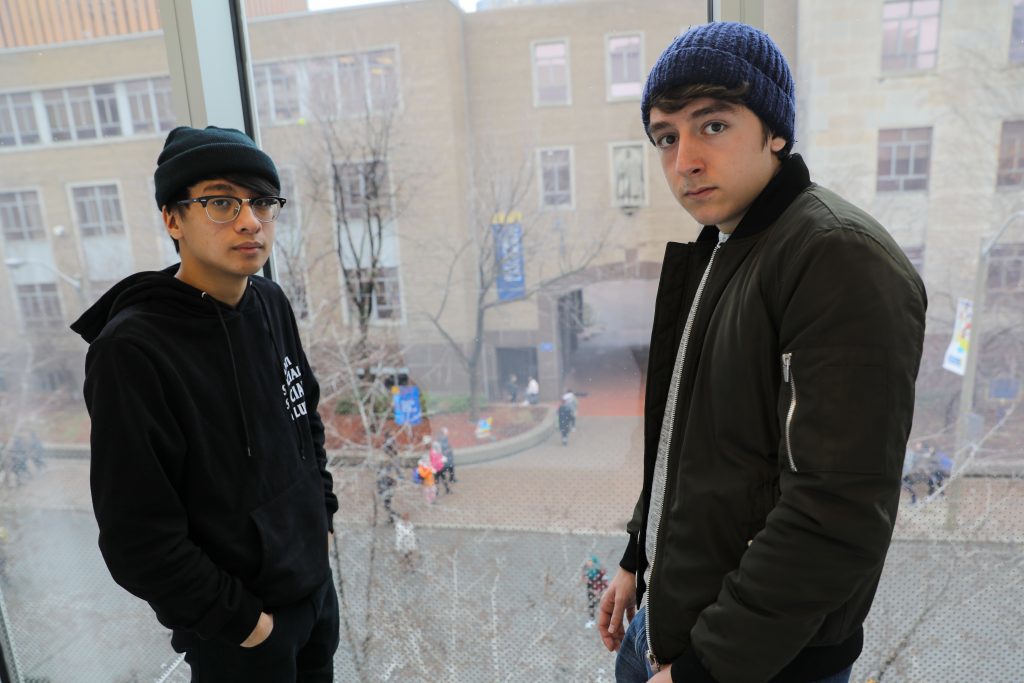 “I think that [the mayor] kind of perceived the film in a different way [than] … was intended. He almost looked at it as a commercial and like it was an attack advertisement,” said Diezmo, who is from Niagara Falls. “But realistically, it’s not.”

Diezmo said that the film was meant to give a voice to the people of Niagara Falls, and that the mayor should embrace this instead of trying to disregard it.

The Ryersonian also obtained a private email between Diodati and Lachemi, in which Lachemi wrote:

“We do apologize for any negative feelings generated by their work,” he wrote.

In the interview, Lachemi reinforced the fact that his apology to the mayor was to do with the technicality of the Ryerson logo at the end of the documentary.

This was the issue for the president.

“In this case, and I’m not blaming students — in term of quality of work, I would commend them, but using the logo without permission that was not necessarily a good thing,” he said.

Lachemi said Ryerson has been working closely with the city of Niagara Falls over the past two years to develop an innovation hub. He said the university would never say anything to harm this.

The president also said he is open to discussion and speaking with members of the community about this.

“I’m happy to meet with students and faculty to explain this because if we ask our students to do this job, and tell them not to talk about things that may offend people, that’s not my style. I want them to question things.”

The students behind the creation of As Niagara Falls said that the film is doing what they intended.

“As long as the message is out there and our original intent is public, we can’t … be too disappointed,” said Bunea.

Lachemi has yet to release an official statement. He said he will be meeting with the students who made the film later this week.

Check out our TV package on the story, put together by the Ryersonian‘s Justin Bellmore and Luke Galati.

With files from Luke Galati.