Playing in the sand with other children was no easy task for toddler Zoe Ross. She could not sit or stand on her own due to a genetic disorder from a chromosome deletion.

But a cardboard rocker built in 2009 by Ryerson professor Jason Nolan allowed her to stay upright and enjoy one of her favourite activities — without any help.

“It was so immediately helpful and useful, and it changed the way I thought about design,” said Nolan who preferred to answer questions through email. “Children who had previously ignored Zoe immediately adapted their own play to include her, bringing their toys to where she was playing, engaging her in play and making eye contact with her.”

Nolan is the director of Ryerson’s Experimental Design and Gaming Environment (EDGE) Lab, a space that specializes in the creation of adaptive designs to help children with disabilities.

The professor, who has autism, created the rocker and several other designs in the EDGE lab as a way to make the lives of special needs kids easier.

On Feb. 15, Nolan presented his designs at the Canadian Museum of Science and Technology in Ottawa, as part of its Cool Science Saturday event.

In addition to brightly coloured cardboard chairs, PhD student and Nolan’s fellow researcher Melanie McBride brought a game that uses sticky notes to help children explore smells. Children smell a collective scent and paste their observations about the scent on a large board.

In the EDGE Lab, Nolan works with parents to use readily available materials — mainly cardboard — to build customized equipment that meets each child’s unique needs.

It’s meant to be an affordable design for normally expensive adaptive tools, he says .

“I call these devices social technologies, because they help change how children interact with others in the world,” he said.

Nolan first became interested in building adaptive design tools when he discovered the Adaptive Design Association’s (ADA) storefront while strolling through the streets of New York.

The studio mirrors the childspecific efforts of the EDGE lab and inspired its creation.

He returned to the ADA to get training on its techniques and now sits on its board of directors.

“I was immediately struck by how wonderfully creative and innovative the objects were,” he said. “(Now) every time I have observed a child using one of these devices, I see delight and joy as they explore these brightly painted objects and the freedom (the objects) encourage.”

His favourite design, however, is still his first — Zoe’s rocker. Previously, the toddler’s parents had a heavy, wooden corner chair that didn’t work for them.

They asked Nolan for something lighter and portable that Zoe, who suffers from 1P36 Chromosomal deletion syndrome, could use in the sandbox.

“My intern and I found cardboard around the (lab) building, bought paint and put it together in a classroom, just to see if we could do it,” he said. “It worked and I hoped it would last a week or two.”

“Watching how children engaged with Zoe when she had the freedom that this chair gave her, I realized that these devices were social technologies,” Nolan said. “Any tools we create that help people engage with people is a social technology.” 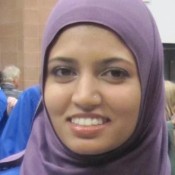