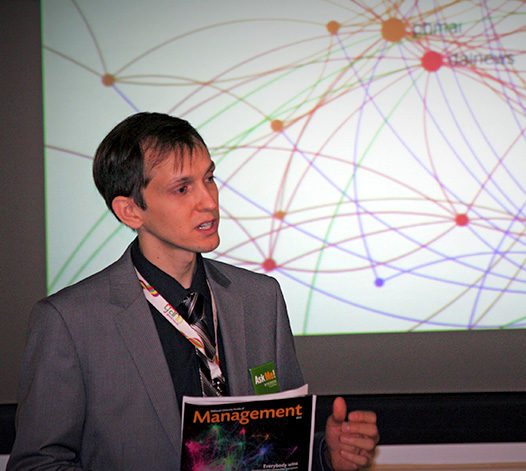 Three Ryerson professors have been named Canada Research Chairs (CRC) and will receive $1.5 million over the next five years to further their respective research projects.

Kirsty Duncan, Minister of Science, made the announcement on Feb. 9, while visiting The University of British Columbia. Over three hundred new and renewed Canada Research Chairs were appointed at 53 postsecondary institutions across the Canada.

“The Government of Canada is proud to support these elite researchers who improve our depth of knowledge, strengthen Canada’s international competitiveness, and help train the next generation of our highly skilled workforce,” Duncan said.

The program, which was created by the government in 2000, is part of a national research initiative that aims to establish Canada as a worldwide contender in research and development by supporting the work of prominent researchers from coast to coast.

“The CRC Program is vital in supporting innovative research and entrepreneurship at Ryerson,” Gruzd said. “The additional resources that come with each CRC also helps Ryerson to recruit and retain the best students and train them in fields that are in high demand.”

Gruzd’s current work requires him to collect, store, analyze and publish social media data. With this funding, his research will use the data to distinguish how these communications platforms change individuals, organizations and the impact they have on society as a whole.
Bagheri and De Ruiter will join the four existing CRCs in the Faculty of Engineering and Architectural Science.

Bagheri’s goal is to build new software that is able to self-adapt and scale autonomously with varying data production amounts and patterns, enabling it to handle large volumes of data more efficiently.

“The CRC funding will help me attract the best talent to our graduate program and produce cutting-edge research outcomes and products,” Bagheri said.

De Ruiter’s research is in spacecraft dynamic and control challenges necessary to carry out future space missions. His work will be relevant toward global exploration goals such as the exploration of asteroids or a human mission to Mars.

“The new CRC appointments at Ryerson University gives credit to the great accomplishments of our great faculty, students and staff over the past few years and is a sign that Ryerson is establishing itself as a research leader in Canada,” said Bagheri.