Walker is the second Canadian player ever to be inducted

Former Canadian professional baseball player Larry Walker was recently named to the Baseball Hall of Fame, becoming only the second Canadian player to achieve the honour.

Hailing from Maple Ridge, B.C., Walker joined the Montreal Expos in 1989.  In six seasons with the team, he racked up 368 runs. After that, he went on to join the Colorado Rockies, where he continued his impressive play, winning the National League MVP award in 1997. In 2004, he was traded to the St. Louis Cardinals, retiring his legendary career a year later.

“Just to hear them ask if they could speak to Larry Walker and the rest was almost in disbelief to hear them say, ‘You didn’t come up short this year, you passed the 75 per cent threshold and welcome to the Hall of Fame,’ ” Walker told MLB Network, referring to when he got the call with the news. The announcement was made public last Tuesday.

Walker follows in the footsteps of former pitcher Fergie Jenkins, who was the first Canadian to be inducted into the Hall of Fame back in 1991. Ben Rich, head coach of the Ryerson Rams baseball team, says that Walker’s induction is a big deal for Canada’s growing baseball scene.

“It’s a huge accomplishment,” Rich said in an email to the Ryersonian. “This serves as a statement that in a sport where the majority powerhouse players have been American, Canadians can play ball too.”

“If you’re from Canada and you want to do something with baseball…you’re trying to move down [to the United States] because the assumption was that talent doesn’t come from Canada,” Fiacco said. “So for a Canadian guy to have the success that he had, it kind of inspires a whole generation of talent.”

In 2016, Baseball Canada reported that over 120,000 Canadians registered and played baseball that summer. Although Canadian baseball is growing with increasing numbers, Fiacco says there’s still room to improve.

Compared to their American counterparts, Fiacco added, there’s still a few disadvantages  Canadian baseball players face, including travelling out of the country to garner attention from scouts and constantly feeling like they are in second place.

“I just want to see Canadian university programs kind of take a leap forward. I want to see more showcases held in Canada,” Fiacco said. “I think it’s been getting better in the past few years. We’re starting to deserve more respect from the world.”

“It’s really growing because guys are following examples of guys before them,” Fiacco said. “Now with Larry Walker, it would be really cool to see that happen with baseball and I think we’re trending towards that.”

In the end, both Rich and Fiacco believe Canadians have a certain aspect of play that makes them unique, which they say Walker exemplified on the field.

“Things like grit and determination, which is really about fighting past obstacles and playing a ‘hard nosed’ style of game, where you are going full effort all the time,” Rich said via email. “These often get associated as ‘Canadian values’ because of the relation to hockey and also the typical ‘underdog’ perception that seems tied to Canada.”

In addition to winning the MVP award, Walker is a five-time all-star and seven-time Gold Glove award winner. He led the MLB in batting average in 1998, 1999 and 2001.
Walker will be inducted into the Hall of Fame on July 26 in Cooperstown, N.Y. He will be inducted alongside New York Yankees legend Derek Jeter, who was one vote short of being selected unanimously. 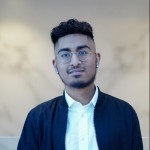