Ryerson should give interns a break 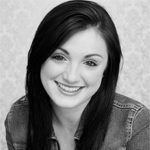 Internships are dangerously popular. Employers are always willing to accept students, teach us the ropes, pat us on the back and move on to the next batch. After all, we work for free — what company wouldn’t want to take advantage of this?

As a journalism student, I am grateful Ryerson has connections with some of the biggest news organizations in Canada. I’m sure many of my classmates have learned a lot from our radio, newspaper or broadcast internship opportunities at the CBC, the Globe and Mail and the Guelph Mercury.

That being said, I’m outraged that students are required to pay full tuition fees as they work for free out in the real world. As I have encountered, the result is increasing debt and a dwindling bank account.

What really irks me is that I feel as though our hard work is being exploited.

This is all happening at a time when tuitions fees are more expensive than ever. According to the Ryerson Students’ Union (RSU), tuition fees in Ontario have increased 71 per cent over the last six years. You’d think at a time when school is so expensive, and with students racking up debt like never before, the university would give those who perform internships a bit of a break from hefty school fees.

I will be paying $6,982.80 in tuition in my final year of school. Since I chose to participate in an internship — which means I was out of class for six weeks — I have paid $1,611 to work full time without any compensation in the form of payment or a tuition deduction. It doesn’t seem reasonable to pay this much when we aren’t setting foot on campus for a month and a half.

The fact that we’re forking out this money without being able to devote time to another paying part-time job means that students are going into banks and asking for an increase to their lines of credit.

That’s exactly what I’ve had to do this semester and, let’s just say, I’m not the least bit impressed.

Is my borrowed money paying for someone to read my puny little journal entries that I submitted to a instructor every week? I’m not picking on Ryerson staff – they’re just doing their job. Instead, I’m calling out the institution.

To avoid sounding like a whiner, it’s not just me who feels cheated.

Countless classmates and I have had conversations about this issue. For the most part, we’ve all enjoyed our studies over the past three years, but this last year has left a bad taste in our mouths.

We want a break.

What will it take for the school to cut us some slack: rallying, a petition or maybe even a strike?

How else are we supposed to bring about change and force the school’s decision makers to re-evaluate the way things are?

The internship system at Ryerson is hurting students and allowing companies to get away with more than they should.

I’m only one person, but if enough people stand up and try to get the school to take notice, then maybe — just maybe — future students will have it a bit easier. 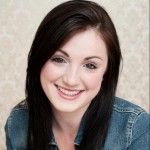 In pictures: Bidding adieu to the final days of fall fashion