After putting on a pair of safety glasses, students were able to get a glimpse of Ryerson’s own smart grid last Friday.

The Schneider Electric Smart Grid Lab at the Centre for Urban Energy (CUE) on Dalhousie Street was open to the public as part of a provincewide campaign called “Green Energy Doors Open.”

The event was meant to promote projects that are creating cleaner and more efficient energy systems. More than 130 sites across the province participated in the event on Oct. 3 and 4. Ryerson took part by giving tours of the new lab, which opened in March. Before entering, guests were briefed on the safety procedures and were given safety glasses.

While mainly for research purposes, the lab mimics a real electrical grid — a system that distributes power across an area. It’s able to test new technologies in the field and the boundaries of the current system, but in a lab environment.

The smart grid lab is safer and less costly to the environment for testing new technologies.

“This grid here that we have in the lab mimics that high voltage at a much lower voltage,” said Bob Singh, distinguished researcher at the CUE. “There’s no customer risk, no safety risk, and the cost is much, much less than what it could be to test it out in the real field.”

Research done on the smart grid could potentially be applied to real-life circumstances. Matthew Kerry, the marketing and communications manager for Ryerson’s CUE, said that the lab allows researchers to simulate how certain factors affect Toronto’s grid, such as adding more wind power or solar energy.

Inside the grid lab are electrical lines called feeders, used to distribute power. There are also solar panels and transformers used to transfer energy between circuits.

According to Kerry, Ontario as a province has made some of the most progress in renewable energy developments. “(Hosting this event is) to showcase everything we are doing now and all the possibilities we have for the future,” he said.

Singh added that the research that comes out of the the smart grid lab can be fed to the industry. The lab has tested how solar generation can power lines, for example. They’ve also created a micro-grid, which allows an area to stay off the grid and still maintain power.

Singh said that the lab could potentially change Ryerson’s energy system and put it on a self-contained grid. Installing micro-grids in each building, he said, could allow that building to have a self-sufficient energy system.

“We will be testing more and more technologies of the future, different functionalities, different ways of controlling the system with different levels of renewable generation integration,” said Singh. “We’re identifying the limits in which you can integrate these technologies.” 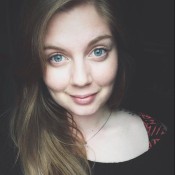 Sports recap: How are the Rams doing?

‘Tinder for sports’ app to launch this month