The Ontario Public Service Employees Union (OPSEU) Local 596, which serves over 2,100 Ryerson staff members and student research assistants, will hold a second election on Jan. 28 after the initial election results were overturned.

The OPSEU is a trade union representing public sector employees in the province of Ontario. Local 596 represents Ryerson staff as well as student research assistants. On Nov. 25, 2019, members of OPSEU 596 were encouraged to vote for a new executive team — including the role of local president.

Aman Rajwani, a union steward, was elected local president, but was quickly stripped of that title after receiving an email from OPSEU president Smokey Thomas saying that the election was mishandled and there would be a new one in the near future.

Rajwani, although disappointed with the news, said he agreed with Thomas that the November election was disorganized.

“I think the elections were just kind of intentionally designed for low voter turnout and participation,” said Rajwani, who will run again in next week’s election. “We are a membership of mostly precarious workers, we can’t all come together for just one hour to vote, but we’re holding a new election that we hope is actually, truly democratic and accessible.”

Following the election, Thomas stated in an email to members of Local 596 that he had received complaints about the circumstances surrounding the election and undertook an investigation, at which point he declared the results null and ordered them to be redone.

Thomas noted that members were not given adequate time to elect their new executive as there was only one hour allocated for the elections. The registration process took considerable time, so many members had no choice but to return to work without voting. Thomas also said that during the call for elections, the doors were not properly monitored in the room, so members were coming in and out and staff could not be sure if non-members had cast ballots.

Among many other concerns, Rajwani also noted that the room booked for the election was far too small for the number of people that turned out, which he said made it increasingly uncomfortable for voters and resulted in people leaving out of frustration.

Many members who showed up to vote took to Twitter to voice their anger and frustration about the process:

Shira Gellman, a current union steward for OPSEU local 596, is part of a slate called Grow Strong Through Change that is running in the upcoming election. After the initial election, her slate also pushed for further reforms such as multiple polling stations to overcome barriers to accessibility.

Gellman said that the issues with the initial election were a result of serious communication problems within the union. “Nobody knows what’s going on and there’s just a lot of confusion, which was especially obvious at the election [in November].”

Rajwani and Gellman are encouraging everyone to come out and vote on Jan. 28, especially student research assistants. Rajwani said their work is often precarious and unstable.

“The more precarious your work is, the more likely you are to be exposed to and vulnerable to incidences of incivility of harassment, discrimination, sexual violence. So this stuff could be happening to them and they don’t even know to come forward to a union; they turn a blind eye to it,” Rajwani said. 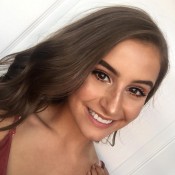