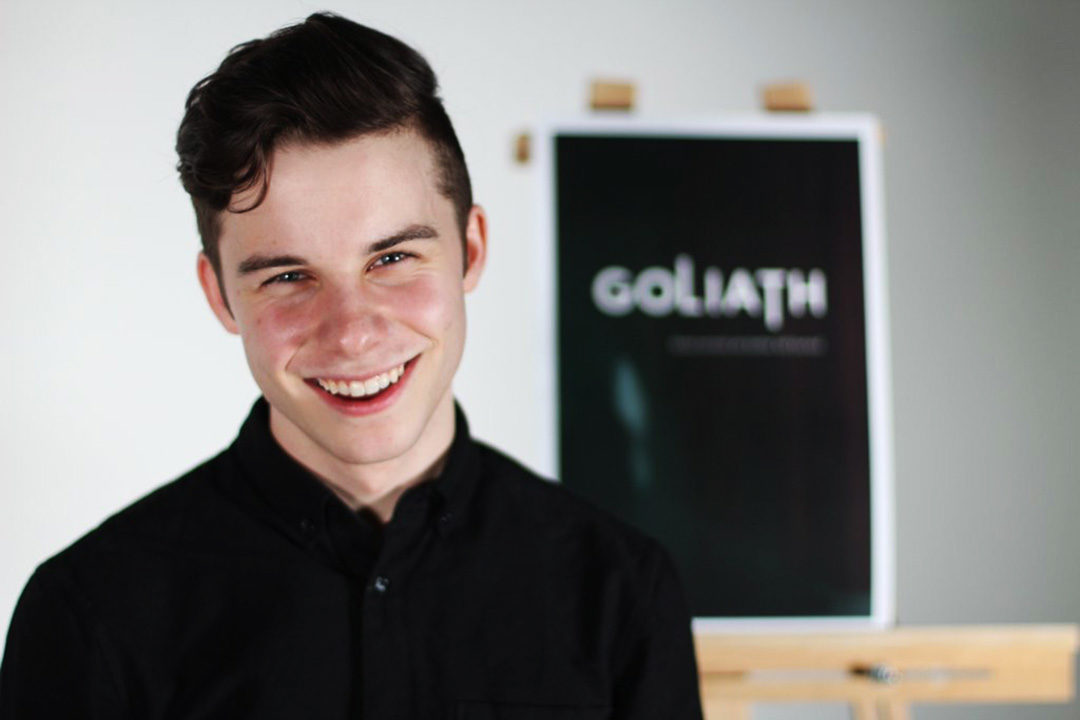 After 17 days and over $20,000, funds continue coming in for the Ryerson-directed feature film Goliath as it enters the third week of its Indiegogo campaign.

Goliath is being written, directed and produced by Luke Villemaire, a third-year film student at Ryerson.

In September, Villemaire secured $20,000 through the Ryerson Communication and Design Society (RCDS) to contribute towards the film’s $100,000 budget. This was a controversial decision, as Villemaire was the RCDS’s vice-president of finance.

While Villemaire said that he excused himself from voting when his project came up for funding consideration, the funding decision raised eyebrows among those who suggested it was a conflict of interest.

Villemaire told The Ryersonian in September that he kept himself out of the award process.

The film was originally called Where is Kyle Walker? but has since been renamed Goliath. Villemaire said it has undergone some major plot changes.

“It’s a more intimate family drama now,” he said. “The mystery of Kyle is still present and Robin Walker is still a journalist but the story plays out in a very different way.”

Villemaire told The Ryersonian in September that the film would be a mix of Gone Girl and Nightcrawler. He now describes it as similar to the 2013 drama August Osage County.

“It’s a slow-burning mystery,” Villemaire said. “An old relative comes to town and a long buried family secret is brought back to the surface.”

This is Villemaire’s first feature film. He plans to shoot in Trenton, Ont.

She is also a former Trenton resident who was able to work with the city to reduce production costs.

It turns out that Trenton and area aren’t new to filmmaking. Pilon says that the area was “popularly known in the ’20s as the original Hollywood North.” Trenton will be the film’s backdrop.

“An angle we’ve been going after is engaging the Trenton and (Quinte) West community because they have a history with film … so that’s kind of rooted in their history and they’re interested in bringing that back,” Villemaire said.

He said the city is working with him to reduce costs.

“The hope is we won’t have to pay for any locations and they can kind of get us permits for free.”

Villemaire also negotiated the price of residence for his crew members at Loyalist College, saving nearly $1,000 in fees.

To keep costs even lower, crew members will not be paid for the film, although cast members will be paid a union-standard salary.

A recurring theme in both the fundraising and the film is maintaining a Canadian identity.

Working with Canadian actor Shannon Kook, most notable for playing Zane Park on Degrassi, Villemaire and his team are actively working to promote and support Canadian film.

As a former intern with IMAX’s branding team, Villemaire gained extensive experience in corporate branding. He also gained knowledge on how to run a small, independent startup from his time working with the branding company Route 11.

Currently part of the marketing team at the clothing firm Wear Your Label, Villemaire has partnered with the brand that will be donating a custom gemstone bracelet for the film, which will be available for purchase. Proceeds will go towards helping to fund Goliath. The bracelet will also be worn throughout the film by the lead actress Jessica Sipos.

Other partnerships include Waterloo indie rock band The Royal Streets who, according to Villemaire, will likely be featured on the film’s soundtrack.

With two weeks left in their Indiegogo campaign and hopes of raising a total of $50,000, Villemaire and his team have more announcements coming.

Also taking place in the weeks ahead is a series of local talk show appearances that are scheduled to get the public aware of the film.

Rye grad to be published in national library

“To keep costs even lower, crew members will not be paid for the film, although cast members will be paid a union-standard salary.”

No offence, but with the budget you have (which mind you, is a LOT larger than many very low-budget indies), at least a small honorarium should be thought of for the crew – budget it in as a non-negotiable like insurance…

I get it is completely reasonable should Luke or Maddy or any of the other execs wish to waive their own payments, but for others being ‘hired’ on – such as makeup artists/grips/lighting/set designers/etc. – who are not part of the core creative/executive team, they should be hired and paid the same way (albeit with different prices) as the hired cast members are.

These artists and individuals are being brought on for their skill set to do a job, and it can not be expected that they will have the same passion to work for free for the better part of a month. Because when they are on your set, they can’t work another job that pays.

Remember, the actor’s skill set may be emoting in front of a camera and bringing the script to light, but it is the team behind the scenes are the ones that make it possible for them to look their best and be seen. Filmmaking is collaborative. Your grip walks half-way through because they got a PAYING job, and where does that leave you?

With your budget, paying cast and crew would be possible, and could well create a smoother set. Just a thought, and best of luck with your project.