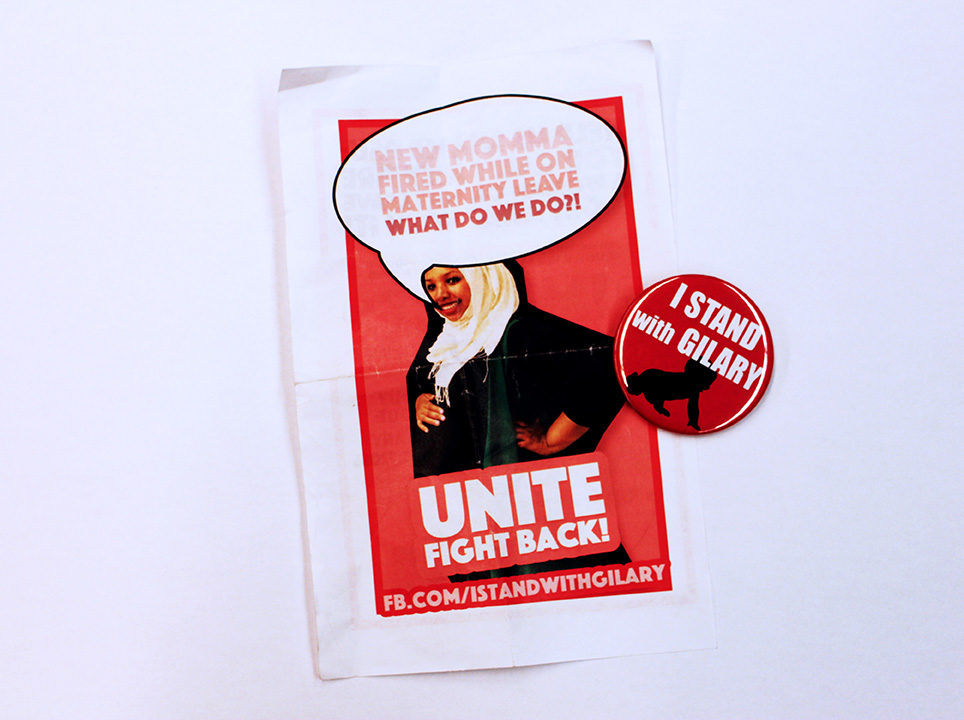 Some little pink flyers are drawing some big attention amidst a sea of Ryerson Students’ Union (RSU) campaign posters covering the campus.

The posters in question were produced by a community group supporting Gilary Massa, the RSU employee who lost her job while on maternity leave.

The posters included statements like “Help us shame RSU: you can’t just fire a woman on mat leave & get away with it!” and highlighted the connection between the electoral slate Impact and the decision to dismiss Massa.

The posters pointed out that two members of the current RSU executive team, Obaid Ullah and Harman Singh, are running for re-election with Impact.

Other posters encouraged students to help “protect mat leave for all women,” and directed them to the group’s associated Facebook page, “I Stand With Gilary.” 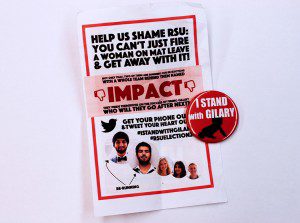 As the posters had not been stamped with approval by the RSU, they were quickly taken down by Ullah, Singh and the rest of their team.

“I think it’s shameful, disgusting and inappropriate, and it’s not creating a safe space on campus,” Ullah said.

“They’re attacking us for something we didn’t do. We never fired anybody, she was laid off. This is just something being used politically to make us look bad.”

Awo Abokor, candidate for president under the RU Connected slate, released a statement on the team’s Facebook page denying involvement in the postering and distancing the team from the Massa controversy.

“The RU Connected team has not, nor do we intend to, exploit Gilary’s situation as a campaign strategy for this election,” Abokor said.

Lisa Durnford, the chief returning officer of the RSU and the person responsible for approving election-related materials, said that the decision to remove the posters did not fall within her

jurisdiction because they were not campaign materials.

However, Durnford said that she still encouraged people to take them down as the posters were not “an appropriate way to advocate.”

She said that her biggest point of contention with the posters was the use of candidates’ photos without permission.

Representatives for the “I Stand With Gilary” group could not be reached for comment. 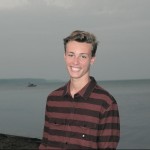