Una Wabinski was determined to find her passion from a young age. After cycling through several different extracurricular activities, she eventually fell in love with hip hop in Grade 7.

Fast forward to today, and Wabinski is a fourth-year production student at Ryerson’s theatre school, and the president of the university’s Urban Hip-Hop Union (UHHU).

The Free Ryerson Hip-Hop Intensive, a series of open dance classes taught by the UHHU offered to the student and alumni community on March 29, was just one part of her mission to educate the university about hip-hop culture. 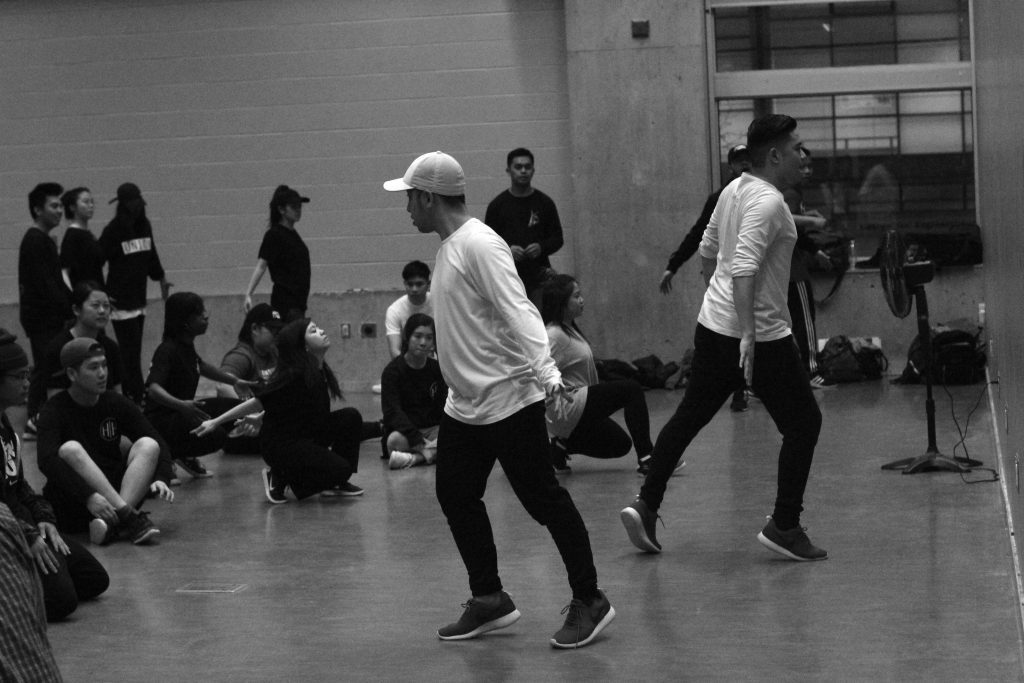 Wabinski explained that she thinks events like these are helping the UHHU expand its reach.

“I think we’re growing. As a student group, we’ve been around for 11 years now, and the dance component started a few years after,” she said.

The event was one of many held throughout the week before and included three different hip-hop workshops at beginner, intermediate and advanced levels. The workshops were taught by group mentors who’ve spent much of their time at Ryerson involved with the UHHU.

Each workshop hosted enough students to fill up the auditorium, which was far more than the UHHU was expecting, said Wabinski.

Ryerson alumni Dan Cruz taught the beginners portion of the workshop, and was the head choreographer for the group during his time there. Cruz often comes back to Ryerson to help out with classes such as this one and is generally known as a mentor in the UHHU.

“They usually ask me to help out as much as I can, and I love to because I kind of built the family,” explained Cruz.

While he graduated with a business degree and works at a bank during the day, Cruz has continued teaching dance on the side and recently launched his own dance program.

Cruz became interested in hip hop in his first year at Ryerson, and has continued with the art form for seven years. He also teaches salsa and some Zumba classes on the side, but hip hop, he said, is his genre of choice.

However, the UHHU wasn’t always so focused on community outreach. Cruz explained that the mandate was very different when he was a student at Ryerson.

“When I was here, it was more so just about dance. The UHHU, when it was started, was more about the hip-hop community, and then dance took over,” said Cruz.

“So it turned into us competing, us trying to hold workshops, but it wasn’t about actually reaching out and educating people about hip hop,” he continued.

As part of its newfound outreach initiative, the UHHU is hosting a slew of events and workshops almost every week. During the week of April 3, the group put on a hip-hop festival, featuring a graffiti workshop, dance classes and more.

What would you do if you saw bullying on campus?