Attendees at the Transmedia Zone got to try a 360-degree virtual reality app. (Robyn Fiorda)

Ryerson students stepped out of their reality and onto the virtual rooftop of a Toronto highrise building, with the help of a new virtual reality app.

“VR is bringing in all of these realms of possibilities and it’s pushing us to explore beyond just the frame,” said Cerda.

Cerda was working on an urban exploration documentary when she had the idea for people to explore the documentary in virtual reality. She pitched her idea to Richard Lachman, the Launch Zone director, who connected her with Eric Karnis and Rodrigo Borquez Diaz to help develop the app and graphics.

Students tried out the social virtual reality app in a live demo on Wednesday.

“You got that feeling as if you were actually really high up and you could almost feel the pull of gravity,” said Kristy Boyce, a fourth-year image arts student.

The multi-player experience allows one person to become the tour guide, navigating the system by simply looking at the next button. The group is led through four scenes from Cerda’s documentary that explore a rooftop, drain, crane and tunnel. A player can see their teammates as green arrows on their screen.

The equipment is minimal and fairly inexpensive. A Samsung S7 is plugged into the virtual reality headsets, which are made from plastic and cheap lenses. The Wi-Fi connected phones show video at 60 frames per second, which is a major requirement to prevent motion sickness.

Cerda says the project, which began last May, was an experiment to see how people would react to being in the same virtual space. Even though she says the feedback has been positive, Cerda says it can still be improved through user experience and building on the social aspects of the app.

“We have Internet connections and can make phone calls through virtual realities, so why not use that new aspect to bring people together,” said Cerda.

Cerda’s documentary, Above View Below, will be released in the next two weeks and will appear on the Samsung’s Milk VR YouTube channel. 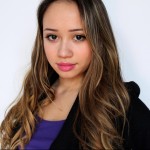