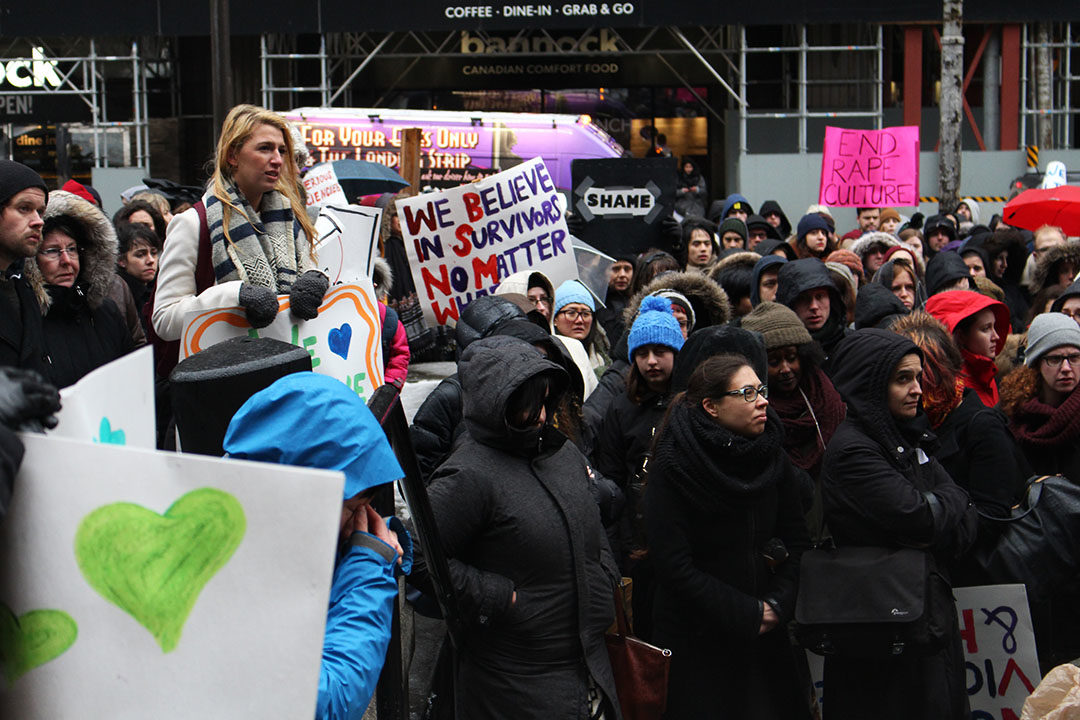 Jian Ghomeshi’s not guilty verdicts on March 24 triggered a rally and solidarity march in support of sexual assault survivors outside Old City Hall just a few hours after the ruling.

The event, which was co-hosted by Ryerson’s Centre for Women and Trans People and the Office for Sexual Violence Support and Education, saw hundreds of locals turn out to the courthouse.

Alyson Rogers, co-founder of the Ryerson Feminist Collective, said that the group felt it was important to show support for the survivors in light of the acquittals.

“We do live in a world where sexual assault survivors are not believed,” Rogers said. “Even though the court said we don’t believe you, we wanted to say that we do.”

Jennifer Hollett, a local political activist and co-organizer of the rally, said, “We thought no matter the outcome we needed to claim space for the women who bravely came forward to testify.”

Earlier Thursday afternoon, Justice William Horkins read his much-anticipated verdict, acquitting Ghomeshi of all five charges laid against him, which included four counts of sexual assault and one count of overcoming resistance by choking.

Though the decision sparked outrage in the community, protesters were optimistic that it would lead to greater discourse about the way sexual assault survivors are treated in the legal system.

“Hopefully this opens a wider conversation on what justice can look like,” Hollett said.

The rally looked to support all survivors, both women who have testified and those who haven’t. 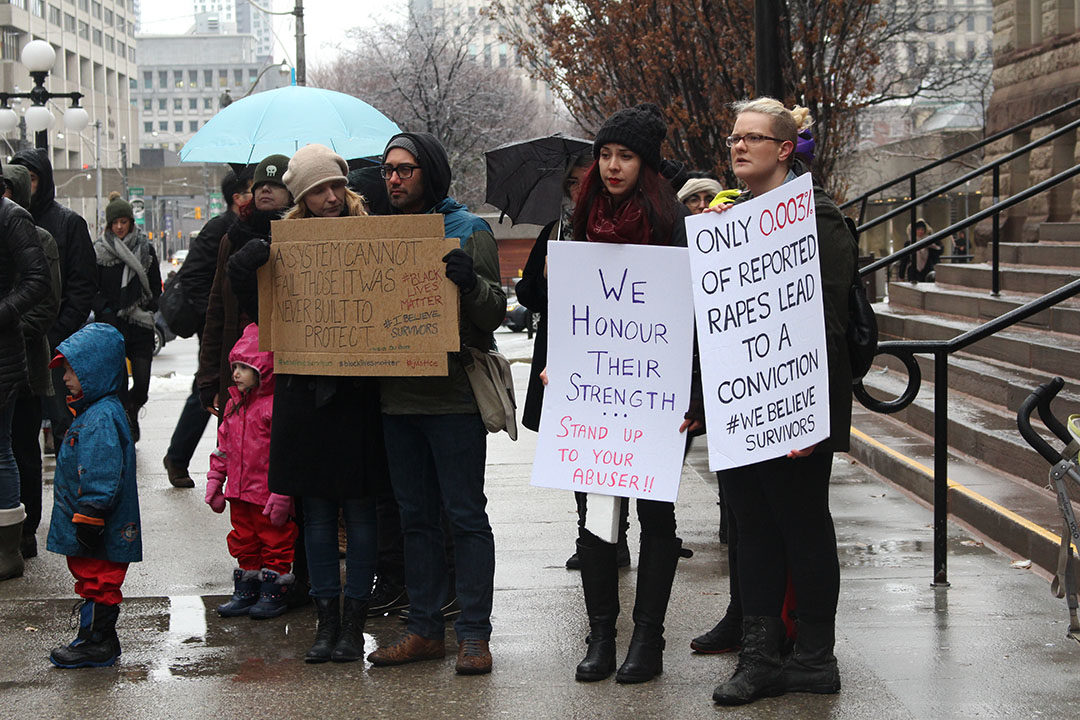 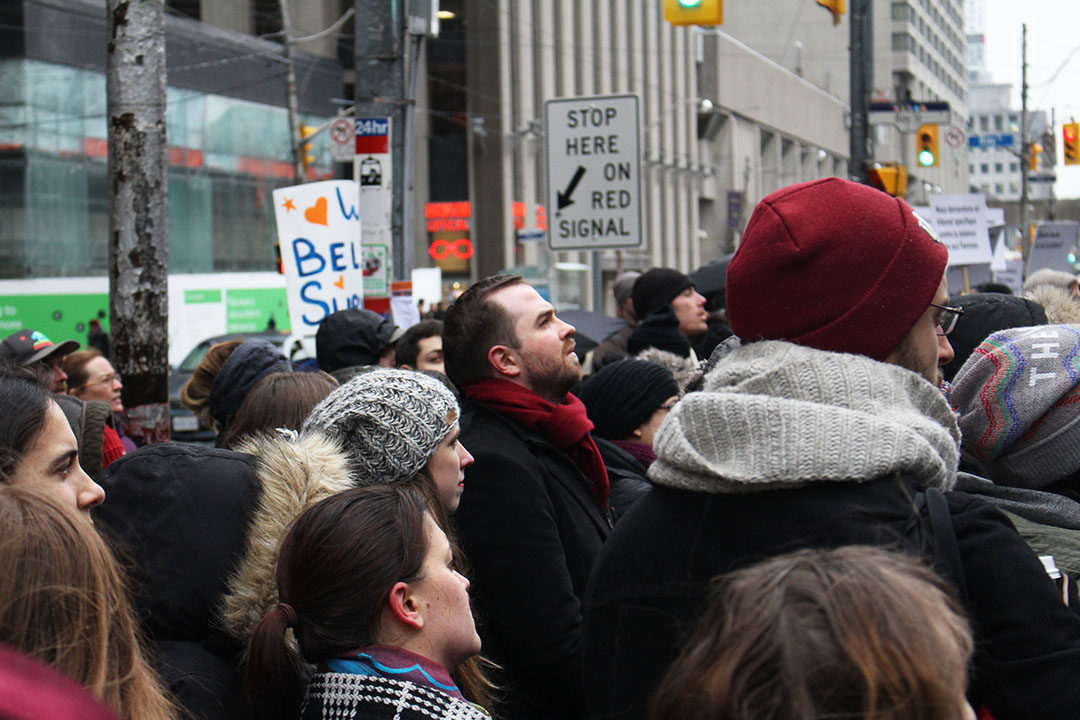 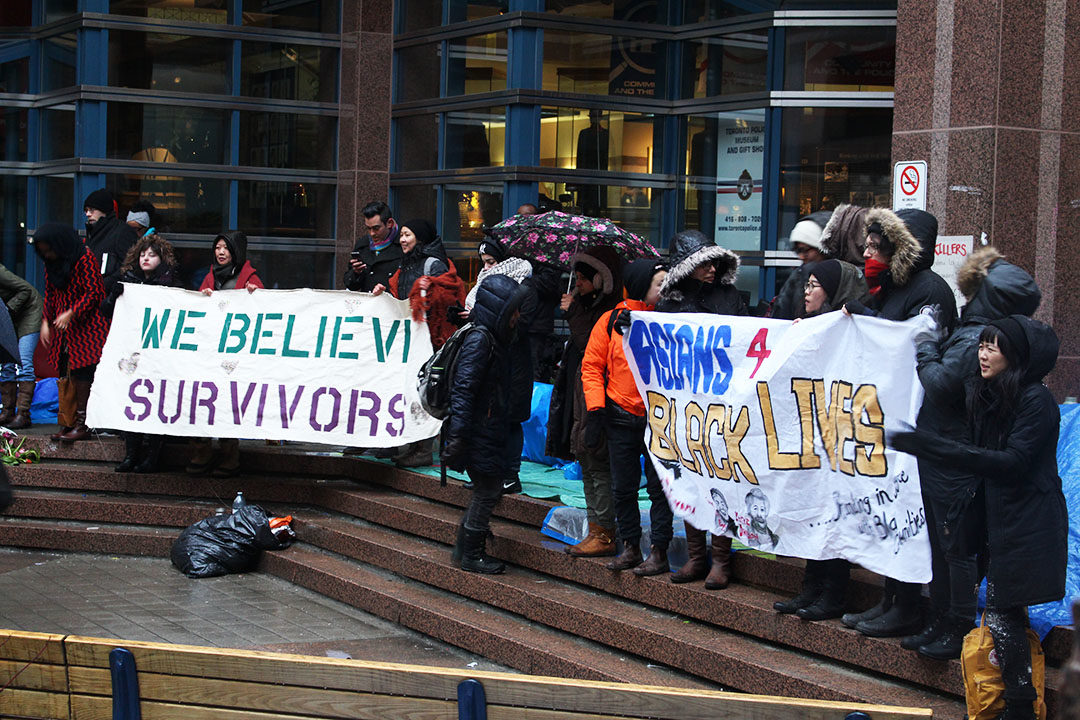 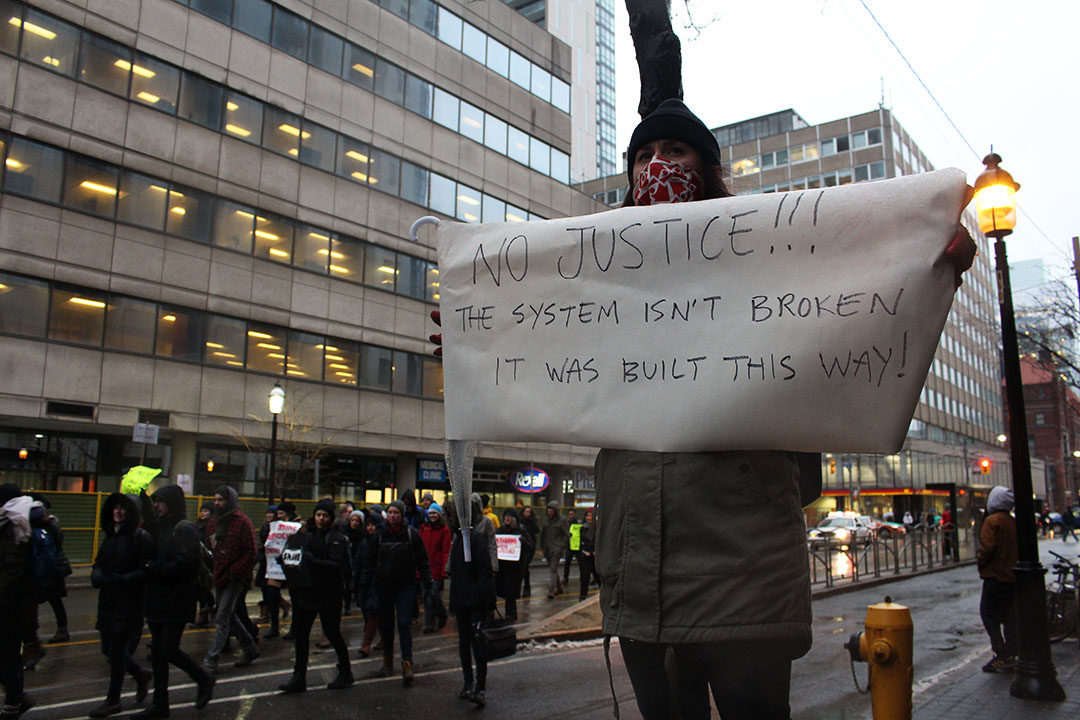 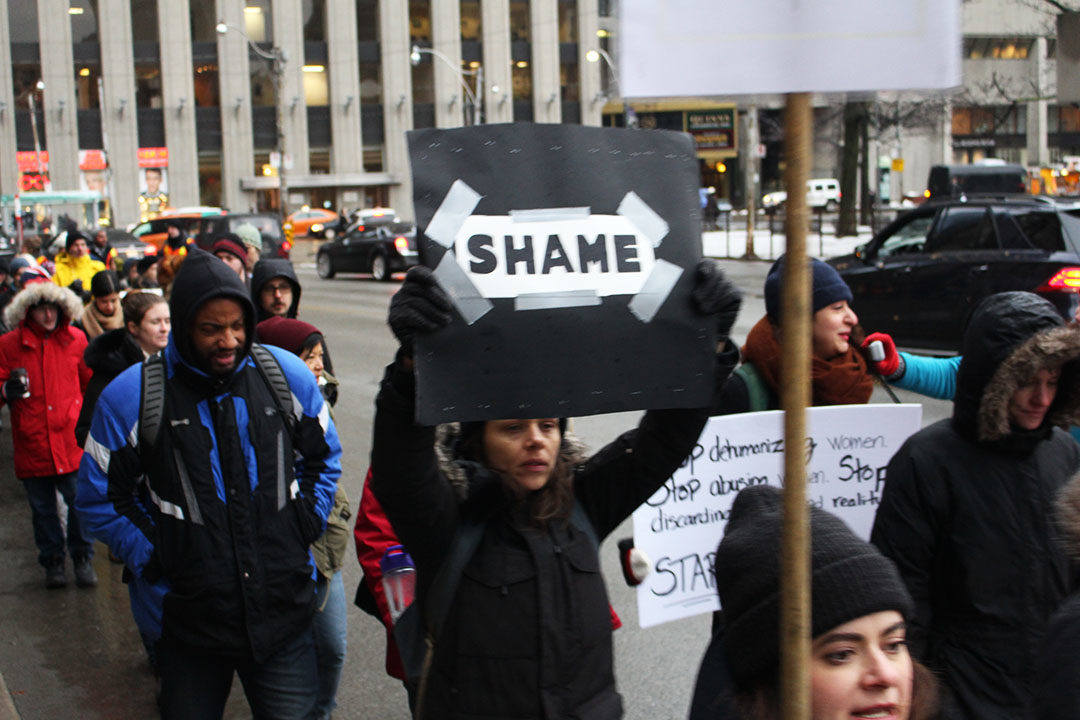 “I want the culture to change,” Jeeva said. “It’s important to show survivors that their experiences are valid.”

Many who attended the rally question the court system’s treatment of sexual assault cases.

Hannah Raburn, the co-ordinator of Ryerson’s Centre for Women and Trans People, helped organize the rally and says it was the first step in spreading that message.

“A lot of this is about letting survivors know there are folks who support them,” Raburn said. “It’s about making a statement about the justice system that there are things that need to be fixed.”

According to Raburn, a large part of that support comes from acknowledging a diverse array of experiences.

“A lot of that has to do with recognizing the intersectionality of different oppressions,” she said.

This was particularly evident as the crowd marched up Yonge Street to join a group of Black Lives Matter Toronto activists at the Toronto police headquarters on College Street.

The group has been camped outside police headquarters since March 20 following a protest demanding the name of the officer who shot 45-year-old Andrew Loku turned violent.

“It’s all interlinked,” Jeeva said. “A lot of racialized women have these experiences and it’s important that we’re connecting with them.”

The rally included members of many Ryerson student groups, including representatives from the Ryerson Students’ Union, the Ryerson Feminist Collective and the Centre for Women and Trans People. Members of the Canadian Federation of Students Ontario also participated.