By Hania Ahmed and Anna Chorazyczewski

Ryerson students and professors lit up Ryerson’s Artspace as part of Nuit Blanche this Saturday with screenings of their short films, shot and produced in Iceland.

“It’s super exciting to be a part of such a big art event,” said Alicia Harris, a fourth-year film student whose film all things but forget was one featured at Nuit Blanche.

The films are the result of a 10-day workshop, where 12 students from across programs and two professors travelled around Iceland, shooting on location and editing to produce a first cut of their films by the end of the 10 days. Students produced a second film at the end of their summer semester. 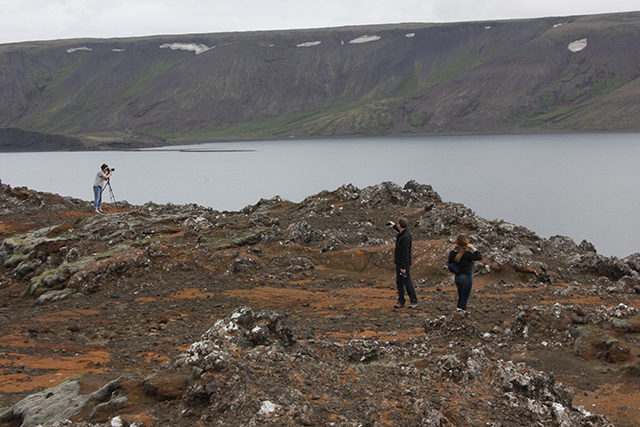 The workshop, which is equivalent of a professional elective, has been held in 2012 and 2014, with the 2014 workshop coinciding with the summer solstice.

While the cost of the workshop — which didn’t include flights, personal shopping or food — was high, many found that the experience was well worth it.

“I felt like I was able to have a real connection to the land because it was giving its beauty to me and I was excited to share its beauty through film,” said fourth-year film student Monika Borchert, whose film Untouched was also screened during Nuit Blanche. “It is something I’m proud of as it is a visual experience of how Iceland affected me.”

“It’s honestly the perfect place to make a film,” said Harris. Along with seeing Iceland, Harris climbed a glacier and swam in the fissure that divides the Eurasian and North American continental tectonic plates.

Pierre Tremblay, one of the professors that leads the workshop, describes the class as an “experience that is interesting … it’s a fascinating country.”

Under the guidance of Tremblay and instructor James McCrorie, students learn different techniques and approaches to make their short films. The workshop allows students to form bonds, not just with each other, but also their instructors. 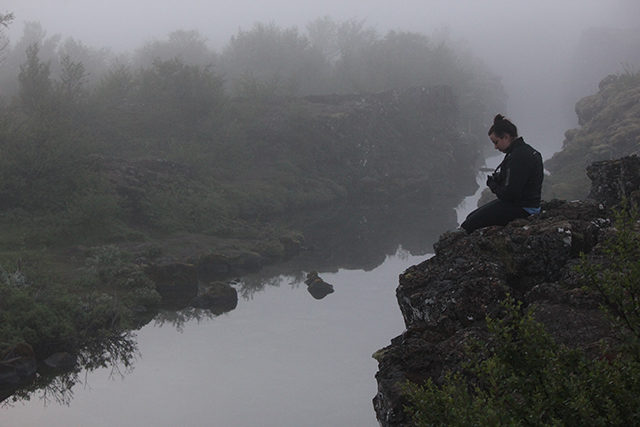 Since Harris finished making her film, it’s been shown at festivals like Maximum Exposure, Nordic Nights and the Underground Film Festival in Munich, Germany.

Despite her fun experience, Harris said being a filmmaker isn’t easy, as she walks a thin line between believing she’s a good filmmaker, and believing she’s the worst so she can continue to push herself.

Harris said that having her film screened at festivals like Nuit Blanche helps validate her decision to become a filmmaker. She says films and art are different than essays and other class assignments because “you put so much of yourself into your art” and having someone tell her that her films moved them, or were touching makes her feel good about choosing “such a scary career path.”

“It just really reiterates the crazy decision you made to become an artist in the first place,” said Harris. “Getting to be a part of this event is really an honour.”

Bathhouse reaches out to students at Ryerson