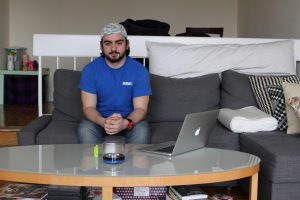 When it comes to renting in Toronto, students don’t always know their rights as tenants and some feel their landlords are taking advantage of them.

Ryan Clarke is a third-year hospitality and tourism management student at Ryerson University and moved to Toronto last May. He lives in a two-bedroom apartment on Sherbourne Street and splits the $1,520 rent with his roommate.

But after multiple maintenance issues, Clarke said he regrets signing a lease. The rental office at his apartment building could not be reached for comment.

“It’s hard when you are a student – you just have to accept it,” said Clarke. “I’m getting screwed over but what can I do about it?”

Clarke said mold has been growing under his kitchen sink for months, his air conditioner broke in the middle of the summer and there is water damage from a flood that happened over a year ago, when the unit was occupied by the previous tenant. All of these issues have yet to be fixed.

Earlier this month, a city committee pushed forward a new bylaw that will crack down on bad landlords.

These regulations, if approved by city council, will ensure that building owners register each year with the city, create and maintain plans for waste management and cleaning, conduct regular inspections, handle pests, use licensed contractors for mechanical system repairs and more.

Article continues after the photo. 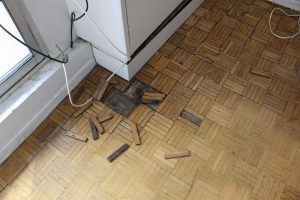 Cathy Crowe, a distinguished visiting practitioner at Ryerson and an advocate for affordable housing and the homeless, said implementing these new bylaws would benefit student renters.

“It’s going to help the most vulnerable and that’s often students, because it would provide more protection,” said Crowe. “When stuff like that happens, it makes the landlords watch what they are doing in a proactive sort of way.”

According to a report from the CBC, there are currently 2,800 rental buildings in Toronto. If city council approves the proposed bylaws, inspectors will start visiting those properties regularly to ensure landlords are providing proper living conditions for tenants.

Fourth-year Ryerson photography student Connor Remus, who shares a house in the Dovercourt Park area with three other roommates for $3,000, said he agrees with the new bylaws and that landlords need to be held accountable.

“This past September, [my landlord] texted – not a formal written notice, texted – one of us that she would be raising the rent $1,000 or else she was evicting us,” said Remus.

Remus added that his landlord does not talk to all of the tenants, just one of them, making it difficult for him to get in touch with her.

After some negotiating, Remus’ landlord agreed to a rent increase of $500, but that is still well above the allowed 2.6 per cent increase rate. Remus has still not received any formal notice – something that is illegal under the Ontario Landlord and Tenant Act.

“As a student, you have book fees, tuition, transportation, groceries, other amenities – $500 doesn’t come easy to a student to just tack on,” said Remus.

Remus has previously spoken with a real estate lawyer, but he doesn’t want to take action against his landlord and have to deal with the stress of finding a new apartment while finishing up the school semester.

Clarke has yet to speak with a lawyer – he said he doesn’t have the time as a student.

“It’s so unrealistic,” he said. “You don’t have time to find a lawyer, plus you have to balance it with school and work.”

“Landlords know us as students [that] don’t have the resources to go against them. Once you sign that lease, you’re screwed… until you own a place, you’re not going to get anything special.”

But with Toronto’s high-priced housing market, many millennials won’t be able to own a property anytime soon. The reality of the marketplace seems to suggest that affordable housing is unobtainable for young professionals due to the lack of low-cost rental supply.

For now, Crowe suggests students should contact their local city councillor if legal help isn’t an option when they have serious landlord issues. 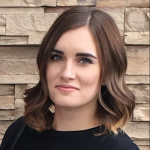