The Student Campus Centre on Gould Street is getting new furniture and a new paint job.

During the Nov. 17 board of directors meeting, Ryerson Students’ Union (RSU) president Andrea Bartlett said that the union is expected to share a $15,000 cost with the Continuing Education Students’ Association of Ryerson (CESAR) to help renovate the second and third floors of the centre.

The renovation will include new furniture for the second and third floors. 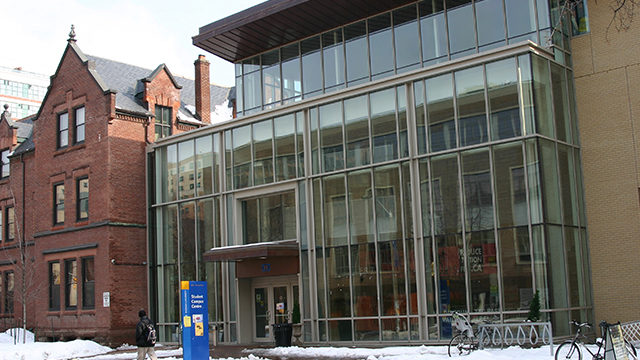 While the RSU and CESAR will each contribute $7,500, the student centre management will be footing the bill for the remainder of the cost. (The Ryersonian contacted the student campus centre’s finance manager for the total cost of the second and third floor renovations, but did not receive a response by the time of publication.)

“The Student Campus Centre (will bear) most of the cost for the second and third floor renovation,” said Bartlett during the meeting.

In total, the RSU spent over $50,000 on the centre renovations, according to Bartlett.

The cost includes the $4,500 for furniture that was purchased for the first floor, the RSU’s $7,500 contribution for the second and third floors and an $18,000 paint job.

“Ten per cent of each student’s levy goes towards capital reserves or building renovations,” said Obaid Ullah, the RSU’s vice-president of operations during the meeting.

“At the end of the day, we’re doing something for the students and it’s their money,” he said.

During the meeting Barlett said that the previous RSU board had spent $500,000 on the renovations for the third-floor bathroom and the basement.

“Last year’s board spent half a million dollars on the renovations downstairs and the third floor bathroom, and this is $55,000 on revamped study space which has been … in demand by the students,” said Bartlett during the Nov. 17 meeting.

I finally found my safe space at school