You may be familiar with the critically-acclaimed film Inglorious Basterds.

The film, directed by Quentin Tarantino and loosely based on the events of World War II, follows a  group of Jewish-American soldiers who go on a dangerous mission to hunt Nazis behind enemy lines. But while there are elements of truth in that film, don’t expect The Real Inglorious Bastards to feature any of Tarantino’s trademark gore and dark humour.

Despite having a similar name, this award-winning documentary delves even further into the story. Directed by Min Sook Lee, a documentary media teacher at Ryerson, The Real Inglorious Bastards follows the lives of two American refugees and a deserter from the German Army who were part of Operation Greenup, a mission formed by the American government during World War II.

Documenting how these men went behind enemy lines to fight the Nazis, the film recently won the award for Best History Documentary at the 2014 Canadian Screen Awards (CSA).

Often fascinated by stories of resistance and social change, Lee says she was partly inspired to make the film to teach audiences that the events of Tarantino’s film actually happened, despite its obvious inaccuracies.

“I think a lot of people are familiar with Quentin Tarantino’s film, and they think it’s a Tarantino-esque kind of violent fantasy.  They don’t think that there are shreds of truth in the story of Jewish revenge, of Jewish resistance,” she said.

Wanting to show that Jewish people actually played a role in rewriting history and helping stop the war, Lee managed to get in contact with two of the original members of Operation Greenup, which housed its compound in the Austrian state of Tyrol.

One of them was Fred Mayer, who passed himself off as a German officer to collect military intelligence.  The other was Hans Wijnberg, who served as a radio operator communicating with allies while hiding in the attic of a farmhouse.

“For me, it was really important for us to reframe what that period of time looked like so that Jewish people during that time – often seen as the victims – can actually be seen in a much more complicated way,” Lee said.  “The opportunity to tell a little known story that changed world history with individuals who are still alive to tell their stories is incredible for a documentary filmmaker.”

Both Mayer and Wijnberg were Jewish refugees who enlisted in the U.S. army to help the allied effort against Nazi forces, and they became friends while learning  guerilla warfare.

They worked with a German defector named Franz Weber, who died 10 years before the documentary started production.  Mayer has since relocated to West Virginia while Wijinberg lived in Amsterdam.

Through interviews, dramatic reenactments and archival material, the documentary shows how both men posed as Germans while sending information back to the U.S.

But while Lee had initially planned a reunion for Mayer and Wijinberg in Austria, Wijinberg fell ill and had to resort to Skype to see his friend.  Wijinberg died a day after he was interviewed for the film.

“It was a real motivation that this film got done,” Lee said. “It got done well.  And it honoured Hans’s memory as well as many of the resistance fighters in World War II.”

But despite encountering challenges to get the film completed, The Real Inglorious Bastards has since been warmly received.

The film was also nominated for CSAs for best editing and directing for a documentary.  Cinematographer Daniel Grant, who graduated from Ryerson’s film studies program, was honoured by the Canadian Society of Cinematographers.

While Lee says the reception has been great, she says telling the little-known story of Operation Greenup was a privilege.

“I think one of the rewards was actually meeting the individuals who were responsible for rewriting history, who had the incredible courage and tenacity to take on actions during a time of extreme hardship because they believed in something larger than their lives,” she said.

“What heroism looks like in everyday encounters, is actually what your neighbour looks like. What someone in your family looks like.  It’s not some epic comic book superhero. It’s actually ordinary individuals who have heroism inside of them.”

The CSAs celebrated the best in Canadian film and television last week, with the festivities ending on Sunday. Barry Stevens, an instructor at Ryerson’s School of Image Arts, also won an award for Best Director in a Documentary Series for War Story – Ortona: The War Inside. 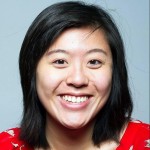 Ivan Joseph on the strongest soccer team he has ever coached