Several key players from the women’s basketball team graduated over the summer. Even so, the Rams started hot and have rolled into a six-game winning streak

There were major questions about the Ryerson women’s basketball team as it entered the 2019-20 season.

After losing in the quarterfinals of both the OUA playoffs and the U SPORTS Final 8 National Championship, three of the team’s key rotation players graduated last June. One of those three graduates was star centre Sofia Paska, the program’s all-time leading scorer and rebounder.

The Rams have not only survived the loss of their star; they have improved, and lately, they have been dominant. Ryerson has won six straight OUA regular-season games and 10 of its 12 contests this season.

So, how does a team lose its best player and still manage to succeed? That is a mystery worth exploring.

“We have a different style of play than last year,” said starting forward Jama Bin-Edward after practice Tuesday morning. “Our offensive transition has really, really improved.”

Bin-Edward, the team’s second-leading scorer, said the Rams’ defence has advanced similarly, as they have excelled at putting pressure on opposing teams’ top offensive options.

“Our one-on-one [defence] has improved a lot,” she said. “I think this is one of our best defensive seasons.”

The team’s offensive success is closely related to its defensive prowess. Bin-Edward said the team’s ability to get “quick stops” allows them to get out in transition, translating into easy points on the other end. That is evident on the stat sheet, as the Rams have averaged 22.8 points off turnovers. Ryerson’s scoring off turnovers makes up nearly 31 per cent of the team’s total points per game, which ranks fifth in OUA.

Rams head coach Carly Clarke said early in the season that the team would have to adjust its style in the absence of Paska, a 6-foot-4 centre. Without her inside presence, Ryerson would have to rely on speed rather than size.

“Our strengths are in different places,” Clarke said after a practice in October. “I think we’re higher-paced, faster-paced, a little bit more athletic.”

Clarke’s pre-season thoughts have proven accurate, as the Rams’ quick attacks have been key to their high-octane offence. They have scored more than 80 points in four of their 12 regular-season games, all of which resulted in double-digit victories for Ryerson.

Bin-Edward credited several players stepping up their leadership as another factor in the team’s success. In that regard, fifth-year point guard Hayley Robertson has been particularly helpful. Bin-Edward said that Robertson’s presence as a steady ball-handler has been crucial.

Robertson is averaging career-highs of 10.9 points and 5.7 assists per game this season, leading the team in the latter category.

With back-to-back key matchups next week against Ottawa and Carleton – the two top-ranked teams in OUA right now, each with a record of 11-2 – it may be difficult not to look too far ahead. Bin-Edward, however, said that the team is taking it one game at a time, keeping their eyes only on the opponent in front of them.

“We’re doing a good job of focusing on the task at hand, doing well, and then moving on to the next,” Bin-Edward said.

With a vital stretch of games looming, that is all they can do. 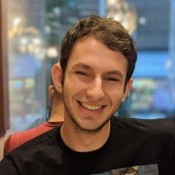 Fourth-year journalism student at Ryerson, sports and copy editor at The Ryersonian, writer at Raptors Rapture, and soon-to-be TSN intern.

Fourth-year journalism student at Ryerson, sports and copy editor at The Ryersonian, writer at Raptors Rapture, and soon-to-be TSN intern.

Here are five essential rules to survive a nuclear disaster