Fewer than 30 students have taken advantage so far, but that hasn’t dissuaded officials from believing in the possibilities of the new Ryerson-York Exchange program.

This semester, 16 students from Ryerson are taking classes at York, while 11 from York are making the trip downtown.

“It’s a bit of a pilot this term,” said Bruce Piercey, a spokesman for Ryerson. “They wanted to go a little light on that.”

The majority of Ryerson students registered are from business management, but there are also students from nursing and biomedical science programs.

It’s clear these students aren’t participating in the exchange for easy credits, either.

Between the two schools, about 40 classes are offered through the program.

Camila Escalante, a second-year political science student at York, said she’s looking into the curriculum to try something new.

“Without this program, I would be very unlikely to look into taking classes at Ryerson,” she said.

Some Ryerson courses have already caught her eye, including political philosophy, social thought and the critique of power, and labour economics.

The commute hasn’t been an issue for current and prospective students either, said officials. Escalante agreed.

“For myself, it would be much closer than York, but aside from that, I think it would be a wonderful experience to be able to attend a different school and meet new professors and students.”

Prior to September’s launch, if Ryerson or York students wanted to take classes at the other university, they had to first obtain letters of permission before filling out their paperwork.

Now, students pay all fees to their home university and courses taken at the visiting school are automatically included on their transcripts.

Mohamed Lachemi, provost and vice-president, academic, said in a release the program serves as a new phase in collaborative efforts with York.

“We are thrilled to be launching this initiative and pleased to be adding to the many ways in which we offer students the ability to earn credit for work at our colleague institutions,” he said.

Students in second-year standing or above, with a minimum GPA of 1.67 can participate. 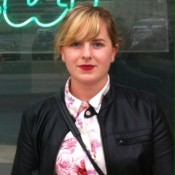