About the author: Veronica Roth is an American author best known for the Divergent trilogy, which also include Insurgent and Allegiant. The last book was released in October of last year. While on winter break of her senior year of the creative writing program at Northwestern University in Chicago, Veronica Roth, then 21 years old, wrote the first book Divergent, which has now been made into a major motion picture. Ruth’s high school experiences inspired the trilogy, which follows the themes of conformity and being unsure about what to do with your life. She has won three Goodreads awards.

Plot: Divergent tells the story of a dystopian post-apocalyptic Chicago through the eyes of Beatrice Prior. The future version of Chicago has been separated into five factions to keep order and peace through categorization, each valuing one virtue over all others: Dauntless for bravery, Candor for honesty, Abnegation for self-sacrifice, Amity for peace and Erudite for knowledge. Because the Abnegation people are supposed to be selfless, they run the government. Each year, the 16-year-olds in the society take a test to determine which faction they are best suited for. But Beatrice’s results reveal she is divergent, which means she doesn’t fit into any one faction. Divergents are seen as a threat to the faction system, so Beatrice chooses Dauntless to hide out in and becomes “Tris,” where she goes through initiation. Along the way, she learns secrets about the factions and that not everything is as peaceful as it seems.

Why you should read it: You shouldn’t. The book has several similarities to both Brave New World and especially The Hunger Games, another young-adult trilogy set in a post-apocalyptic landscape and also separated into categories, instead called “districts.” The exploration of society and class, the complex female main character and the love story was better executed in The Hunger Games. Roth’s ideas in Divergent are good and the writing makes for an easy read, but the book focuses too much on Beatrice’s introspection and there’s not enough about the other characters or how the society came to decide on a faction system. It is much more violent and colder than similar novels. And with the déjà vu it brings to past dystopian thrillers, it is honestly better to read the more enjoyable Ender’s Game or The Giver instead. 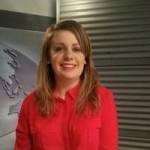 The mystery of RSU fees