Ryerson University students will finally have options for receiving their leftover meal plan money this year after The Ryersonian revealed that it is possible to offer students refunds and rollovers while still abiding by Canada Revenue Agency guidelines. 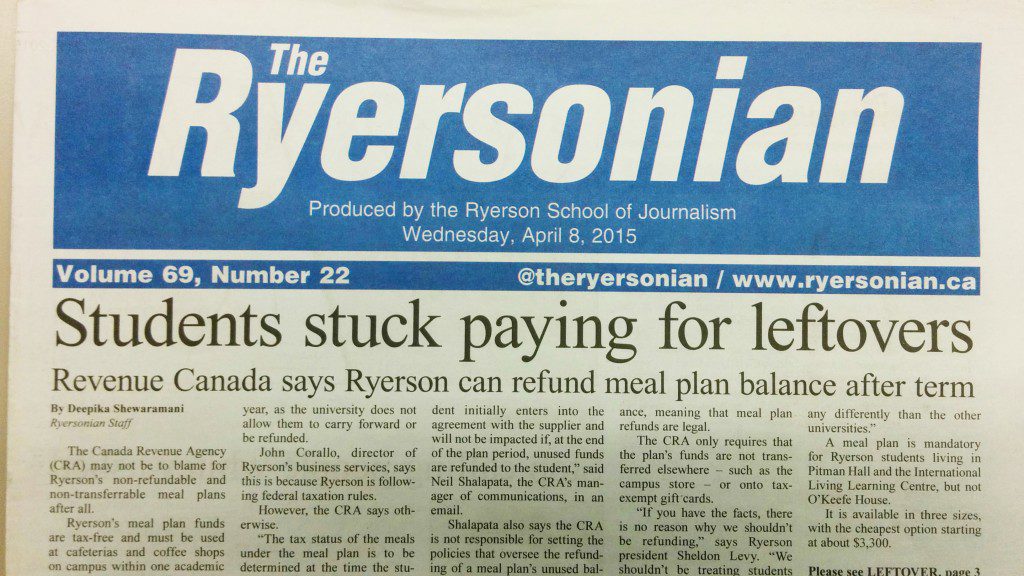 A previous Ryersonian story that revealed that CRA was not blocking changes to the meal plan system.

More than 300 students signed a petition in favour of eliminating the non-transferable, non-refundable policy.

In April, The Ryersonian reported that while the university claimed its inability to transfer or refund the money was due to federal taxation rules, the CRA does not prohibit refunds.

Ryerson administration then began an investigation into a policy change.

Janice Winton, Ryerson’s vice-president of administration and finance, said there is “no question” about changing the policy.

“We agree that we’re going to be doing some kind of a refund for the students,” she said. The current policy, in place since 1991, requires the tax-free meal plan funds to be used only in cafeterias and restaurants on campus. It doesn’t allow the money to carry over into following years, and doesn’t allow refunds for balances. Unused funds go to Ryerson Food Services at the end of the year.

Winton said students will have options about what they want to do with any leftover money at the end of the year.

Possibilities include transferring leftover funds to a student’s RAMSS account where money can either be used towards outstanding fees or refunded, carrying the funds over to another meal plan for the following year or putting the money into a Ryerson Eats non-taxable meal plan.

Other universities in Ontario have been able to issue refunds to students while also following the CRA guidelines, prompting the administration at Ryerson to re-evaluate its policies. Winton, working with director of financial services Peter Gee, looked at the systems in place at eight schools, including the University of Toronto, the University of Guelph and York University, for insight.

“If others are doing something that benefits the students and it’s all legal, and we’re not (doing it), then we have a problem,” he said.

The change will be implemented this year, which means students will have options come April. At the moment, however, some logistical issues are being looked into.

“We just want to be careful so that we don’t accidentally trigger a huge manual effort for everybody involved and have to issue thousands of cheques for small amounts of money,” Winton said.

This may mean initially providing students with just one refund option before a full program with more choices is rolled out.

However, the new policy also means that Ryerson Food Services, which receives $25,000 to $30,000 at the end of each year from thousands of students’ leftover funds, will have to adjust their bottom line because of this cut.

Winton said she “want(s) to give them (students) choices.” 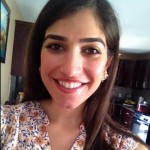 Part-time job search kicks off for the new school year