A poll conducted by The Ryersonian Monday shows that students are split between Olivia Chow and John Tory in the upcoming municipal election.

Students’ voting plans have dramatically changed since February, when The Ryersonian last polled students. While Chow’s support is approximately the same at 26 per cent, Tory’s support has gone from 2 per cent to 28.1 per cent. Taking the margin of error into account, Tory and Chow are in a statistical tie among Ryerson students.

The change in the student vote reflects a drastic shift in the landscape of the election as a whole. Doug Ford’s name has replaced Rob Ford’s on the ballot, and Karen Stintz and David Soknacki’s names have been removed altogether.

A city-wide poll released Monday by Ipsos Reid has Tory in the lead with 48 per cent of the vote — Ford and Chow trail behind at 26 per cent each.

The Ryersonian poll on Monday, which asked students who they intended to vote for in the upcoming election, had a margin of error of plus-or-minus seven per cent, 90 per cent of the time.

Co-director of Ryerson’s master of arts program in public policy and administration John Shields says that because of the margin of error, “this poll gives a general idea of where people are leaning, but it can’t speak to specifics.”

With less than a month left until the election, many Ryerson students have yet to decide who they’re voting for; 32.3 per cent of students polled are still undecided. This has dropped from 47.7 per cent in February, but the numbers are as susceptible to change as ever.

“I don’t think these results necessarily reflect students’ opinion on Tory’s platform,” he says. “People get inertia. Students are reading about Tory, hearing that he could be the only person that can beat Ford, and it snowballs. He’s on the radar.”

Kosny cautions students: “It’s not a popularity contest. I mean, we all know this election is a whole lot about a referendum on the Fords. But it shouldn’t be.”

Phil Triadafilopoulos, an associate professor of political science at the University of Toronto, echoes this thought.

“People, student or not, show up to vote without knowing candidates’ platforms, and yet cast a ballot anyways. Dig through their websites. Do a little research before you vote them into office,” he says. 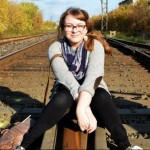