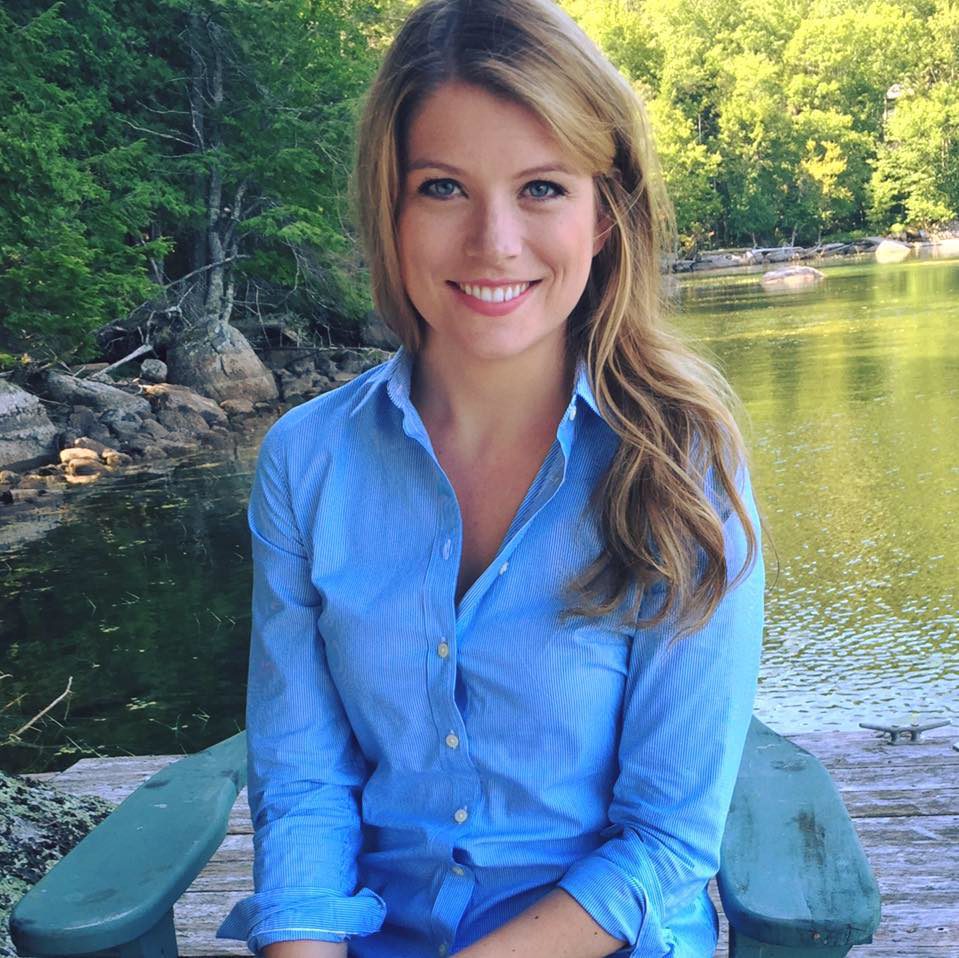 “I basically ambushed him. He was coming out of a building and secret service was there, and he had already won the nomination. ‘Mr. Trump! What do you think of Barbara Res’s article about working with you?’”

This was the question Ryerson journalism alumna Alison Hall had for President Donald Trump, who at the time was the Republican presidential nominee. Hall only had a few seconds to ask Trump about Barbara Res, a female engineer and former Trump organization employee, before he was whisked away by the secret service. In Res’s article about Trump for the Guardian, she stated she “certainly would not vote for him” due to the “sexist comments” made during his campaign. His response to Hall? “Oh, send her my regards, that’s very nice of her!”

Before Hall was ambushing Donald Trump for an interview, or even covering major political events like the Democratic National Convention, she was living in Winnipeg.

“When I was really little, I wanted to be either a teacher or actress. I would literally teach my stuffed animals and dolls, and I was always acting in front of my dolls,” says Hall. Merging her two interests together, her mom suggested that she pursue a career in TV reporting. “You get to perform and you get to teach people about things, and I was like ‘Oh my God, it’s my destiny,’” she says.

“Since I was a transfer student, I didn’t know anyone and had a really tough time making friends. I was kind of half in first year and half in second year.” That’s when Hall began to look to the Big Apple and scored herself an internship interview at ABC News in second year. “I bussed down on an overnight bus from Toronto and I got off the bus at 7 a.m. by myself. It sounds so cheesy, but it was a Carrie Bradshaw moment when I stepped off the bus, I was like ‘I’m home.’” After her day in the city, Hall decided New York was the place where she would spend the rest of her life.

However, it wasn’t as simple as that. By the time Hall had completed her fourth-year internship at ABC News for the second time and decided that New York was her home, she discovered that solely because of the visa process for non-Americans, she was not the most desirable candidate to continue on as a full-time employee. “That was really disappointing obviously because you have the job that you want, you live in the place that you want, but a piece of paper determines that you cannot do those things,” she says.

Hall found herself back in Winnipeg and despite her frustration, she took it as an opportunity to gain some experience that she would not be able to have in New York by working as a writer, producer and reporter at Global News. “It ended up being an amazing experience because I was thrown into it and I learned a lot. I screwed up a ton, and it was kind of the perfect place to make those mistakes.”

After a few months Hall found herself back in the States, but this time in San Francisco working for a news start-up company. Although she wasn’t working her dream job in San Francisco, it ended up being the right move to help her get back to New York. “Because I was already in SFO and already had a visa, when I was applying for NY jobs, I was getting call backs that I wasn’t getting when I was applying from Canada,” she says. From there, Hall found her current position as an associate producer for Inside Edition.

Before she was a hotshot producer living in New York City, Hall recalls a memory at Ryerson where she had to call day care centres located in different high schools for a story. “I called this school and I was so scared to talk to this receptionist, and my voice went up 10 octaves and she was probably thinking, ‘Who is this 12 year old?’” Looking back now, Hall shares the importance of not being afraid to speak up and ask for what you want. “If the day requires it, I have to be able to say, ‘Mr. Trump what do you think of this?’ with conviction. Not being scared to say it like you mean it is so important to learn early on. Whether you’re talking to a high school receptionist or the future president.”