Hundreds of students, from dozens of programs, marched through downtown Toronto to show their school pride on Friday during Ryerson’s 57th annual parade and concert.

Students chanted, cheered and danced as they marched through the streets surrounding Ryerson’s campus. 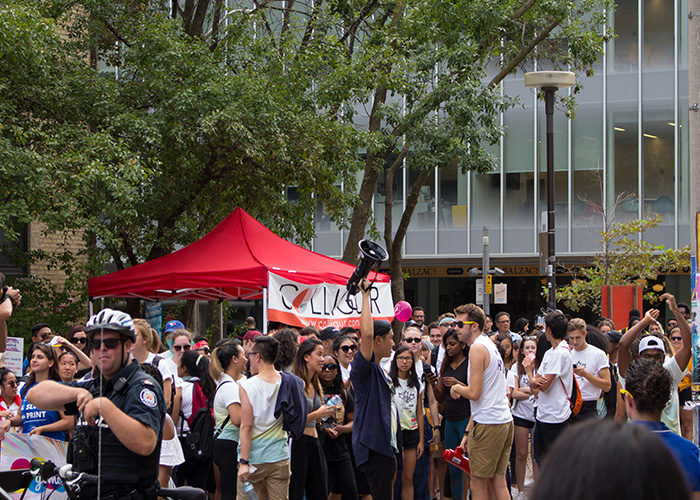 Students gathered into groups and represented their faculties, including Ryerson Engineering, the Faculty of Science, and students from the Ted Rogers School of Management. 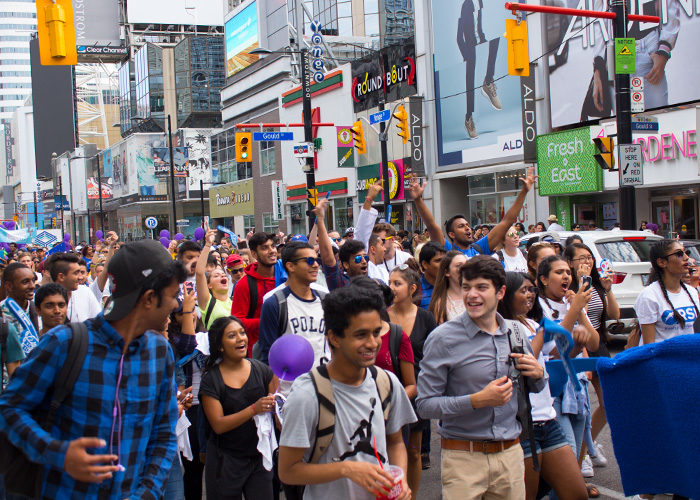 The parade’s energy reached its peak as the crowd marched its way up Yonge St. and then down Gerrard St. E, before finishing near the Quad on Gould St.

DJ DattaBass also kept the crowd’s spirits high, playing an extended set from the main RSU float as the parade looped around campus and passed through Yonge-Dundas Square.

“Ryerson’s the only school that can shut down traffic in downtown Toronto at 5:30 on a Friday,” DJ DattaBass said.

The parade remained peaceful with no visibly angry motorists. Some even slowed down to catch shirts thrown from the RSU float. 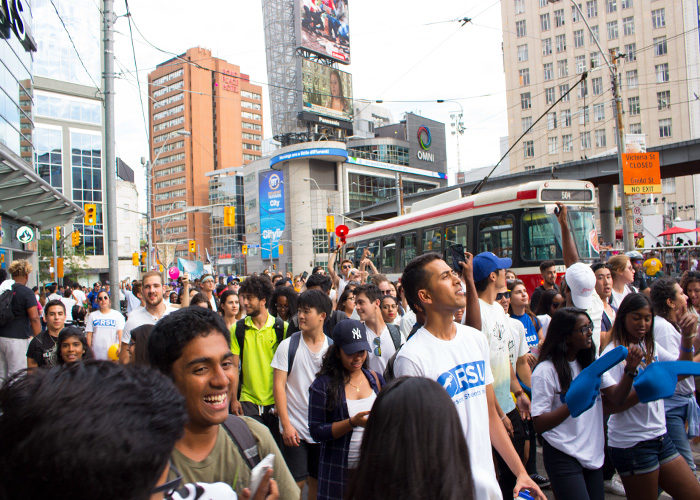 The annual parade has been a Ryerson Week of Welcome tradition since 1960. Historically, students marched down Yonge Street and were ferried to Toronto island for a picnic. This tradition ended in 2014, when Ryerson was banned from hosting the event on the island because of noise complaints. 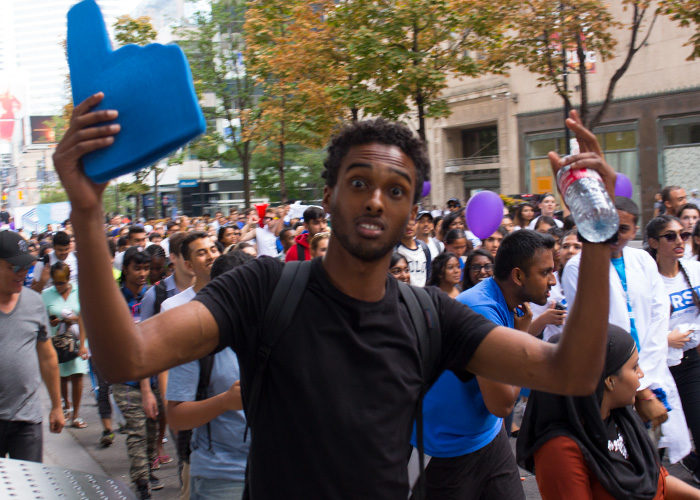 Drake is certainly here in spirit, lot of #OVO getting play with @DjDattaBass @theryersonian pic.twitter.com/LtovSoKoJM

This year, the post-parade concert was called the “Homegrown Music Festival,” and featured performances by several female musicians from the Toronto area. 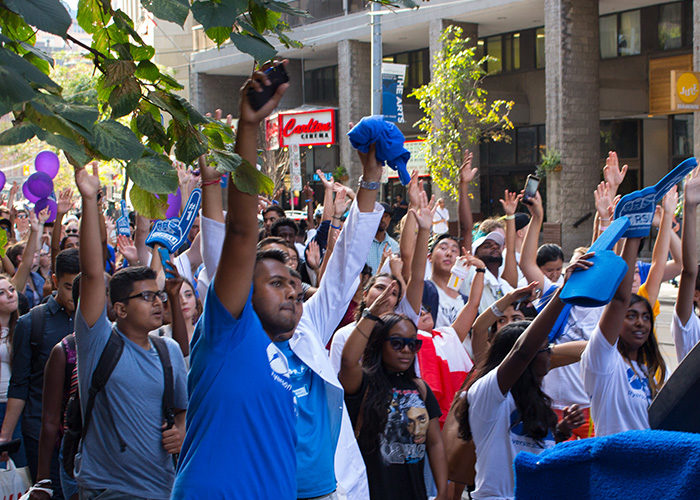 Friday’s event marked the end of Ryerson’s Week of Welcome, as students look to face the school year ahead.

CORRECTION: An earlier version of this story incorrectly stated that students spanning dozens of faculties attended the parade. Ryerson has dozens of programs, but only eight faculties. This version has been corrected. 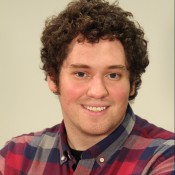