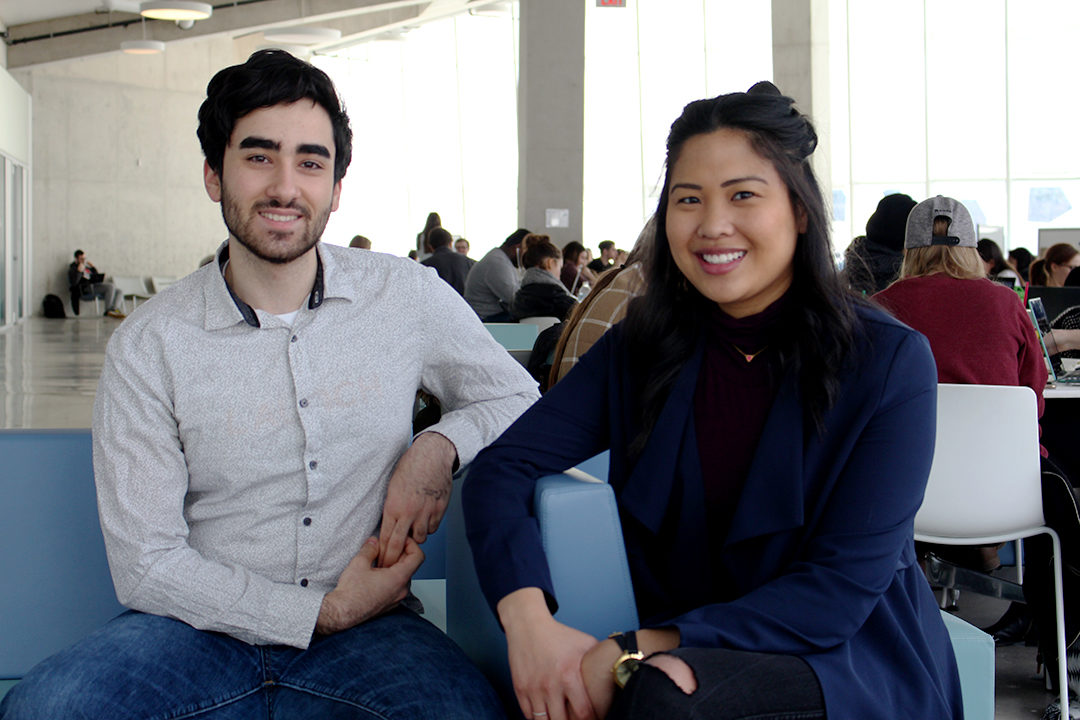 That’s the greatest number of tweets the campaign has seen since it began three years ago.

Jack.org is a Canadian initiative made up of young leaders that aim to transform the way society thinks about mental health.

Last year, nearly 87,000 tweets went out during the #RamsTalk campaign, leading to a donation of just over $4,000 from the campaign’s partner, Ryerson’s Brookfield Institute for Innovation and Entrepreneurship.

Nella Brodett, a 2015 Ryerson alumna who started the annual campaign in 2014, said it was a last minute push that made it come together in the end.

“In the morning I was nervous because it was a slow start,” she said. “But it feels good to get better success each year.”

Shayan Yazdanpanah, a third-year engineering student who took on a leadership role in this year’s campaign, said “it feels indescribably amazing to surpass last year’s record.

Brodett said she has never seen so much support from the university before.

It even reached beyond the Ryerson community, with city councillor Norm Kelly jumping on the #RamsTalk bandwagon, bringing with it another 773 retweets.
Coralie D’Souza, director of communications, events and community relations at Brookfield, said they were excited to be the sponsor of #RamsTalk because it’s a good cause that they believe in.

“It has created solidarity and support for those who suffer from mental illness,” she said.

Alix Kempf, the fundraising lead for Jack.org, said she thinks the #RamsTalk response from students has been “magical.”

“It’s one thing to be supported by parents or big funders,” she said. “But to get supported from the people you’re trying to help is incredible.”

Kempf said she hopes that this campaign leads to continued conversations about mental illness and helps students learn how to support peers who are suffering.

Yazdanpanah already has his sights set on next year. He wants to make #RamsTalk even bigger.

“We want to make people realize talking about mental health isn’t just one day a year, but every day,” he said. “People are there for you every day and we need to encourage people to speak up.”