Performance students are getting more comfortable after a rough start moving into their new space in the  SLC  last week.

“At the beginning, it was a bit difficult to move in,” said third-year acting student Dana Carrabon. The doors didn’t work well, he explained, causing access issues.

Carrabon said that despite these hiccups, the space is “state of the art.”

Carrabon is one of the many students to take advantage of the empty, open space between the two main studios. He called it their “common space.”

The area features students chatting, stretching, eating, and even juggling – but no couches. 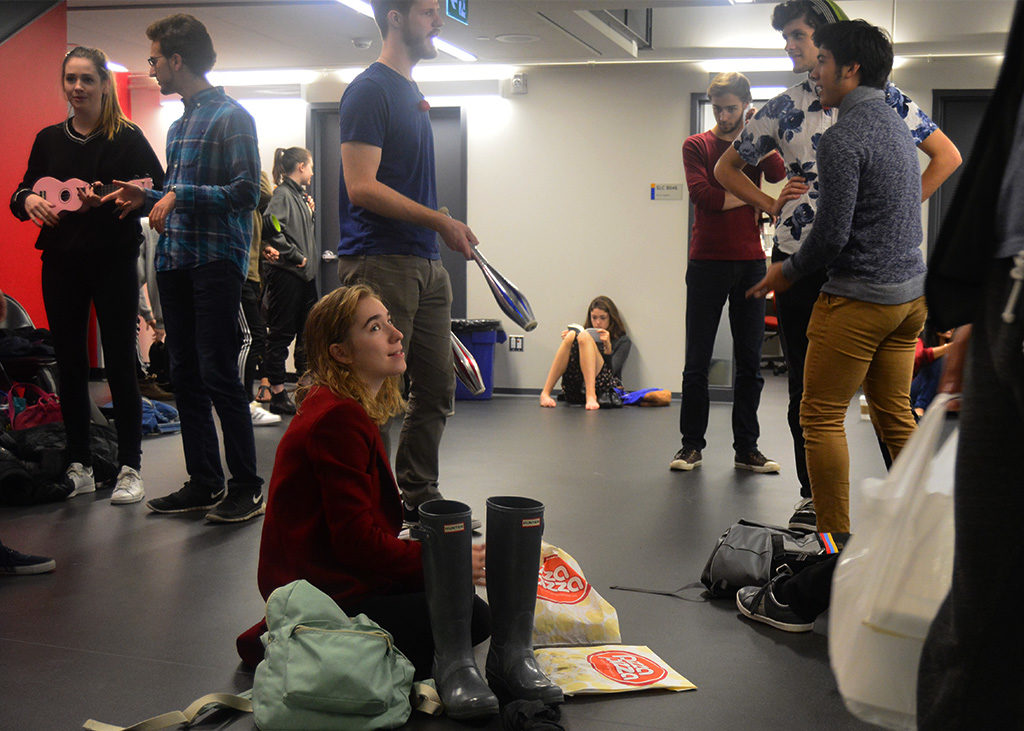 St Denys said that, because of the 15-minute window between classes and the rule against food in the dance studio, students have been sitting on the floor to eat and mingle.

It’s still becoming home and we’re still all here together. We still see each other every day and it’s still great,” said Carrabon.

But according to second-year dance student Tavia Christina, that is not the case.

“The bond from the three disciplines (acting, dance, production) was crucial to stay intact, which kind of got shafted,” said Christina.

She said this was because some classes take place outside of the new building, so she won’t run into production students unless they’re on set for a show.

“The family portion of it is difficult in this new setting, but we’re adjusting,” said Christina.

Despite an uneasy transition, she described the space as “beautiful.” 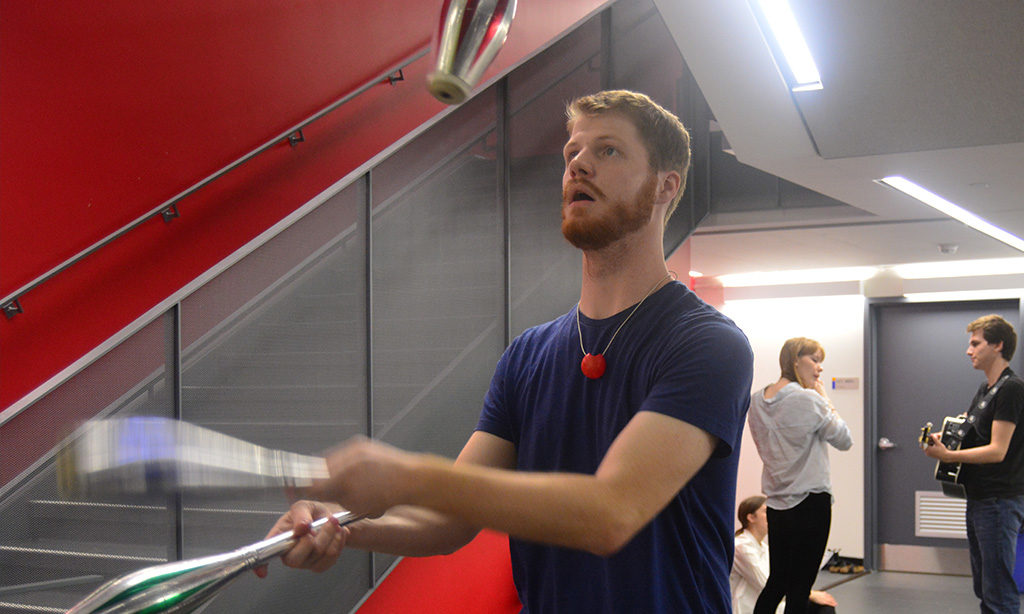