Down in the basement of Kerr Hall, upgrades to a decade-old wind tunnel have officially been revealed.

The most notable enhancement? A new motor that takes in enough power that all of Kerr Hall turned off the first time it was turned on.

According to aerospace engineering professor Goetz Bramesfeld, the new motor makes for the biggest energy sucker on campus when on full blast. With the motor upgrade, the wind tunnel can create speeds of up to 220 km/h.

Bramesfeld played a major role in the faculty-funded upgrades. Most of the grunt work — cleaning the inside of the tunnel and helping with construction — was done by his students. Other faculties even got involved in hooking up all the electrical wiring throughout the project.

Although the students did not receive course credit for their involvement, Bramesfeld said that being part of such a project is a valuable experience.

“Most people who get into engineering do so because they love taking things apart and putting them back together … this was a great opportunity to do just that,” he said.

Graduate, post-graduate and master’s students, as well as faculty and donors, were all in attendance. Dylan Krcmarov and Charlie Wang, two students in the aerospace engineering program and Bramesfeld’s research assistants, helped out with the upgrades.

They echoed the pride that Bramesfeld projected at the unveiling.

Bramesfeld said it doesn’t bother him that some experts may call wind tunnel testing outdated either.

He said that this sort of opinion has actually come full-circle now that running massive theoretical calculations on a computer can suck just as much energy as a practical test in a wind tunnel.

His assistant Wang said, “(Wind tunnel testing) brings a whole practical aspect to what we’re doing here. A lot of stuff we do is theoretical so (the new upgrades) give us the ability to turn the theoretical stuff into experimental data so you can see how those theoretical numbers are doing.”

There is always more work to be done though, Bramesfeld said. The next step will be to fix any imperfections on the inside of the tunnel which could affect test results.

You can watch a video tour of the wind tunnel here: https://www.ryersonian.ca/ryersoniantv-november-20-2015-trans-remembrance-day-at-ryerson-food-cost-increased-exclusive-wind-tunnel-at-kerr-hall/ 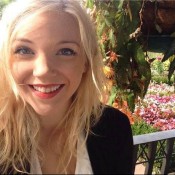