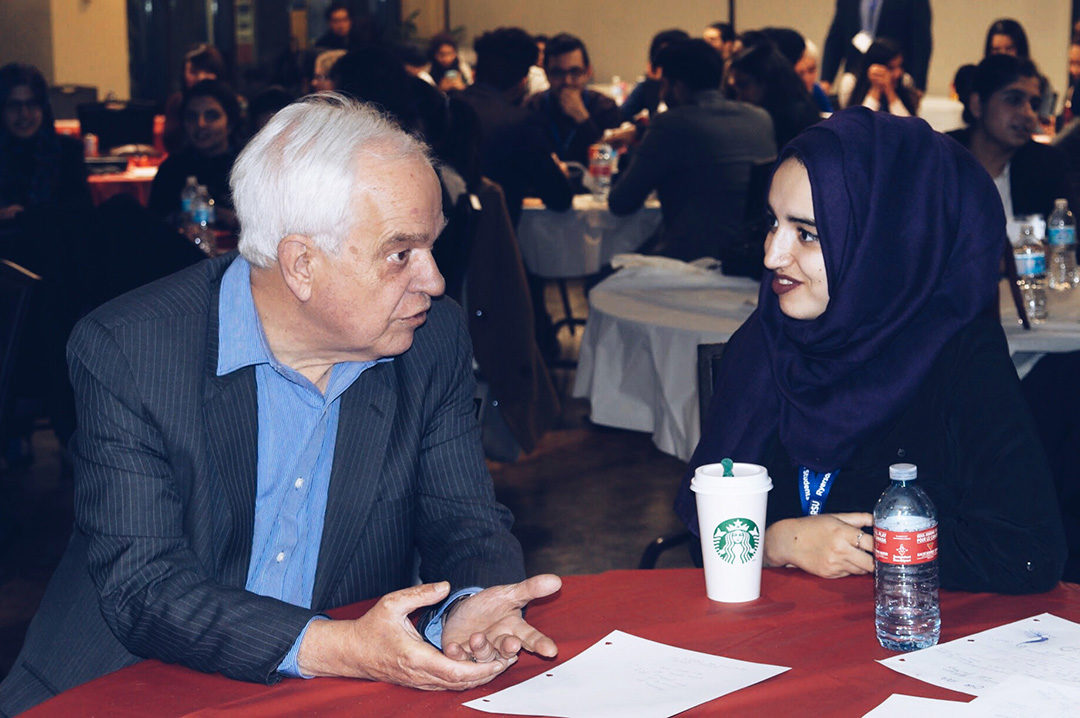 There are over 100 private sponsorship groups within the Ryerson University Lifeline Syria Challenge, but only 12 of them have seen the Syrian refugee families they’ve sponsored actually make it to Canada.

Now, it looks as though the rest of the sponsorship groups could have to wait until the end of the year – or early next year – for their families to arrive.

This is due to the Canadian government’s change and subsequent reversal of a policy on privately sponsored Syrian refugees.

On March 30, following public outcry and backlash from private-sponsorship groups, the government reversed a policy that saw Syrian refugees prioritized above refugees from other countries in order to bring them to Canada faster and in greater numbers. But the reversal gave private sponsors just 24 hours to file their applications, or else risk not having their sponsored families brought to Canada until 2017.

This left those working to bring refugees to Canada with many questions, few answers and no frame of reference for when their families might arrive.

By the end of February, the government had settled all of the 25,000 government-sponsored Syrian refugees it had promised to bring to Canada in a first wave.

It then closed the processing centres that had been operating abroad to speed up the application process and drastically reduced the number of staff working internally in Winnipeg.

A cap of 10,500 was also placed on how many privately sponsored Syrian refugees would be brought to Canada.

Immigration Minister John McCallum announced that any applications for Syrian refugees filed before March 31 will be processed by the end of this year, or early 2017, and will not count towards the cap number.

“Given that we’re at capacity, there’s a limit to how much we can do, even though I would really like it if we could accommodate fully all the generosity coming from Canadian families,” McCallum said in an interview with The Canadian Press last week.

But the announcement to extend the deadline, made just 24 hours prior, left sponsors scrambling to complete applications that can otherwise take weeks, if not months, to complete.

“There was a huge effort from both organizations to push any applications we could through by the deadline.”

Samar Saneinejad is a member of one of Ryerson’s Lifeline Syria Challenge sponsorship teams. Her team’s application to be matched with a family was one of those processed in the overnight efforts of Cuckier and her colleagues.

“But what we’re hearing now is that for our case, the timeline (to be matched, approved and to bring the sponsored refugee to Canada) could be anywhere from three months from approval, all the way to early 2017. That’s what they’re telling us. So there’s no definitive answer.”

For many who have already filed their applications, raised thousands of dollars, made arrangements for accommodation and been matched with a family in Syria, news that the families they’ve sponsored might not arrive until the end of this year is difficult.

Arif Virani, parliamentary secretary to McCallum, faced a packed room in St. Stephen-in-the-Fields church in Toronto on March 30 to hear the frustrated voices of hundreds of private sponsors and explain the government’s new policy.

Following a closed-door meeting with private-sponsorship groups on April 7, McCallum has announced that the government will be sending some of the relocated workers back to the Middle East to speed up the processing of applications.