Rye’s School of Performance has moved into its new home 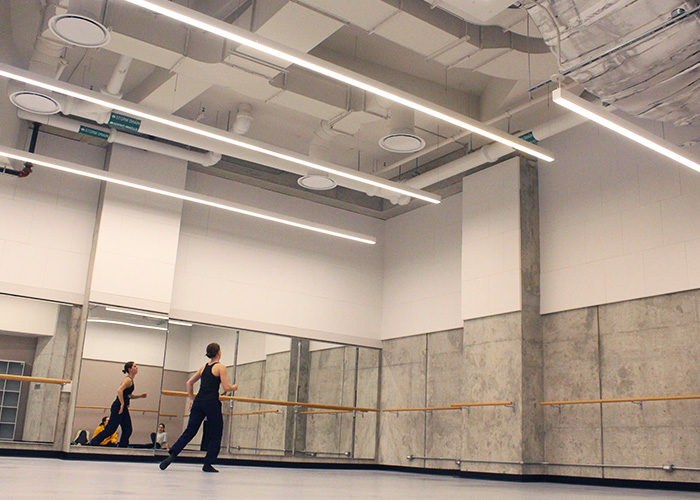 One of the new dance studios in the basement of the Student Learning Centre. (Kevin John Siazon)

After 18 months of planning and waiting, Ryerson’s School of Performance has finally moved into its new home.

The school moved into new studio spaces in the basement of the Student Learning Centre (SLC) starting Monday. Previously, the school was housed in the old Theatre School building at 44 Gerrard St. E., which is now closed.

“I think the students feel excited. It’s state of the art equipment, it’s [a] beautiful space — and it just feels good to be training the next generation of creative minds in a new facility,”  said Peggy Shannon, chair of the Ryerson School of Performance.

Shannon said despite the lengthy process, the space’s reveal was surprising. “Until yesterday, I had never stood in this space with lights on, I had never known what this room would feel like,” she said. 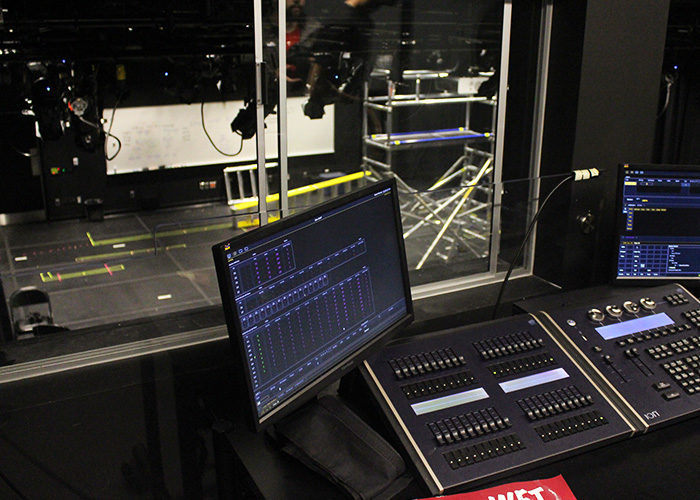 The new sound and lighting booth above the multi-purpose studio. (Kevin John Siazon)

Michaëla St-Pierre, fourth-year performance dance student, said the brand new space has a lot more potential and is much cleaner — noting that performance students use the space for much longer than just the average class time.

“Right now we’re just getting used to finding things, like where to do our group activities, where to have meetings, because the space is very different,” she said.

The space is a much-anticipated update for students and administration who were eager to move out of the outdated Theatre School building.

“It’s also good to finally have AC,” said St-Pierre, who often had to practise in the old building’s dance studio during the hot month of September.

“It would, in my opinion, get pretty dangerously hot and humid.”

Built in 1885, the Theatre School building had a growing number of problems related to its aging structure.

The lack of accessibility into the building proved to be a continuing challenge for certain students, while a flood caused by heavy rainstorm caused severe damages and at a hefty financial cost. Termites were also a problem in the old building, requiring the creation of a termite extermination program.

“We were in the oldest building on campus. It was initially the old pharmacy building. It was never intended for theatre or for performance, but it was where we ended up,” said Shannon.

“We did what artists do. We used every nook and cranny to make it work.”

“We had a goodbye party in the old building and now we can’t go in there anymore,” said St-Pierre. “It’s kind of sad to say goodbye to it.”

The old space is slated to undergo major renovations and construction and will eventually house the new Centre for Urban Innovation, projected to be completed by April 2018.

Shannon said that the move to the new space wasn’t free of problems.

“The first day was a challenge because we discovered on Sunday that the dance floors were ruined during construction…so there are areas that are unsafe,” said Shannon.

However, she adds, the space can only get better.

“I think the students are in heaven. They love this space”