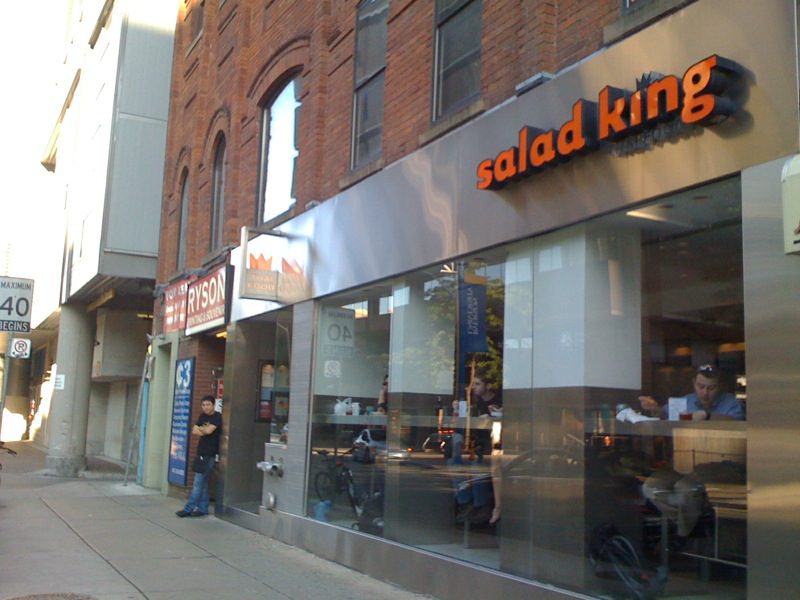 Ryerson students have even more reason to like Salad King. The Thai restaurant, located mere steps off campus, is now offering a  new $15,000 scholarship for Ryerson students, as well as an extension to its international student awards at the university.

The announcement was made during Ryerson’s first International Mother Language Day Festival on Feb. 29, as part of the restaurant’s 25th anniversary.

The Liu family also recognizes the difficulty for international students transitioning to life in Canada and uses the $5,000 a year Salad King International Student Awards to help students with financial burdens.

Alan Liu, managing director of Salad King, said the creation of the Ernest and Linda Liu Ontario Graduate Scholarship and the five-year extension of the current Salad King International Student Awards are just a couple things the restaurant is going to be introducing this year to celebrate its 25th anniversary.

“When we were working with Ryerson to determine how we would like to give back, we didn’t want to just give money,” Alan Liu said.  “We also wanted to give a little bit of ourselves and get more involved in the Ryerson community.”

In addition to the scholarship and awards, Salad King supports the Ryerson community through a variety of programs, such as Ryerson’s orientation week and the Student Initiative Fund through donating $20,000 worth of meals per year.

Salad King integrates itself with student life through sponsoring the Ryerson Students’ Union (RSU) Week of Welcome, assisting with student projects and providing a 20 per cent discount to all students during the daily student hours (2 p.m. to 5 p.m.).

“Ryerson has been a big part of our restaurant’s success and we are very grateful for the support of both the students and staff over the past 25 years,” said Ernest Liu, owner of Salad King, in a press release.

“The scholarships and awards are just a small way for us to say thanks for all that the community has given us.”