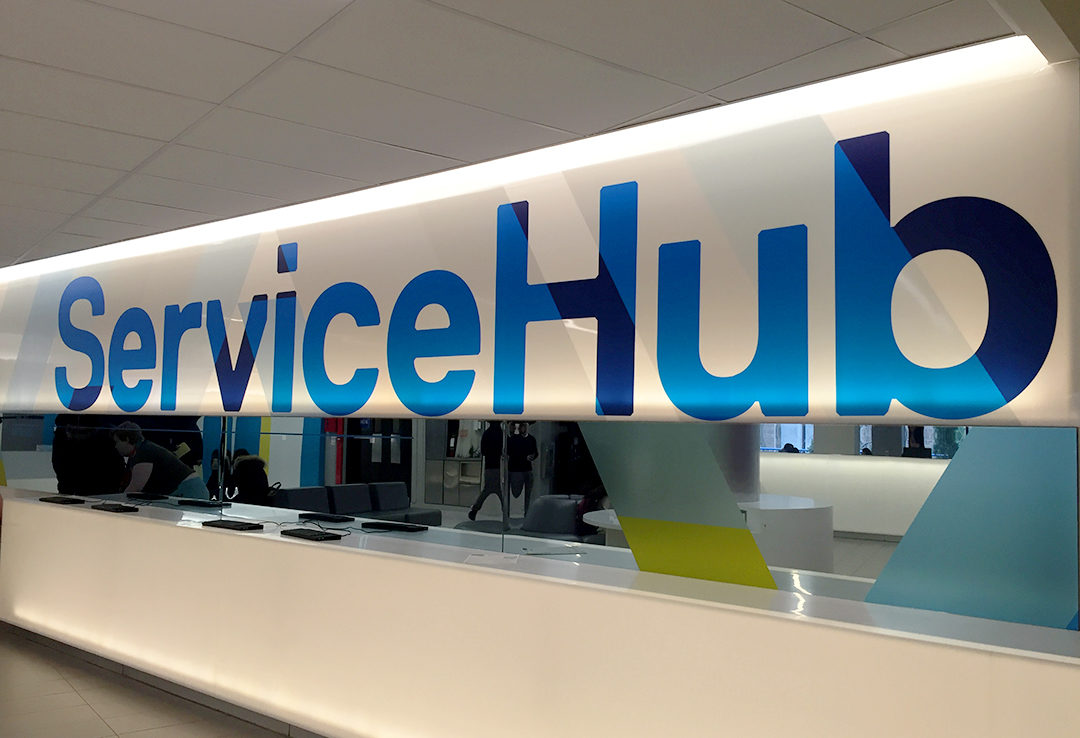 Ryerson University’s ServiceHub is intended to be the one-stop shop where you can pay your tuition fees, enrol in courses and pick up you transcript forms without the hassle.

Located next to the newly renovated Hub Café, the centre is designed to help students with issues from admissions to graduation.

“The ServiceHub eliminates the guess work for students on where they need to go and who they need to speak to when they have questions,” said Kevin Goodchild, assistant director of client relations.

However, some students don’t feel the same. Samuel Legros, third-year new media student, said although the employees were nice, he had to wait a long time to get served.

“It was a two-minute meeting, but I waited for at least two hours. It killed my whole break,” Legros said. He said he went in person to talk about financial assistance because they weren’t able to discuss his issue over the phone. “I understand how everything is centralized, but it would’ve saved time if I can just go to the financial office,” he said.

The ServiceHub officially opened in August 2015 and, in September alone, served 27,000 students.

In January, the ServiceHub planning team won the Blue & Gold Award for cutting down wait times – which were 30 to 60 minutes at three separate counters – to just two to four minutes at a single counter.

First-year fashion student Alina Yakus said she has used the ServiceHub a couple of times and has had good experiences.

“It’s pretty efficient and very easy to sign in,” Yakus said. She also said that the ServiceHub workers are good at redirecting her quickly to the right person to talk to.

Second-year aerospace engineering student Dinkar Mangla also said he likes the Hub. “The instructions are very clear,” he said, “and the waiting system is pretty cool too.”

Living with diabetes in Moose Factory