“If you find me a stronger word than that to express myself, then please fill it in,” he said.

The Ryersonian reported Jan. 29 that Mohamed had posted messages on his personal Facebook and Twitter accounts applauding the killing of two police officers in New York City.

The posts were made in late December, more than a month before Mohamed would announce his candidacy for the Ryerson Students’ Union (RSU) executive.

Several days later, he posted on Facebook, “Is it bad of me that I applaud the killing of the two cops in NYC?”

“The university will consider all of its options,” Levy said. “We take it very, very seriously.”

Mohamed apologized for the posts at the RSU all-candidates debate Feb. 2.

“It was an emotional time for me that led to me saying very insensitive things,” he said.

“I recognize and acknowledge that these comments may have personally hurt some of my fellow students; students I am now asking to represent. I made a mistake.”

His apology elicited little reaction from the audience.

In defense of his comments, Mohamed told a Ryersonian reporter Jan. 28 that they were made in a period of high racial tension in the U.S. “The killing of all these innocent black people was very hard for me because I also suffer from racial profiling,” Mohamed said. “I categorically, unequivocally condemn the use of violence in any situation and the harm of innocent people.”

After The Ryersonian saw the Facebook post and spoke with Mohamed, a reporter approached Cormac McGee, also running for vice-president education with the Transform RU slate. McGee condemned Mohamed’s remarks.

“To say that you that you support someone being murdered is pretty shocking,” McGee said.

He also said it was unprofessional of Mohamed to post those comments on social media.

If you find me a stronger word than (disgusting) to express myself, then please fill it in – Sheldon Levy, on Zidane Mohamed’s pro-violence social media posts

Since The Ryersonian published the story online Jan. 29, the Toronto Sun has also reported on the issue. The Sun story has received over 300 comments. Many of the
commenters suggested that because they assumed Mohamed to be Muslim, his faith was to blame for his posts.

“I experienced racism … quite horribly in the last few days,” Mohamed said at the Monday debate. “I’ve been receiving a lot of messages.”

One reader contacted The Ryersonian in an email, writing that Mohamed “will be reported to Toronto Police Service and RCMP as a dangerous person to watch 24×7.” The email was not signed.

“I don’t think there’s any basis for that,” the director of Ryerson’s privacy and cyber crime institute said.

Avner Levin said Mohamed was not inciting violence against police; he was voicing an opinion.

“One of the problems in society we have is we tend to equate inappropriate behaviour with illegal behaviour,” Levin said. Mohamed’s comments did not break any laws.

But still, Neil Thomlinson, an associate professor of politics and public administration who closely follows the RSU, said that students should consider Mohamed’s comments when they vote.

“The electors have a right to know the views of candidates for elected office … both good and bad,” Thomlinson said in an email.

With files from Billy Johnson. 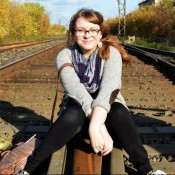 Is it ethical to report on private social media posts?