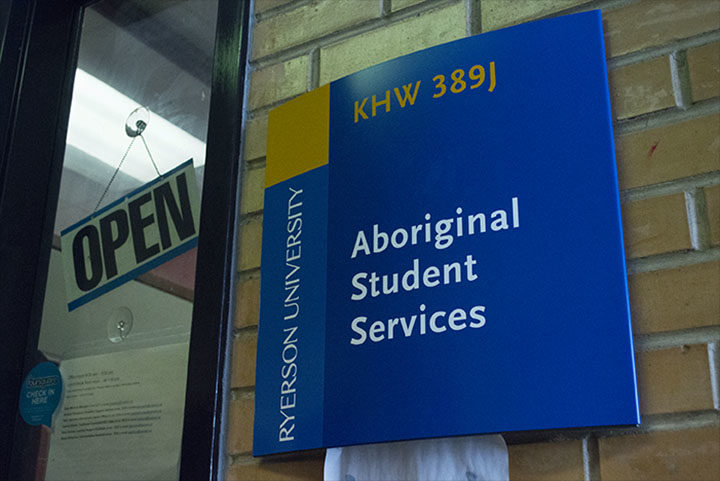 In 2008 the river running closest to Catherine Minich’s hometown in Pangnirtung, Nunavut, overflowed, washing out the bridge that connected the two halves of the community.

The flooding caused the permafrost to melt, bringing in more water. Without the bridge the part of town with the reservoir was cut off from the other, meaning water trucks were unable to deliver safe water to certain homes.

“A state of emergency was declared in order to get engineers to come in and rebuild the bridge,” said Minich. “It’s really where the seeds of my research project sprung from.”

Minich was one of four students to speak at the seventh annual Aboriginal Students’ Showcase on Feb. 18, an event held by the Ryerson Aboriginal Student Services (RASS) and the Aboriginal Education Council (AEC) to celebrate scholarly works by indigenous students on campus.

Minich is a second-year policy studies student at Ryerson. After the emergency in her hometown, she saw the need for better social policies on water access in Arctic communities. Climate change is also introducing new challenges up north.

All the presenters drew inspiration in one way or another from their own experiences and communities and then developed research projects that applied to their fields of study. All of the works presented rely on participation from the communities covered by their research. Much of what these students are working to understand, is being addressed for the first time or is part of longstanding, often unspoken issues among indigenous communities.

“Part of the council’s vision … is to create a space for our students to be able to showcase what it is that they’re learning,” said Monica Mckay, director of aboriginal initiatives with the AEC. “Too often I think that you can get into a space where you believe that you’re just a learner but (the students presenting) bring their gifts and abilities to this learning process.”

The presentations included works like applying indigenous knowledge to governance, public policy in Inuit communities and a documentary.

Réal Carrière is a doctoral candidate in policy studies. His focus is on his own people, the Nehinuw, a group of Cree people whose traditional area is in northern Saskatchewan, where Carrière grew up. 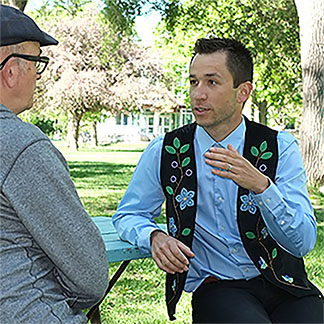 “When you grow up in an isolated area like I did, you don’t really know what’s going on … I wanted to remedy that,” said Carrière.

He presented his dissertation, which explores framing Indigenous governance through indigenous terms and methods. He expressed hope that one implication of his work will be to improve understanding and policymaking between communities and the federal government.

The event also drew attention to some of the challenges that indigenous students can navigate in the post-secondary system.

Athena Pheasant said she was always encouraged to attend post-secondary school, but that is not the case for many indigenous families.

Pheasant is a public policy and administration graduate student in her second term. After attending Dartmouth College in the U.S., she applied to Ryerson after learning about its partnership with the First Nations Technical Institute (FNIT), despite having been disappointed by her experiences at university in the past.

“I was not expecting to be asked to present…I think it’s important that the different achievements and different perspectives of aboriginal graduate students are brought forward and honoured,” Pheasant said.

Susan Enberg, a master’s student studying fine arts in documentary media, said she was let down by the education system. In the early 2000s, she was commissioned to write a sixth grade curriculum for the province, but when she tried to include information about the residential school system she was told to omit it.

“There are really huge structural problems that existed and still exist,” Enberg said. “The silences exist for a reason.”

She shared a rough cut of her documentary Erasing Cultural Genocide about the abuses associated with St. Anne’s residential school in Fort Albany First Nation in Ontario and the government corruption that continues to affect its survivors.

After the presentation, one woman asked Minich for advice about how indigenous students can approach interacting with other disciplines to address the needs of their community.